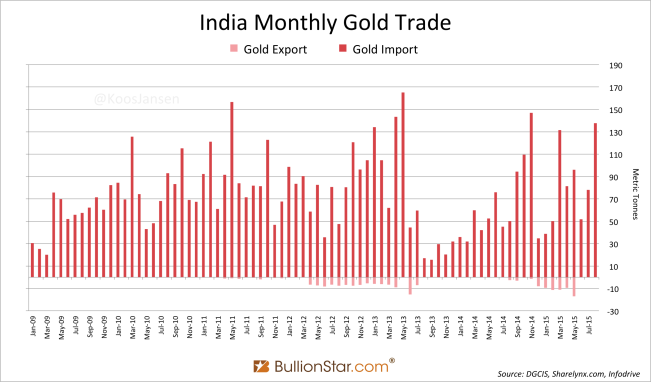 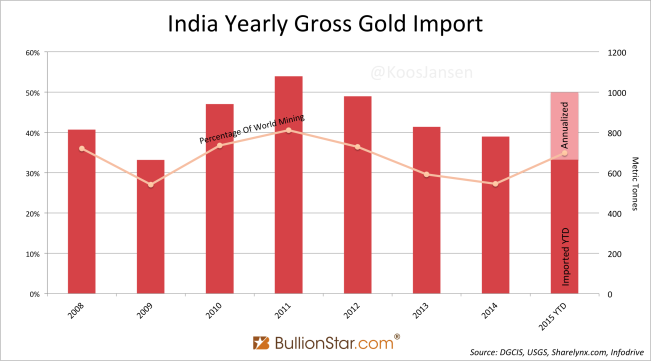 Year to date India has imported 666 tonnes of gold, up 69 % year on year. Annualized gold import is set to reach 998 tonnes – the second highest amount on record and 35 % of this year’s world mining production.

Currently precious metals demand from India is strong, which fits with alleged scarcity in the gold market.

Official data on the website of the DGCIS has yet to be released, although I think The Economic Times got their hands on a preview sheet from the DGCIS.

Silver import data was not disclosed by The Economic Times. When it’s released I will update this post below.

India’s custom department, the DGCIS, has just released the first official import numbers for gold and silver in August 2015. As expected, gold import totalled at 4.95 billion USD (138 tonnes), the same as The Economic Times reported on 16 September 2015, though silver bullion import appeared to be 363.41 million USD, which equates to 757 tonnes. This is very remarkable because according to preliminary data from InfoDrive India imported 1,400 tonnes of silver bullion in August. The difference being 643 tonnes – eyebrows raised.

Until I know what went wrong here – I can check if other countries release their silver export data to India for August within a couple of weeks – I can only go with the official data currently at my disposal. Below you can find the adjusted charts. 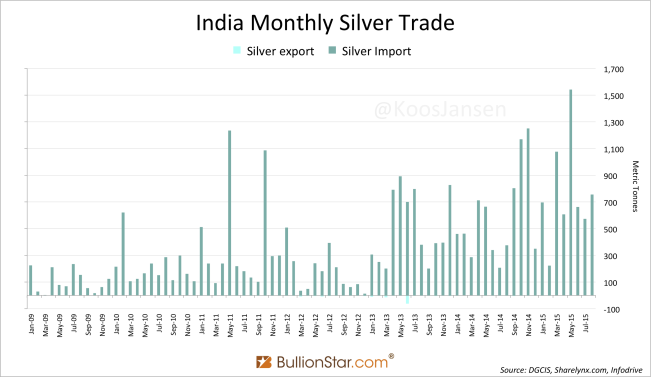 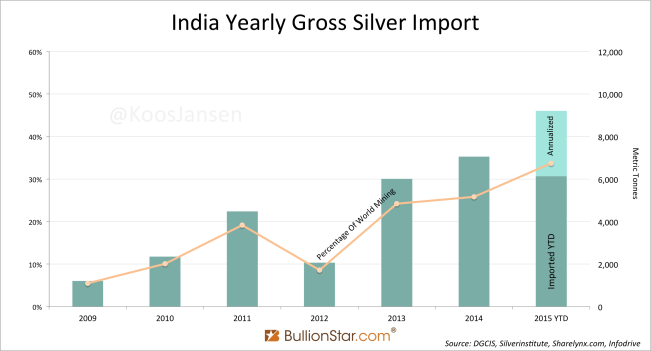