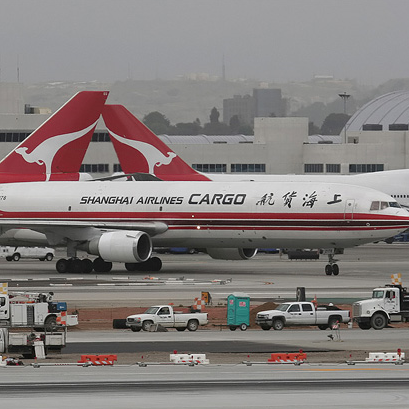 Chinese cross-border trade in gold refers to gold imported into, or exported from China. This gold trade can be in one of two forms of trade, General Trade or Processing Trade.

“Processing Trade” refers to the importation of raw materials or intermediate goods (components or parts) into China which are then processed in some way before being re-exported. The fabricating (value-add) activities of processing trade are predominantly undertaken within Chinese Free Trade Zones (FTZs).

The official rules on China’s cross-border gold trade are jointly formulated by the People’s Bank of China (PBoC) and the General Administration of Customs (GAC). These rules are issued in a document titled “Measures for the Import and Export of Gold and Gold Products” and are written in the form of 28 Articles[1][2]. Although the ‘Measures’ are jointly formulated by PBoC and GAC, the PBoC is solely responsible for enforcing and monitoring these cross-border gold trade rules. In theory, the Measures cover gold exports, but since exports of gold from China are generally prohibited under General Trade, the rules in practice predominantly apply to gold imports.

China’s cross-border trade rules apply to both Standard gold and non-Standard gold. Standard gold is gold bullion in bar or ingot form in weights of 50 grams, 100 grams, 1 kilogram, 3 kilograms or 12.5 kilograms, and having a gold fineness of 9999, 9995, 999 or 995. All Standard gold imported into the Chinese domestic gold (via through General Trade) is required to be sold in the first instance through a spot gold exchange. In practice, this is the Shanghai Gold Exchange (SGE). The ‘Measures’ state that:

“Gold to be imported … shall be registered at a spot gold exchange approved by the State Council where the first trade shall be completed.”

Non-standard gold covers such items as gold doré bars, gold ore, gold jewellery / ornaments and gold coins. When imported into the Chinese domestic gold market under General Trade, non-standard gold is not allowed to be sold through the SGE.

Only entities granted an Import and Export License for Gold and Gold Products can import gold into the Chinese domestic gold market, and only the PBoC can issue such a license. The ‘Measures’ state that:

A PBoC gold import and export licence form records such attributes as importer name, consignee, intended use of the gold, export country, weight of gold in consignment, purity of gold, and pure gold content[3]. Import shipments also have to be accompanied by a corresponding license.

The ‘Catalogue for the Regulation of the Import and Export of Gold and Gold Products’[4] refers to a list of 11 forms of gold by HS Code (trade code) covered by the Catalogue. This list, which includes HS code 71081200 (non-monetary unforged gold), covers fine gold bar imports, as well as diverse other types of gold such as gold scrap, gold powder, and gold jewellery.

In practice, only financial institutions are granted licences to import Standard Gold into China. The ‘Measures’ state that:

“An applicant for the import and export of gold … shall have corporate status, … it is a financial institution member or a market maker on a gold exchange approved by the State Council.”

Currently, 13 financial institutions are approved by the PBoC to hold a gold import license. Four of these are foreign banks, the other nine are Chinese banks:

Up until mid-2016, banks importing gold into China had to apply for an import quota and then apply for a permit for every import shipment of gold. This rule was referred to as “one batch one License”, with the “Measures” stating that:

“There shall be one Import and Export License of the People’s Bank of China for Gold and Gold Products for each batch of product and the License shall be used within 40 work days since the issuing date.”

In May 2016, the PBoC and GAC announced that they would trial an amended procedure beginning 1 June 2016 whereby each importing bank could use one permit for up to gold 12 shipments[5].

This trial was initially only for the entry ports (cities) of Shanghai, Beijing, Guangzhou, Shenzhen, Nanjing, and Qingdao[6][7].

In September 2015, Zijin Mining, one of China’s largest gold mining companies, became the first domestic company (other than a financial institution) to be approved by the PBoC to import gold into China[8]. Given the trend of international mine acquisitions by Chinese gold mining companies, this rule change by the PBoC suggests that the Chinese authorities want to encourage companies such as Zijin, China National Gold Group and Shandong Gold Group to apply for import gold import license so as to encourage them to import some of the gold production from their foreign mine locations[9].

2.^ “Measures for the Import and Export of Gold and Gold Products”, People’s Bank of China, General Administration of Customs, 1 April 2015, http://lawinfochina.com/display.aspx?id=19292&lib=law

3.^ Import and Export License of the People’s Bank of China for Gold and Gold Products https://static.bullionstar.com/blogs/uploads/2015/11/Import-and-Export-License-of-the-Peoples-Bank-of-China-for-Gold-and-Gold-Products.-Annex-1.pdf

4.^ The Catalogue of Managed Imports and Exports-Gold and Gold Products. English version in Page 2 and 3 of the pdf https://static.bullionstar.com/blogs/uploads/2015/10/The-Catalogue-of-Managed-Imports-and-Exports-Gold-and-Gold-Products-by-HS-code.pdf