Chinese Gold Mining as a Source of Gold Supply 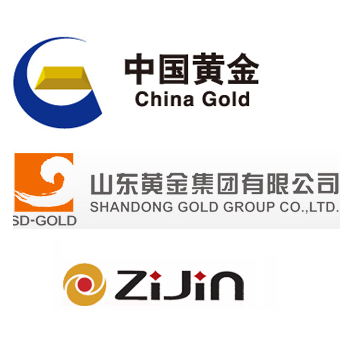 Chinese Gold Mining as a Source of Gold Supply

Domestic gold mining is China’s second largest source of gold supply after gold imports[1], and mining supply, together with gold imports, drives the supply side of the Chinese Gold Market supply-demand balance[2].

China’s annual gold mining output is far ahead of both Australia and Russia, the world’s second and third largest gold producers. These two countries produced 270 tonnes and 250 tonnes of gold mining output, respectively, during 2016[3]

Although the 2017 US Geological Survey (USGS) mineral commodity summary gold report states that China only has in ground gold reserves of 2000 tonnes (and the USGS has not updated this figure since 2009), the Chinese Ministry of Land and Resources circulates far higher figures.

The ten top Chinese gold producers account for over half of the country’s total refined gold output. The largest of these gold mining groups include:

China National Gold Group Corporation (CNG)[10] is China’s largest gold producing conglomerate. CNG is owned by the Chinese state and it reports directly the central government in Chinese. Notable, CNG is the only Chinese gold mining company to be a member of the World Gold Council. Companies under the CNG group umbrella include the domestic  mining company, the group’s international arm China Gold International Resources Corporation, and nationwide jewellery network Zhongjin Gold Jeweller.

Zhongjin Gold, headquartered in Beijing, is China’s largest gold mining producer. and owner of the largest in-ground gold reserves of all Chinese mining companies. Its largest mine is in the Dazhuohan region and it also controls gold mining resources in the Shandong province and in other areas of China. Zhongjin Gold shares are listed on the Shanghai Stock Exchange.

CNG corporation holds a 39% share in China Gold International which is listed on both the Hong Kong and Toronto stock exchanges. China Gold International also controls 2 operating gold mines in China, one of which is an open pit mine CSH mine located in Inner Mongolia and the other is the Jiama open-pit and underground copper-gold and other mineral (polymetallic) mine located in the Tibet Region. Together these 2 gold mines have proven / probable reserves of 5.1 million ounces of gold (159 tonnes), and measured / indicated resource of 8.5 million ounces (264 tonnes)[11].

Shandong Gold Group is a state-owned company controlled by Shandong Provincial Government, and is named after the Shandong province in East China, which is located north-west of Shanghai. Shandong’s stock is listed on the Shanghai and Shenzhen stock markets.

Four of its mine locations, each with over 100 tons of gold resources, are located in the Sanshan Island, Jiaojia, Linglong and Xincheng areas of Shandong. While most of the group’s gold resources are within Shandong, the Shandong Gold also controls gold resources in other areas of China and also outside China. Recently Shandong Gold discovered the huge new “Xiling” gold deposit near its Sanshan Island gold mine. According to Shandong, this Xiling gold deposit, which is still at the exploration stage, will in time produce over 550 tonnes of gold and will prove to become China’s largest ever single gold deposit.

Zijin Mining Group, one of China’s largest mining groups, controls mineral assets across gold, copper, iron ore and other minerals. The group is involved in exploration, mine development, mine production and refining, and has over 1350 tonnes of in-ground gold reserves/resources[13]. Zijin’s gold mines include the open-pit Zijinshan Gold & Copper Mine in Shanghang which contains one of the largest gold deposits in China, the open-pit Liba gold mine in Gansu province, the Shanggong underground gold mine in Hunan province, and the Dongping gold mine in Hebei province[14].

The group also has a 70% ownership in the Yinhui Gold Refinery located in Hunan province[15]. Zijin’s stock is listed on both the Shanghai and Hong Kong stock exchanges.

Hunan Gold Corporation, is headquartered in Huaihua in the southwestern Chinese province of Hunan, hence the ‘Hunan’ name. Formerly known as Chenzhou Mining Group, the group changed name to Hunan Gold during 2015. Hunan is involved in exploration, mining, processing and smelting of non-ferrous metals including gold. Gold bars / ingots produced by Hunan are fabricated under the Chenzhou brand name[16].

The Chinese Armed Gold Police Force is a special division which is tasked with gold and other mineral exploration across China, including geological gold surveys, drilling, and prioritising areas for exploration focus. In short, its main task is to “find gold for the country”.

Established by the then Chinese Premier Zhou Enlai in the late 1970s to identify gold resources within China, the plan was implemented by using engineering and construction detachments of the Chinese armed forces (People’s Liberation Army) to do the actual surveys, exploration, and subsequent mine construction.

Since its establishment, this Gold Army group has helped find over 1800 tonnes of gold within China[18].