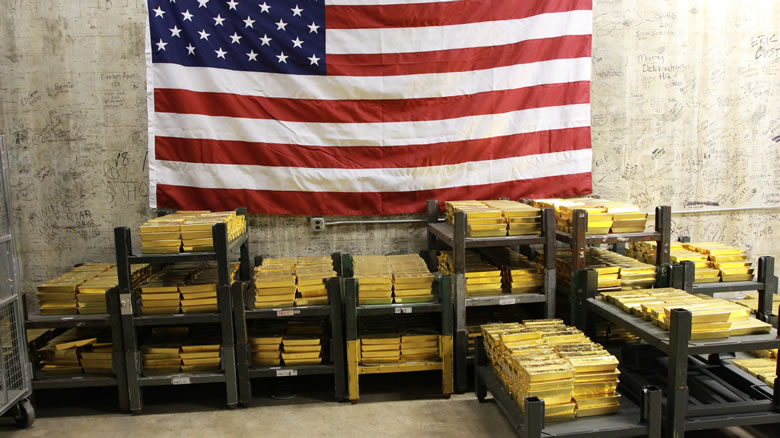 Although the US Mint is headquartered in Washington DC, its production facilities are based in four other locations across the US, namely Philadelphia, Denver, West Point in upstate New York, and San Francisco. The Fort Knox facility in Kentucky is exclusively a bullion depository and not a production facility. West Point and Denver also provide bullion depository and storage facilities for part of the US Treasury’s gold reserves.

The history of the US Mint has close parallels the history of gold and silver in the United States. The US Mint was established on 2 April 1792 by an Act of Congress which declared that “a mint for the purpose of a national coinage” be established[2]. In 1792, the US Coinage Act[3] also defined a dollar as equivalent to 371.25 grains of silver, while setting the proportional value of gold and silver at 15 to 1. The same year, the US Mint’s first coin minting facility opened in Philadelphia. As the Mint’s volumes expanded, many of the early production facilities were built at locations close to US gold discoveries. For example, a mint facility was established in Dahlonega, Georgia in 1838 following gold discoveries and the subsequent Georgia gold rush which had began in 1828. Similarly, a minting facility was set up in Charlotte in 1837 to facilitate assaying and minting of gold resulting from the 1820s North Carolina gold rush.

The San Francisco mint, which opened in 1854, also owes it’s genesis to the discovery of gold in the Sierra Nevada mountains in California in 1848 and the subsequent legendary California gold rush. The US Mint established its Denver facility in 1862, initially as a precious metals assay office in response to the Pike’s Peak gold rush in Colorado. One of the most important and busiest assay offices run by the US Mint over its history was the US Assay office in Manhattan, New York. This facility opened in 1954 but closed in December 1982.

While many of the US Mint’s minting facilities and assay offices have opened and closed over time[4] two of the Mint’s current and most high profile facilities were only established in the 1930s. The US Mint’s West Point bullion facility opened in 1938 on land formerly occupied by the West Point military facility that was deeded to the Treasury Department. The Fort Knox bullion depository opened in 1936 on land that was previously part of the Fort Knox military base. This land was also deeded to the Treasury Department. Both of these facilities are said to store US official gold reserves and both have the added security of being adjacent to US military installations.

Currently, the position of the Director of the US Mint is vacant, and the director’s office is run by the Principal Deputy Director[6], Rhett Jeppson. The Mint Director’s position has been vacant since Edmund Moy resigned in 2011[7], after which a subsequent presidential nominee failed to be appointed by Congress.[8].

The US mint has 1,600 employees, and since 1996 has operated under a system called the Public Enterprise Fund (PEF) US Code 5136[9], under which is generates its own revenues and doesn’t need funding (appropriations) from the US Federal Government[10]. US Mint revenues are derived from selling circulating coins to Federal Reserve Banks and branches, selling precious metals coins to Authorised Purchasers (see below), and selling proof coins and numismatic products to the public. Excess revenue not required by the US Mint PEF is transferred to the US Treasury’s General Fund.

The US Mint is authorised to issue a palladium bullion coin but has never done so. In 2010, Congress enacted the “American Eagle Palladium Bullion Coin Act of 2010”[21] which allows the Mint to produce a .9995 palladium American Eagle. The Treasury Secretary is authorised to issue a 1 oz palladium coin under paragraph (12) of Section 5112 (1) (a) of Title 31. The reason the Mint never issued a bullion palladium coin is that a feasibility study conducted by CPM Group on behalf of the Mint found that a bullion palladium would be unprofitable due to insufficient demand[22].

In 2015, the US Mint generated revenues of US$2.125 billion on its bullion coins sales, with silver and gold Eagles representing the majority of this segment. Revenues from silver Eagle sales totalled $785.4 million in 2015, while gold Eagle revenues totalled $979.6 million. American Buffalo gold coins sales added another $252.2 million in revenues. Platinum Eagle and America the Beautiful silver coin sales are both much smaller contributors to bullion revenue, due to their lower production and sales volumes.

The US Mint publishes regular updates about its bullion sales on its website[23]. These figures are closely watched in the precious metals industry since they act as a gauge of physical precious metal demand sentiment.

The five bullion coins in the US Mint’s bullion program (i.e. American Eagles, American Buffalos, and America the Beautiful silver coins) are sold exclusively to Authorised Purchasers[24] by the Mint at a price which reflects the cost to the Mint of sourcing the precious metals plus a premium to cover fabrication and operating costs. In turn, the Authorized Purchasers are expected to make a two-way market in the coins so as to provide market liquidity to the global customer base which comprises precious metals dealers all over the world.

Further information about these four companies can be found in BullionStar’s Gold University coverage of the US Gold Market.

The US Mint’s Gold Depositories

The US Treasury claims to own 8133.5 tonnes of gold[31], 4582 tonnes (147.3 million ounces) of which are stored in the US Mint bullion depository in Fort Knox[32], Kentucky, 1682 tonnes in the West Point[33] bullion storage facility in upstate New York, and 1364 tonnes in the US Mint facility in Denver[34], Colorado. These three storage facilities together total 7628 tonnes of gold. The US Treasury claims that it stores the remainder of its official gold reserves at the Federal Reserve Bank of New York (418 tonnes) and also as working stock for the US Mint (87 tonnes). For more information about US Treasury gold, see BullionStar blog articles “Where Did The Gold In Fort Knox Come From? Part One“, and “A First Glance At US Official Gold Reserves Audits“.

General activities of the Mint’s offices and facilities

1.^ Overview of US Mint https://www.treasury.gov/about/organizational-structure/offices/Treasurer-US/Pages/usmint-overview.aspx

5.^ US Office of the Treasurer, Department of the Treasury https://www.treasury.gov/about/organizational-structure/offices/Pages/Office-of-the-Treasurer.aspx

28.^ “Who are the US Mint’s Authorised Purchasers”, Smaulgld http://smaulgld.com/u-s-mints-authorized-purchasers

29.^ “The Family That Sells Gold to the Government”, Bloomberg, November 2011 http://www.bloomberg.com/news/articles/2011-11-03/the-family-that-sells-gold-to-the-government