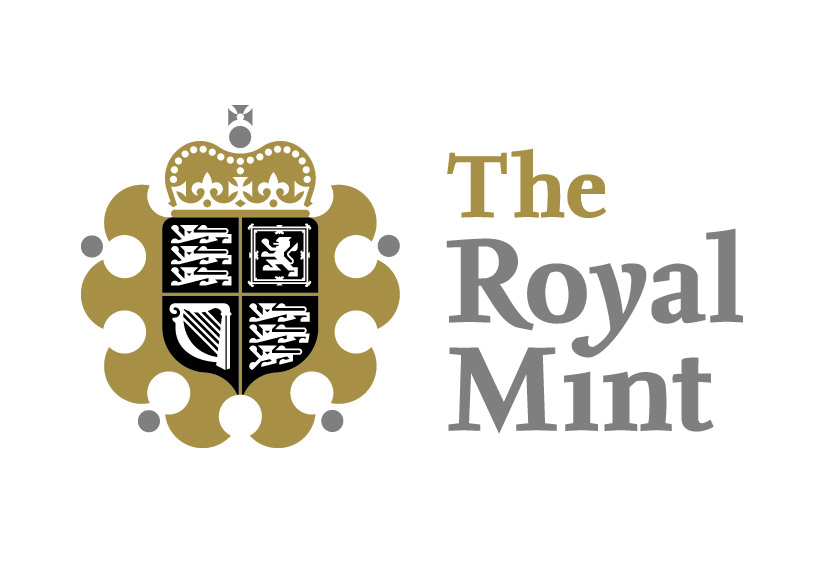 The Royal Mint is the United Kingdom’s national mint, and has the distinction of being the world’s oldest mint. The Mint’s facility occupies a 35 acre site in the district of Llantrisant, South Wales, and has been at that location since it moved out of London beginning in 1968. The Mint, fully owned by Her Majesty’s Treasury, produces circulation coinage for the UK and many other countries around the world, and also manufactures commemorative coins and medals, and a range of gold and silver bullion coins and bars. The Mint’s vault is available to the public for storage, but only for gold products purchased from the Mint. Storage is also available at the vault for holders of large 400 oz good delivery gold bars.

History of the Royal Mint

Established more than 1,100 years ago, the Royal Mint is the world’s oldest mint. Although the Mint’s history can be traced back to 886[1], it’s most notable location from 1279 was within the Tower of London where it remained for over 500 years. In 1810, the Mint moved to new premises on Tower Hill so as to accommodate the use of large stream driven coining presses.

As gold discoveries and subsequent large-scale gold mining developed in the 1800s and early 1900s in various colonies of the British Empire, the Royal Mint opened a series of branch mints near these gold mining operations, primarily to locally procude gold Sovereigns. Branch mints of the Royal Mint were established in Sydney, Australia in 1855, Melbourne in 1872, and Perth in 1899. In 1908, a Royal Mint branch mint opened in Ottawa, then a Canadian dominion of the British Empire. In 1918, a branch mint was opened in Bombay, India. Lastly, in 1923 a branch mint was set up in Pretoria, South Africa. Historic gold Sovereigns produced at these branch mints bear their own mint marks, for example P for Perth, C for Canada, SA for Pretoria and I for India.

Notably, the successors to some of these branch mints are now some of the largest independent commercial  mints and refineries in the world, namely, the Royal Canadian Mint (Canada), Perth Mint (Australia), and the South African Mint[4].

The Mint is operated as three distinct divisions, namely Circulating Coin, Commemorative Coin, and Bullion. The circulating coin division produces circulating coinage for the UK on behalf of HM Treasury, and also manufactures coins and coin blanks for over 40 other countries/central banks around the world. In 2015-16, these 40 countries comprised 10 nations in the Americas and Caribbean, 9 in Europe, 12 in Africa/Middle East, and 9 in Asia/Oceania. Similarly, the commemorative coin division fabricates commemorative coins and medals for HM Treasury and other mints and monetary authorities around the world, as well as official medals for the UK government and the international market.

The activities of the bullion division cover the production, distribution and marketing of bullion coins and bullion bars, as well as secure storage services for precious metals. The Royal Mint also licences the designs of its bullion products for production by other mints. Note that all of the Royal Mint’s manufacturing, distribution and marketing operations are centralised in the Mint’s Llantrisant, South Wales facility.

Of total revenues of £360.6 million generated by the Royal Mint over 2015-16, the circulating coin division’s revenue totalled £124 million, commemorative coin revenue totalled £51 million, while the bullion division contributed revenues of £185.6 million. Revenues in the Royal Mint’s bullion division have grown strongly, and for example were 64% higher in 2015-16 compared to 2014-15’s £113.5 million.

Bullion Products of the Royal Mint

The Mint has recently launched a number of new bullion coin ranges in addition to the Sovereign and Britannia[10]. A range of ‘Lunar’ gold coins featuring animals of the Chinese lunar years, launched in 2014, are issued in both gold and silver, with a new design released each year. The gold Lunars are made from 999.9 fine gold and are produced in 1 oz and 1/10 oz denominations. The silver Lunars are made from 99.9% pure silver, and are produced in the 1 oz denomination.

Like all major mints and refineries, the Royal Mint facility in Llantrisant also houses a secure precious metals vault. This vault was constructed in 1986 to Federal Standard 832 Class A vault specifications, and interestingly, also meets Bank of England vault specifications. As well as storing Mint inventory and precious metals supplies, the Mint more recently has launched a storage service called ‘The Vault’ which allows the public to purchase Royal Mint bullion products online and opt to store their purchases on an allocated and segregated basis in the Mint’s onsite vault. Another product offering called Signature Gold allows purchasers to buy small amounts of gold on a regular basis that are held on a pooled basis within large good delivery gold bars[12].

Additionally, the Mint also offers another storage service at ‘The Vault’ which allows owners of London Good delivery gold bars (400 ozs bars) to store these bars within the Llantrisant vault, with the Mint assuring that the bullion is “held securely – outside of the banking and London Clearing System”[13]. Notably, ‘The Vault’ is a distinct company whose sole shareholder is HM Treasury. Famously, Ministry of Defence police provided security at the Mint’s Llantrisant facility until mid 2016, after which security was re-assigned to controversial security group G4S[14].

The Royal Mint Museum and Experience

The Royal Mint Museum[15] is a distinct company from the Royal Mint, however, the companies collaborate when needed, and they are both fully owned by HM Treasury. The Museum maintains a collection of approximately 80,000 coins and medals, and about 30,000 pieces of minting equipment in addition to associated artwork. The Museum’s collection was started in 1816. The Royal Mint Museum organises exhibitions and events in various locations such as the British Museum and Tower of London, and is accessible to researchers. The Mint also runs a recently opened tourist venue adjacent to the Mint site, called ‘The Royal Mint Experience’[16].