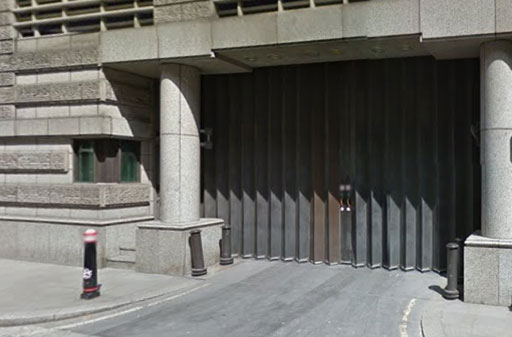 JP Morgan owns and operates one of the two large commercial gold vaults in central London, the other one being the HSBC vault. Along with the Bank of England vaults, JP Morgan and HSBC make up the three largest gold vaults in London. In total, JP Morgan is one of 8 custodians offering precious metals vaulting facilities to the London Gold Market, the other 7 being the Bank of England, HSBC, Barclays, Brinks, Loomis, Malca Amit and G4S[1]. JP Morgan is also one of 5 banks in London that are members of London Precious Metals Clearing Limited (LPMCL)[2], the private company which has a monopoly on gold and silver clearing services in the London Gold and Silver Markets.

On its website, the London Bullion Market Association (LBMA) publishes a list of custodians[3] offering precious metals vaulting services in the London market. For JP Morgan, the address listed by the LBMA is “JP Morgan Chase, 25 Bank Street, Canary Wharf, London E14 5JP”. However, this is not the location of JP Morgan’s precious metals vault in London. The location of the vault is not in Canary Wharf, but in the City of London, near Middle Temple, and between Fleet Street and Victoria Embankment.

JP Morgan Chase & Co is the largest bank in the US and operates as an investment bank as well as a commercial bank. The group has a huge international presence, and JP Morgan has been involved in the gold market in New York and London for many years. The parent entity JP Morgan Chase & Co, headquartered in New York, was formed via the 2004 merger of JP Morgan & Co and The Chase Manhattan Corp, therefore the group contains the legacy of some of the US’s most powerful banking entities such as the Morgans, the Rockefellers etc. In London, JP Morgan was one of the founding members of the London Bullion Market Association in 1987 through its Morgan Guaranty Trust Company of New York entity[4].

JP Morgan’s precious metals vault in London is a subterranean vault located in a deep basement under a JP Morgan building on John Carpenter Street, in the City of London, and very near the River Thames. In fact, the deep basement is an L-shaped structure positioned under 2 buildings, one of which is on adjacent Carmelite Street, Additionally, the actual drive-in entrance to the basement and vault is through a secure gated entrance located on Carmelite Street. Carmelite is a continuation of Whitefriar Street. Inside the entrance gate to the left, a vehicle ramp slopes downwards. 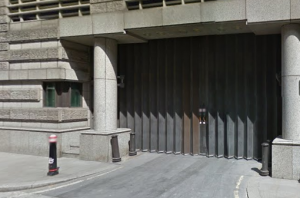 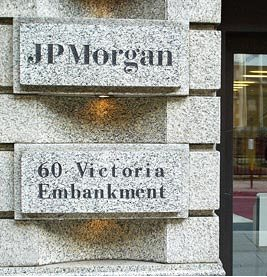 Morgan Guaranty Trust Company of New York (the JP Morgan entity) originally took occupancy of 60 Victoria Embankment (the John Carpenter Street building) in 1991, and leased the building until December 2010, at which point JP Morgan purchased the John Carpenter Street building[6], possibly because of the fact that the gold vault is in the building’s basement and JP Morgan wanted ownership and not just tenancy. JP Morgan’s leas on 60 Victoria Embankment was due to expire in early 2016, so this may have expedited the purchase[7].

The location of JP Morgan’s London gold vault was first publicised on website ZeroHedge in February 2013[8]. That posting allowed readers to contribute useful source information about the vault, such as the fact that the construction of the basement had been profiled in an academic paper in 1992 called “Prediction and performance of ground response due to construction of a deep basement at 60 Victoria Embankment”[9].

This paper also includes a useful map showing the L-shaped layout of the basement, the fact that it is underneath two buildings, and the fact that it runs under John Carpenter Street. In the paper, the smaller area to the north-west was referred to as the “Island site”, while the bigger site running north-south to the east of the Island site was referred to as the “Main” site. Click on below image of map to view larger version of image. 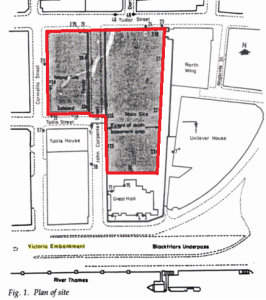 The introductory page to this 1992 paper is also highlighted below, and it states.

“A 19m deep excavation for a complex L-shaped basement was carried out using top-down construction techniques at a city site in London”.

“The development required the construction of a 19m deep basement on a complex river side site whilst retaining an existing listed building and facades, with the basement passing under one of the latter”. 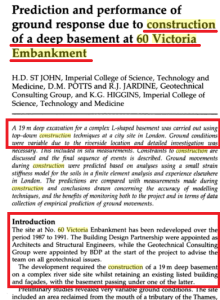 The existence of the JP Morgan vault at the 60 Victoria Embankment location is also confirmed in a LinkedIn profile of a person who was working on system upgrades in the building between 2009-2010[10]. The relevant text can be seen below. Click image to view larger version. 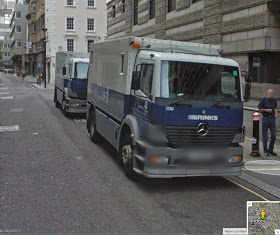 The iShares Gold Trust (IAU) operated by Blackrock is a physically backed gold Exchange Traded Fund (ETF). JP Morgan has been the custodian of IAU since the second half of 2010. IAU holds its gold in 3 vaults in 3 different countries, namely the JP Morgan vault in London, the JP Morgan vault in New York, and the Scotia Mocatta vault in Toronto, Canada. A gold bar inspection letter of the iShares Gold Trust dated December 2015 states that the JP Morgan London vault held 7011 Good Delivery gold bars on behalf of the trust at that time[11].

Given the large investment inflows into gold ETFs during the first quarter of 2016, the iShares Gold Trust was storing 9,355 Good Delivery gold bars (117 tonnes) at JP Morgan’s London vault as of 11 April 2016. The IAU gold bar list, which can change daily, can be viewed on the iShares website[12].

7.^ “JP Morgan to remain in London despite speculation it may quit UK”, The Guardian, August 2010 http://www.theguardian.com/business/2010/aug/09/jp-morgan-to-remain-in-london

8.^ “Is This Where The Secret JP Morgan London Gold Vault Is Located?”, Zerohedge.com 16 February 2013″ http://www.zerohedge.com/news/2013-02-16/where-secret-jp-morgan-london-gold-vault-located

9.^ “Prediction and performance of ground response due to construction of a deep basement at 60 Victoria Embankment in “Predictive soil mechanics: Proceedings of the Wroth Memorial Symposium held at St Catherine’s College, Oxford, 27-29 July 1992” http://www.icevirtuallibrary.com/doi/book/10.1680/psm.19164