An open letter to all pension funds

The United Nations (UN) is preparing a Multilateral Legal Framework for Debt Restructuring Processes. At the highest level an orderly sovereign debt restructuring for developed countries is designed.

As I’ve stated before on these pages, effectively the only thing Quantitative Easing (QE) can buy is time. Since 2008 our monetary wizards have merely been able to keep the can on the road, perpetually kicking it further into the abyss through QE. Solutions are still debated between policy makers behind closed doors, as our current fragile international monetary system does not allow public debate on significant changes or it will risk implosion.

If sustainable monetary solutions can be implemented at all from the top of governing bodies within a society waiving the flag of capitalism remains to be seen. In my opinion our system, which is still presented as capitalism, can only survive from the essential input of the economic agents operating at the bottom of the market, producing goods with labor, setting prices, taking risk and creating real wealth. Denying these fundamentals is what brought us into this crisis.

Please read below a few snippets from resolution 68/304 drafted by the United Nations (UN) in September 2014 on global sovereign debt restructuring. Reading between the lines the UN admits our current system is unsustainable and because of “systemic fragilities reform to strengthen the international financial system" is needed; a monetary reset. 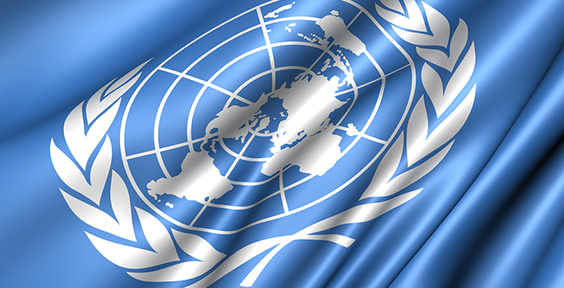 Resolution adopted by the General Assembly on 9 September 2014

68/304. Towards the establishment of a multilateral legal framework for sovereign debt restructuring processes

…Noting that sovereign debt crises are a recurring problem that involves very serious political, economic and social consequences and that the restructuring processes of sovereign debt are a frequent phenomenon in the international financial system,

Stressing the importance for developing countries, on a case-by-case basis, of debt relief, including debt cancellation, as appropriate, and debt restructuring as debt crisis prevention and management tools,

Stressing also the need to work towards the establishment of responsible and preventive financial crisis policies to enhance transparent and sustainable national financial systems,

Recognizing the sovereign right of any State to restructure its sovereign debt, which should not be frustrated or impeded by any measure emanating from another State,

Recognizing also that the efforts of a State to restructure its sovereign debt should not be frustrated or impeded by commercial creditors, including specialized investor funds such as hedge funds, which seek to undertake speculative purchases of its distressed debt at deeply discounted rates on secondary markets in order to pursue full payment via litigation,

…Noting also the concern expressed in the declaration of the Summit of Heads of State and Government of the Group of 77 and China on the theme “For a New World Order for Living Well”, held in Santa Cruz de la Sierra, Plurinational State of Bolivia, on 14 and 15 June 2014, concerning the so-called “vulture funds” and their actions of a highly speculative nature, which pose a risk to all future debt restructuring processes, for both developing and developed countries,

…Stressing also the need to continue to address systemic fragilities and imbalances and the need for continuing efforts to reform and strengthen the international financial system,

Noting with concern that the international financial system does not have a sound legal framework for the orderly and predictable restructuring of sovereign debt, which further increases the cost of non-compliance,

Recognizing the need to create a legal framework that facilitates the orderly restructuring of sovereign debts, allows the re-establishment of viability and growth without creating incentives that inadvertently increase the risk of non-compliance and acts as a deterrent to disruptive litigation that creditors could engage in during negotiations to restructure sovereign debts,

Stressing, in this context, the importance of establishing a clear set of principles for the management and resolution of financial crises that take into account the obligation of sovereign creditors to act in good faith and with a cooperative spirit to reach a consensual rearrangement of the debt of sovereign States,

Additional ad hoc meetings on a Multilateral Legal Framework for Debt Restructuring Processes, open to all Member States and observers of the United Nations, were held in February this year and will continue through March, May and June in New York.