On September 1, 2017, the Nikkei Asian Review published an article titled, “China sees new world order with oil benchmark backed by gold”, written by Damon Evans. Just below the headline in the introduction it states, “China is expected shortly to launch a crude oil futures contract priced in yuan and convertible into gold in what analysts say could be a game-changer for the industry”. Not long after the Nikkei piece was released ‘the story’ was widely copied in sensational analyses throughout the gold space. However, ‘the story’, as presented by Nikkei, doesn’t make sense at all. Allow me to share my 2 cents in addition to what I shared previously on the Daily Coin.

All the rumours and analyses on gold, oil and yuan that are making rounds now in the blogosphere are based on the Nikkei article. But the Nikkei article itself contains zero official sources. Basically, the whole story has been invented by Damon Evans. So, let’s start addressing the claims made in the Nikkei piece.

It’s true that the Shanghai Futures Exchange (SHFE) – not to be confused with the Shanghai Gold Exchange (SGE) – has recently set up a subsidiary called the Shanghai International Energy Exchange (INE), for foreign enterprises to trade a new oil futures contract denominated in yuan which is expected to be launched later this year (product symbol: SC). Specifications of the contract can be read here. In all official sources, though, there is no mention of gold. Officially this contract is not “convertible into gold”.

The Nikkei headline clearly reads “China sees new world order with oil benchmark backed by gold”. In this context, the word “backed” for most readers will refer to a fixed parity. In the past, for example, there was a fixed parity between gold and the US dollar; this meant the dollar was backed by gold through the US Treasury; dollars could be redeemed for gold at a fixed price and vice versa. In case of the Nikkei story it would imply a fixed parity between yuan, or oil (this is not clear), and gold. But how would China back anything with gold? Would China’s central bank (the PBOC) defend a fixed price of gold in yuan? And it would do so through an oil futures contract? Impossible.

Quickly ‘the story’ by Nikkei transformed through the blogosphere where analysts suggested the gold in SGE vaults would back the yuan. The problem with this theory is that gold in SGE vaults, (i) isn’t owned by the Chinese government, and (ii) isn’t allowed to be exported from the Chinese domestic market (not very convenient for foreign oil producers). Then analysts suggested the gold in vaults of the Shanghai International Gold Exchange (SGEI) would do the job. But SGEI gold, (i) isn’t owned by the Chinese government either, and (ii) can only have been sourced in the international gold market, payed for with US dollars. So much for the oil-gold trade circumventing US dollars as presented by Nikkei.

Now, let’s zoom in on the logic behind the phrase “crude oil futures contract priced in yuan and convertible into gold”. Futures contracts are an agreement between two traders about the future price of i.e. a commodity (usually denominated in a currency, in the case of the INE contract yuan). There can be no third asset, commodity or currency involved in a futures contract. It cannot be that upon physical delivery of SC – when oil is exchanged for yuan – one of the two traders will say, “you know what, I don’t want yuan (or oil), I want gold”. And, needless to say, the Chinese government will not mingle in the futures trade. The PBOC will not jump in when a SC short or long demands gold. Again, the new INE oil futures contract denominated in yuan will have nothing to do with gold.

What is possible is that when a SC short delivers oil in exchange for yuan, he is then free to buy gold with the proceeds. One can do so directly on the SGEI where three physical gold products denominated in yuan are listed.

Though, be reminded, currently no oil producer is prohibited from buying gold (or something else for that matter) when paid in US dollars. That’s actually the very function of money. Money is used, since ancient times, for what is called indirect exchange. Stuff is sold for money, and with that money all other stuff can be bought. Gold can be bought with the proceeds from oil sales since … forever. An oil futures contract will not suddenly change all that. In the Nikkei piece one analysts was quoted saying:

It’s a transfer of holding their assets in black liquid to yellow metal. It’s a strategic move swapping oil for gold, rather than for U.S. Treasuries, which can be printed out of thin air.

But oil producers are free to buy gold with their moneys (yuan or dollars) with or without the new futures contract. The INE contract will not remove an obligation i.e. for Kuwait to invest in U.S. Treasuries. So, what will change when this new oil-yuan futures contract is launched?

Also bear in mind that futures are hardly ever physically delivered. Futures are used for hedging and speculation. In general, commodities are physically traded in the spot market. Oil for dollars, chocolate for Swiss francs, Dutch cheese for euros, etcetera. Futures contracts are not necessarily needed to sell oil for yuan. Nikkei wrote:

China’s move will allow exporters such as Russia and Iran to circumvent U.S. sanctions by trading in yuan.

But effectively, Venezuela, Russia and Iran can sell their oil to China in exchange for yuan as of this very moment, before the oil-yuan futures contract is live. They also could have done so three years ago. So, in my very humble opinion the new INE contract will not be the instant game changer everybody is talking about.

Perhaps also noteworthy, one commentator on the Nikkei story wrote:

My comments on this paragraph:

Prior to publication of the Nikkei article in question I got an email from Evans. He asked me if “China will tie a gold guarantee to the new oil contract?”. I replied, “No. I would be surprised if they did that”. But my quote wasn’t selected for the final publication. The piece only quoted analysts singing the same song. In my view, that’s not what sound journalism is about. First of all Evans didn’t use any official sources, and second he picked analysts that confirmed his bias.

Aside from all the inaccuracies in the Nikkei article, what stands out for me is that indeed a large number of countries is willing to trade oil in yuan and the new INE futures contract is important for this development as it allows oil producers and users to hedge directly in renminbi. And so the INE contract will support oil for yuan trading. That’s what the article should have focussed on.

Although not much has happened yet*, it’s clear Asia wants to get rid of the petrodollar, and it will be interesting to see how this initiative develops.

*Still the majority of global trade is conducted in US dollars, and most foreign exchange reserves are in dollars too. The share of yuan payments, compared to all other currencies,  tracked by payment service provider SWIFT were under 2 % in June, down slightly from two years ago. (I have no data on CIPS payments.) 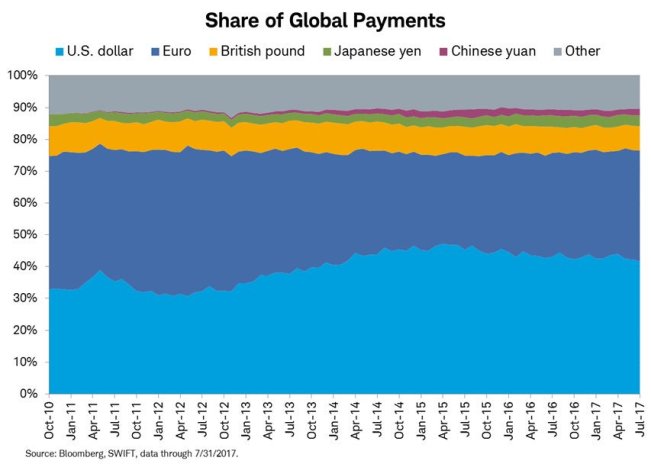 And even China has added over $107 billion in U.S. Treasuries since November 2016. 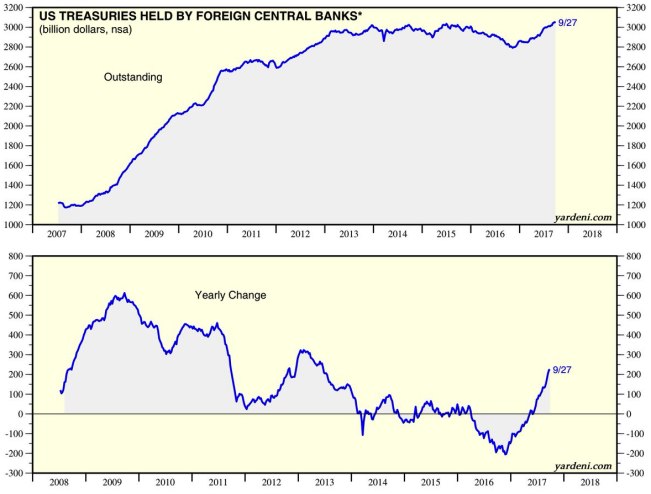 If you would like to learn more about the Chinese gold market and the SGE(I), please read my recently updated Chinese Gold Market Essentials Guide.