Gold Is Going To Play A Role In A New Monetary System. Interview Koos Jansen by ‘Dutch Financial Times’

In the Netherlands we have a financial newspaper that prints on pink paper and is named “Het Financieel Dagblad”. Basically it’s the Dutch equivalent of the Financial Times. A few weeks ago I was interviewed by two of their reporters, Joost van Kuppeveld and Lenneke Arts. Today the interview was published as part of a series of interviews with gold experts, among others, with myself and Aerdt Houben, Director Financial Markets at the Dutch central bank (DNB). Perhaps not surprisingly I disagree with several statements of Houben in his interview, to which I would like to respond in a forthcoming post. For now, you can read my interview below. In case readers didn’t know my real name is Jan Nieuwenhuijs, and Koos Jansen is my Internet alias. Het Financieel Dagblad preferred to disclose my real name.

“The whole world is now in the same boat. Everywhere there are low interest rates and on all continents money is printed. Only the United States has paused printing for the moment.

There are many flaws in fiat money. You can print it without limitations, which is politically too tempting. Fiat money printing was used to save the financial system in 2008, but since then nothing has changed. Banks are not split. In a next crisis it’s going to end badly with paper money. There will be significant inflation. 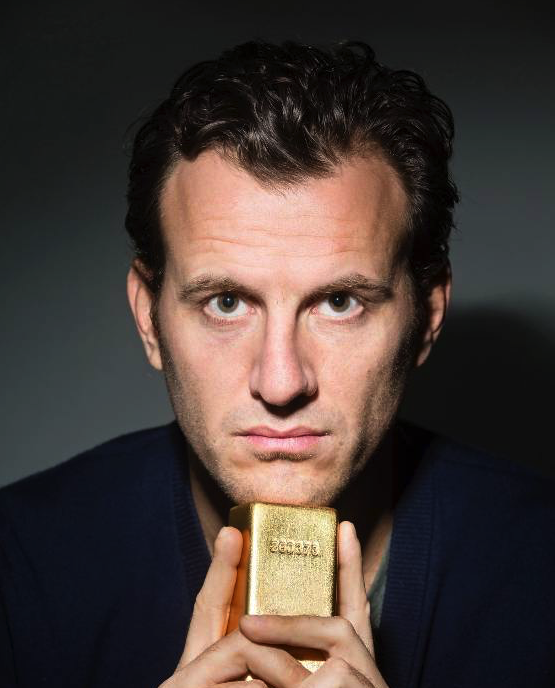 Gold is a hard currency. It can’t be printed – like fiat money. It is divisible and it does not perish. It retains its purchasing power in the long term. If it’s in the center of the monetary system, it will also be more stable in terms of purchasing power in the short and medium term. That has to do with economic principles; it is a commodity. In that respect I feel safe by keeping a portion of my savings in physical gold. I am protected from economic shocks. If the euro falls gold rises, and so my purchasing power is maintained.

Something has to happen in the international monetary system. It cannot stay centred around the dollar. Since 1971 – when the dollar was detached from gold – the United States has an exorbitant privilege. Most trade in the world is settled in dollars. Therefore, there is a huge demand for dollars in the world, and the US can simply print these dollars.

In the new system gold is going  play a role. Look at the developments in Europe. The Netherlands and Germany get their gold back from America. Austria and Belgium are also repatriating. Russia and China buy a lot of gold. The Chinese have too many dollars in foreign exchange reserves and are therefore at the mercy of the whims of US policy. The transition to a new system will be gradual. No one wants a new shock.

With my blog I try to fill the gap between mainstream media, who do not understand gold, and conspiracy theorists. I always try to seek the truth. Because if we get a new financial crisis, we must know the truth. The Dutch central bank shouldn’t state it holds 600 tonnes if it can’t show us the audit reports and gold bar list. That’s why I’m pushing for the audit reports and gold bars list to be publicly released, but those requests find a lot of resistance at my national bank. While you would think they can be fully transparent. What’s there to hide?"