As part of the wide analysis of the Chinese domestic gold market I would like to share that since the seventies there is a special army in China dedicated to gold. It’s called The Gold Armed Police – if you can read Chinese have a look at this Wikipedia page.

It’s no coincidence this army came into existence in 1979, eight year after the US left the gold standard and when China started opening up under the guidance of Deng Xiaoping. As, this was the moment the Chinese slowly started to reform their economy and made the first preparations in their gold market. They knew, among others, the global dollar standard wouldn’t last forever.

On 29 October 1976 representatives of the Chinese central bank and the Federal Reserve (US, Arthur Burns) met in China and discussed international economics. From Wikileaks:

IN INTERNATIONAL ECONOMICS, THE DISCUSSION CONSISTED MAINLY OF QUESTIONS BY THE CHINESE AND ANSWERS BY DR. BURNS, ALTHOUGH THE CHINESE VIEW THAT INFLATION IS A SYMPTOM OF ECONOMIC WEAKNESS CAME THROUGH CLEARLY. THE CHINESE ASKED ABOUT DR. BURNS’ VIEWS OF THE IMF CONFERENCE AND WERE PARTICULARLY INTERESTED IN THE IMF GOLD AUCTIONS, AND THE ISSUANCE OF SDR’S. THE CHINESE ASKED ABOUT THE PROBLEM OF CONTROLLING THE $200 BILLION IN EURODOLLARS, AND GAVE THE IMPRESSION THAT THEY CONSIDERED THE EURODOLLAR MARKET A THREAT TO EXCHANGE RATE STABILITY, WHICH BY IMPLICATION THEY SEEMED TO FAVOR. THEY ALSO ASKED ABOUT COMPARATIVE GROWTH RATES AMONG THE OECD COUNTRIES. AGAIN, THE CHINESE BANKERS WERE WELL INFORMED AND HAD THEIR QUESTIONS WELL PREPARED.

In the quote from Wikileaks we can clearly read the Chinese were interested in gold. However, the Chinese economy was completely centrally planned at the time and they were not a member of the World Trade Organization or the giant exporter of goods they are now. Therefor, I suspect China had little resources to acquire gold – in the seventies China’s foreign exchange reserves were very small – while they urgently needed to increase their reserves. 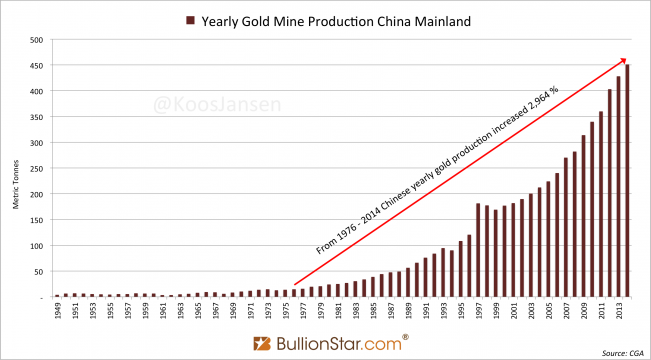 Remember that before 2002 the PBOC had the monopoly on all gold trade in China. Mining output (and potential import) was transferred to the PBOC that set the domestic gold price and distributed the gold to a limited amount of designated jewelry shops or kept the metal for its official reserves. The Gold Armed Police and the PBOC must be closely associated.

Next to exploration the Gold Armed Police was also assigned to guard the mines and to do other tasks. And here is where it becomes interesting. Gold market insider James Rickards has written in The Death Of Money (2014):

A senior manager of G4S, one of the world’s leading secure logistics firms, recently revealed to a gold industry executive that he had personally transported gold into China by land through central Asian mountain passes at the head of a column of People’s Liberation Army tanks and armored transport vehicles. This gold was in the form of the 400- ounce “good delivery” bars favored by central banks rather than the smaller one- kilo bars imported through regular channels and favored by retail investors.

The other day I spoke to a gold market insider, that likes to remain anonymous, who told me “some central banks send their own airplanes to London to pick up monetary gold” when we were discussing purchases from China’s central bank in the UK. I’m quite sure the PBOC has bought a substantial amount of gold in London in recent years and I suspect the Gold Armed Police is distributing the monetary metal.

So how does the PBOC buy gold in London? Through which proxy do they do they purchase the metal? Well, that’s hard to say. But, if I may freely speculate the Bank Of China is part of this. If we read the Chinese Wikipedia page about the Foreign Exchange Reserves of the People’s Republic of China (not the English page) it states:

The FX reserves of the Chinese mainland are State-owned assets and managed by SAFE and the PBOC, the actual business operations are carried out by the Bank of China.

The Bank Of China is a commercial state-owned bank and LBMA member that can be one of the proxies for the PBOC’s monetary gold purchases around the globe. So, possibly the Bank Of China buys gold in the London OTC market, which is then transported by the Gold Armed Police to PBOC vaults in Beijing.

Below is an article I found on The China Times about the Gold Armed Police:

China has a military unit dedicated to gold exploration, this unit is the only one of its kind in the world.

The gold exploration unit was established in the beginning of China’s reform and opening up, when the country urgently needed to increase its gold reserves. The unit has found more than 1800 tons of gold so far, helping China become the world’s largest gold-producing country. 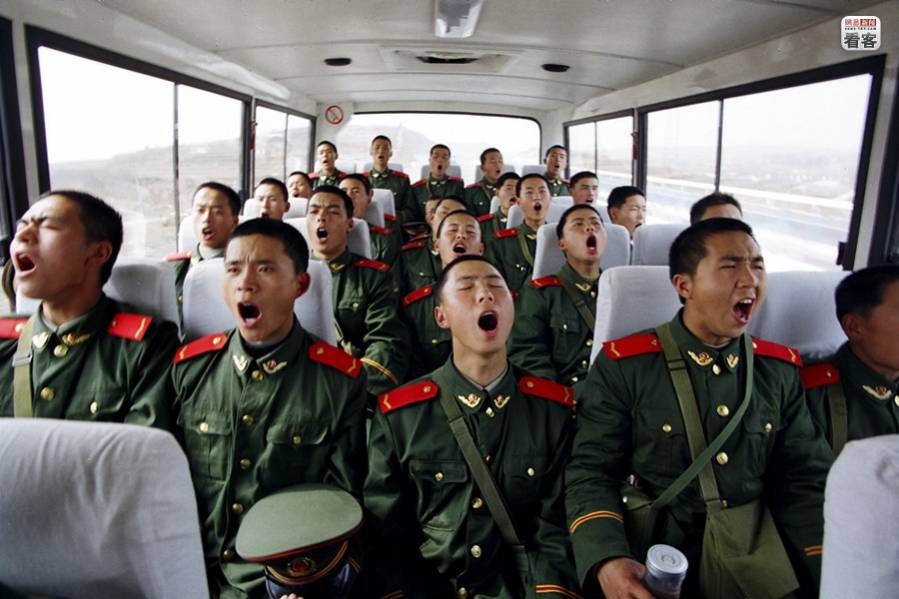 Gold reserves are usually located in remote and inaccessible areas. The picture shows soldiers from the 8th detachment of the gold exploration unit fighting sandstorm in Lop Nur in August 2002. 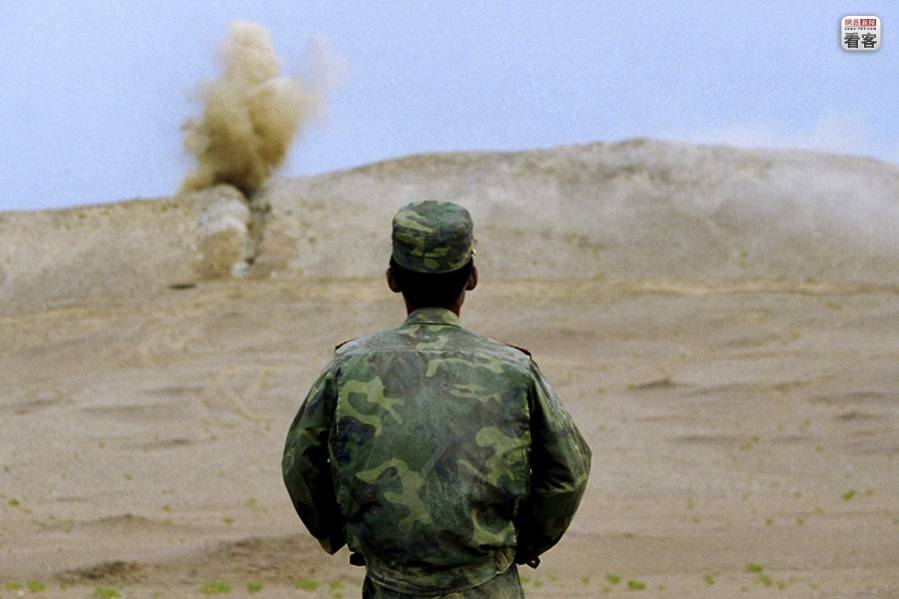 In 1995, China’s gold production for the first time exceeded one hundred tons, taking the 8th place in the world. More than half of the gold reserves were found by the gold exploration unit. Eight years later, China’s annual gold production exceeded 200 tons. The picture shows a soldiers from the 8th detachment of the gold exploration unit carrying out explosion works in August 2002. 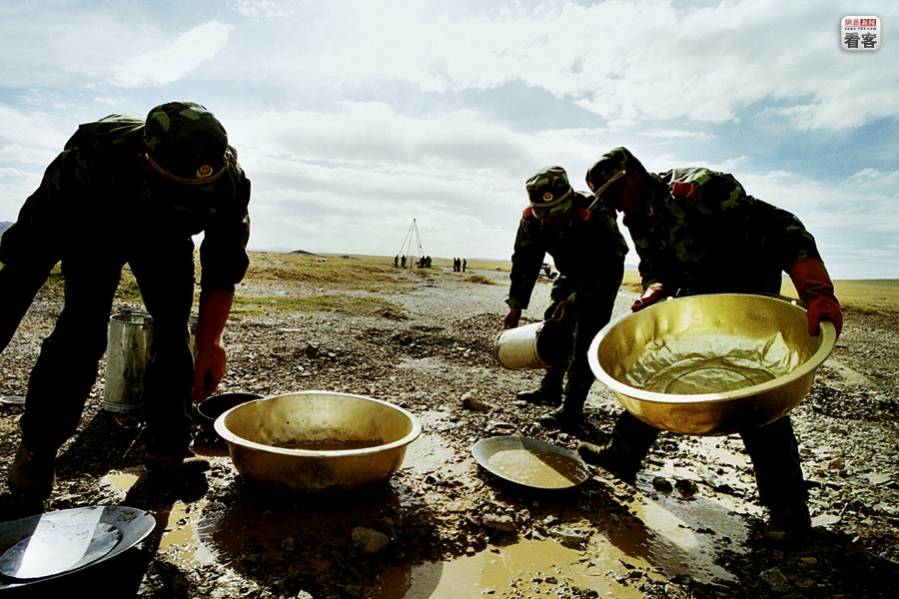 July 2000, soldiers from the 8th detachment panning alluvial gold in Xinjiang. In 30 years, the gold exploration unit has found many large-scale gold deposits, in total found more than 1800 tons of proven gold reserves. 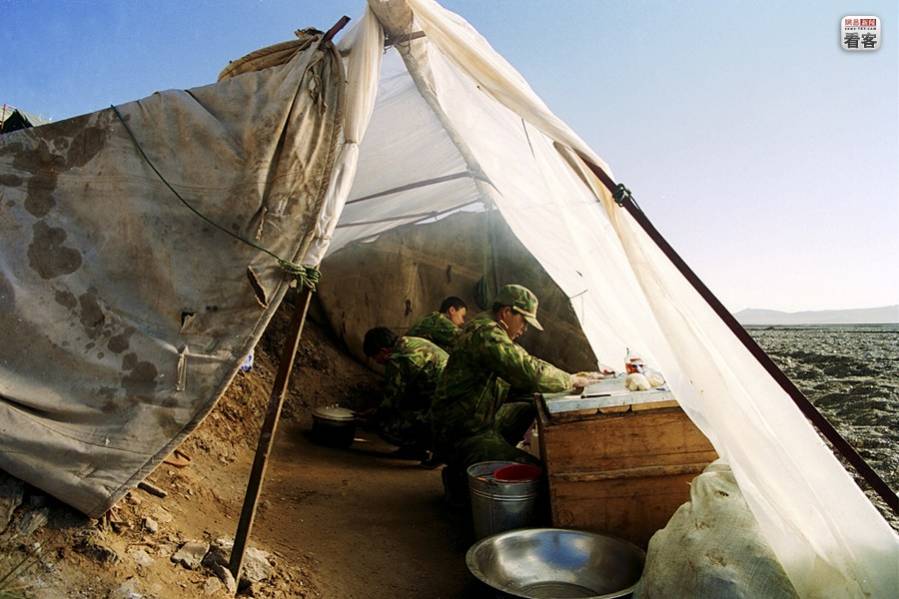 Lop Nur, August 2002, soldiers from the 8th detachment cooking meals in tent, two days later, the tent was swept away by flood. 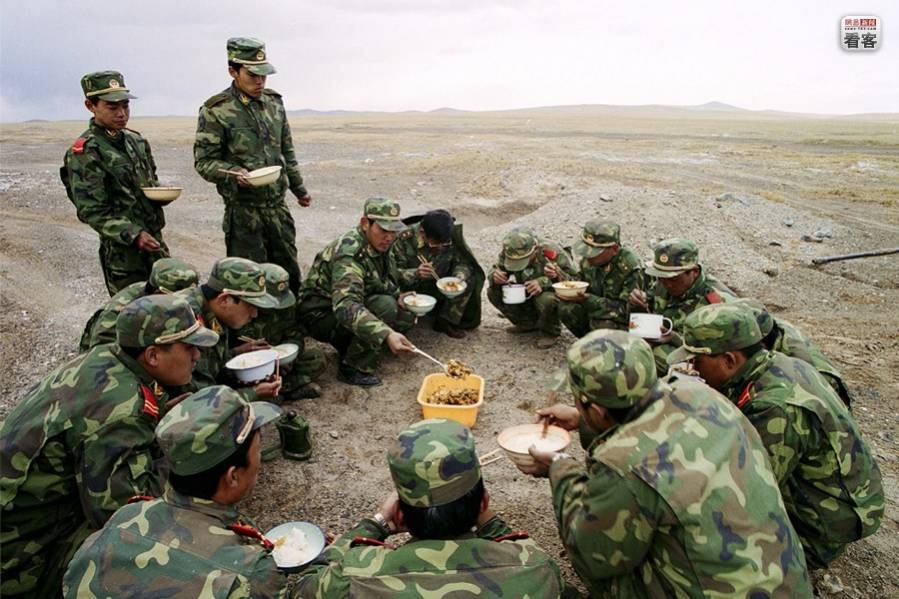 Lop Nur, August 2002, soldiers from the 8th detachment having lunch together. 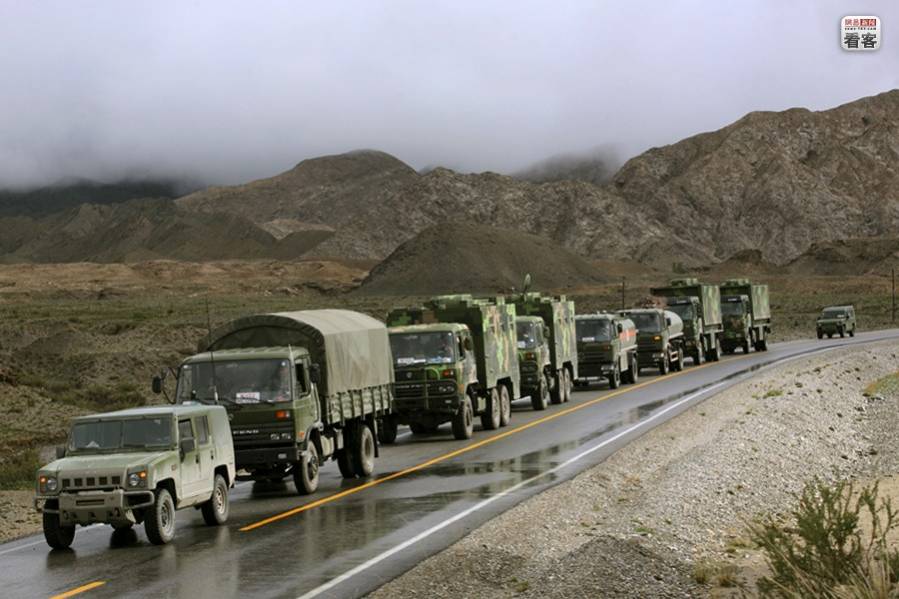 April 2011, about 100 soldiers from the 7th detachment carrying out geology and resources survey tasks in Xinjiang. 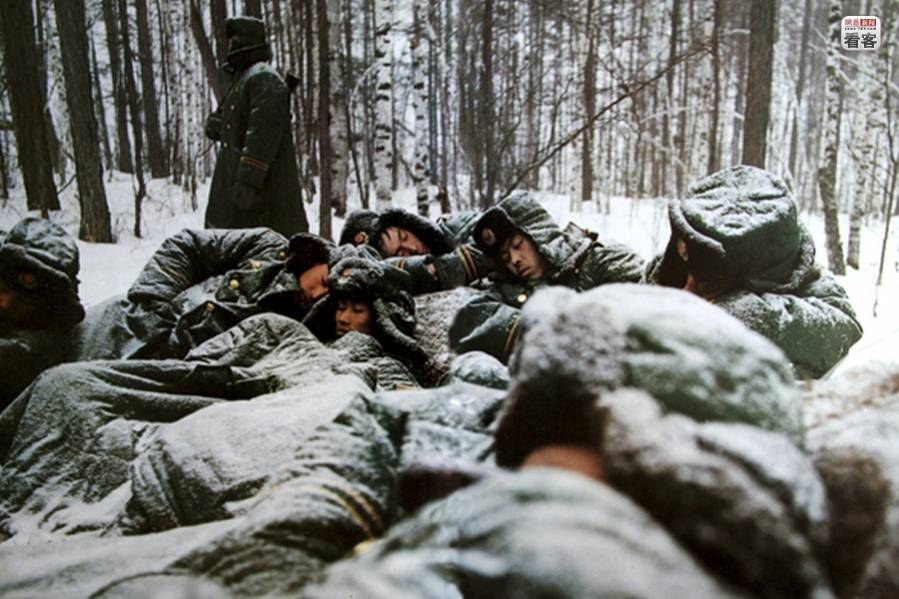 May 2011, soldiers from the 6th detachment taking a break after long-hours hard work in Qilian Mountain, Qinghai. 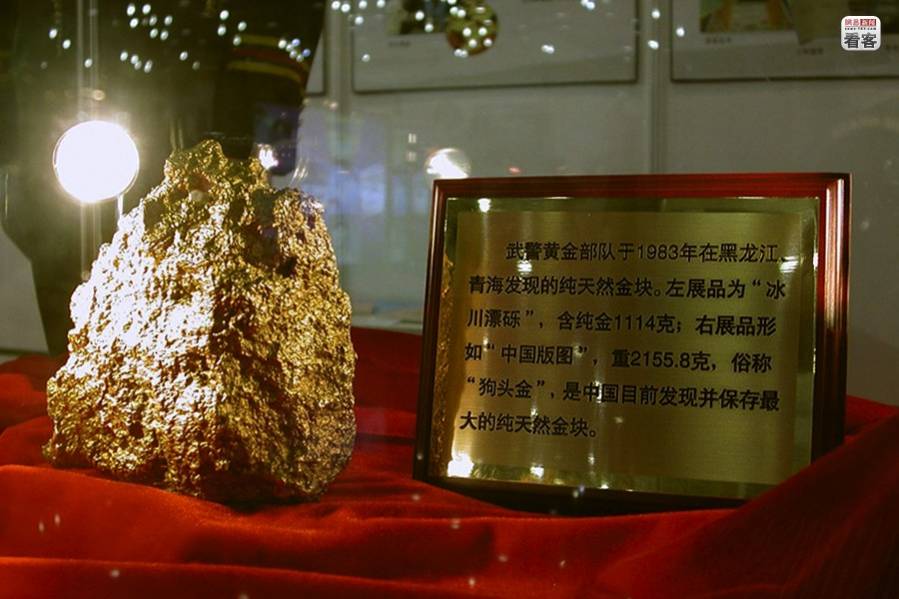 Natural gold nugget found by the gold exploration unit in 1983, it contains 1114 grams of pure gold.