The price of gold is rising, but is this purely because of the tensions in the Ukraine? Not entirely, I think it adds fuel to a supply shortage created by enormous Chinese physical demand since April 2013. While paper sentiment might change today or tomorrow, the physical reality will eventually be the main driver to push the pice upwards.

Throughout history gold has always been the most constant form of money. In 1900 you could buy roughly the same amount of breads with one gram of gold as two thousand years ago. There has been no other currency that is equally constant. But the value of gold has been in for a ride since 1971, when Nixon ended the gold exchange standard in order to maximize the national benefit of issuing the world reserve currency for the US. US’ policy was to remove gold from the international monetary system, from that moment the international monetary system was debt based. To make believe the dollar was stronger than gold in the foreign exchange markets the price of gold had to be suppressed. Controlling CPI would do the rest.

By abandoning the gold standard the debt/inflation spiral has widened the gap between the rich and poor, wiping out the purchasing power of the middle class. Perpetual inflation, caused by printing money, drives all wealth to the top. The ones that can spent newly printed money first, in a market where prices are not yet influenced by the new money, have an advantage over the ones that can spent this money last, in a market where prices have been bid upwards.

30 years ago the income of a Dutch bus driver could buy him a house, let his wife raise two kids and go on a holiday once a year. Those days are long gone…

Just some thoughts, maybe shared by some Chinese as they buy physical gold as much as can be supplied.

My research indicates that SGE withdrawals equals Chinese wholesale gold demand. For more information read this, this, this and this. 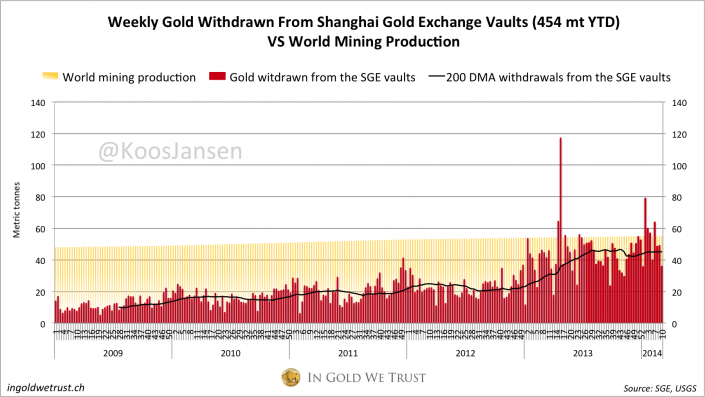 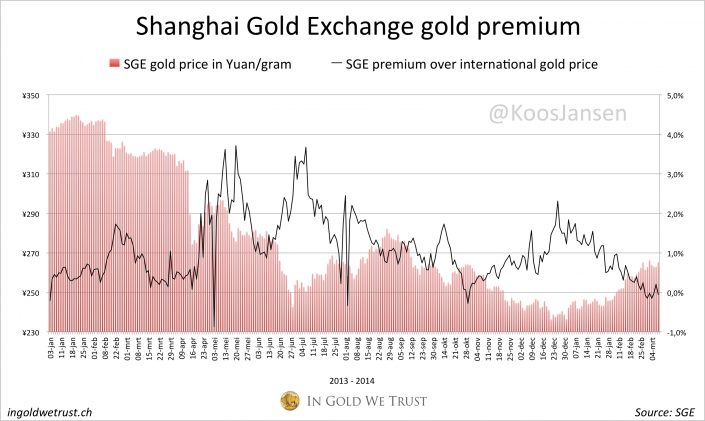