The Chinese Leaders Behind Their Gold Rush

In part four of Jan Skoyles and Koos Jansen’s look into China’s gold market they turn their attentions to the individuals behind the moves to get China investing in gold. In our superb infographic we highlight the top ten. Read on to find out more about these individuals and some of their contemporaries.
In recent months we have been looking into the rapid development of China’s gold market. It seemed appropriate therefore to look at the individuals driving the new exchanges, facilitating gold ownership, influencing economic thought and looking after China’s gold supply. Below you will find an array of individuals, from economists to political leaders. However very often they have one thing in common; many of those featured on our list, whether in economic positions or not, have some level of economic training. This might be a degree or a masters and very often they have attended Peking University which plays host to the country’s China Center for Economic Research.

This is an interesting insight into the drive behind these individuals’ actions, particularly when compared to leaders and central bankers in the West who, very often, have little interest in the economic foundations of the modern world. 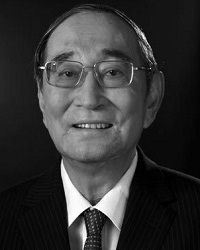 The man influencing economic thought
From his position as a highly regarded economist at Peking University Li Yining has had the opportunity to significantly influence the economic thinking of China’s top government officials and leaders of multinationals. Many leading figures in China’s economy and industrial bodies, such as the current premier of the PRC  Li Keqiang and vice President Li Yuanchao, are former students of Li Yining’s.
He is also a member of the Chinese People’s Political Consultative Committee, an advisory body to the national parliament. As an acknowledgement of the esteem is he held in, he was awarded the International Cooperation Award of the Environment and Development.
He has previously said that gold should be used by China to hedge against the risk of foreign currency devaluation, ‘China should increase gold reserves appropriately, and China must take every chance to buy, especially when gold prices fall,’ he told the official Xinhua news agency. 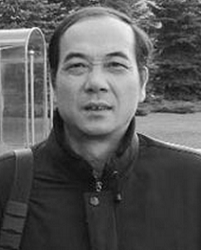 The invisible man
A former physicist, Zhu left a promising career as a bond trader to go to be Bill Gross’ ‘right hand man’ at Allianz SE. In 2009 he returned to China to become CIO at the country’s State Administration of Foreign Exchange. 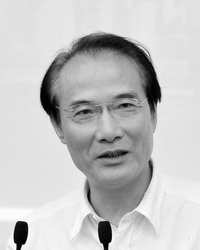 As a central bank advisor and member of the MPC, Xia Bin is a vocal proponent of diversifying China’s foreign reserves away from the dollar whilst criticizing the US’s management of the key reserve currency. ‘Unlike other debt ridden countries, the US doesn’t go bankrupt because it can pay back its debts by printing dollars. China’s dollar assets, which are the fruits of hard work by Chinese people, are now in danger of falling in value.’
He has been quoted many times by international media outlets stating that China must ‘urgently overhaul’ its reserve strategy. He advises the country stop buying Western debt in favor of ‘strategic assets and accumulate gold by buying the dips.’
In 2010 he stated that ‘China should consider adding to its gold reserves as a long-term strategy to pave the way for the yuan’s internationalization.’ 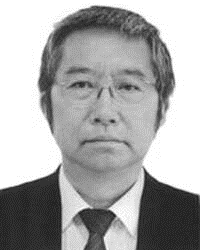 Member of Advisory Committee of Foreign Policy of the Ministry of Foreign Affairs of the PRC (2010). Former member of the PBOC MPC.
Yu Yongding thinks China needs to diversify its reserves and includes precious metals in this strategy, however he believes this is ‘more easily said than done!  China has already fallen into a dollar trap.’ He told the 2012 LBMA that China was in the line of attack from the US’s QE policy, ‘the policy of QE is to shift the debt burden away from borrowers at the expense of creditors and I think this is basically the situation that China is facing.’
Yu Yongding has given several speeches on the dangers of the US dollar and how the Chinese can break away from the dollar trap. In 2006 he stated, “China should use its foreign-currency reserves, the world’s largest, to buy gold and oil as a hedge to guard against the risk of a sudden drop in the U.S. dollar” 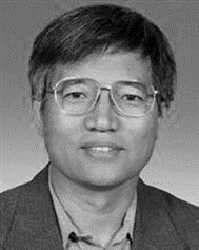 Anti-Keynesian, influential free-market economist
Co-founder of the China Center for Economic Research (CCER)
Heavily influenced by the theories of the Austrian School (namely von Hayek) and puts a strong emphasis on individualism. He was heavily involved in China’s economic reform policies between the 1980s and 1990s.
Similar to his contemporaries mentioned elsewhere in this list, he is highly critical of government economic stimulus despite this being endorsed by the Chinese government as a ‘macro-control.’
Has argued that the financial crisis was caused by easy money and that the Chinese economy needs to be left to fix itself and embrace this opportunity. Drawing on the experience of the US assuming global superpower status, from Great Britain, following the depression of 1929 Zhang thinks ‘perhaps this time of the Great Depression, is China’s opportunity.’ 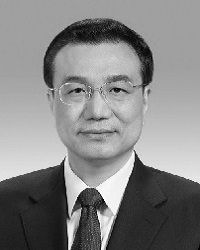 The current Premier of the People’s Republic of China and party secretary of the State Council.
An economist by training and a former student of Li Yining.  Also said to be the leading figure behind its economic policy. He will be a key figure in this week’s economic reform discussions. 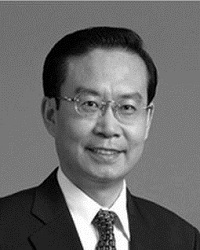 Head of the supervisory committee at the state-owned Assets Supervision and Administration Commission.
Ji recommends China ‘increase its gold reserves to 6,000 metric tonnes within three-to-five years.’ This is a key recommendation given his position in the research group that specializes on increasing China’s gold reserves. This ‘Task Force’ believes in optimizing the structure of the foreign exchange reserves in order for gold to play a ‘key role’. 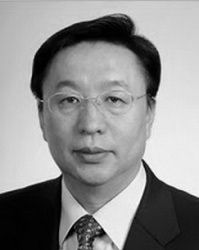 Controller of China’s gold supply
CEO of China Gold, the largest gold mining company in China
Advocates ‘gold for the people’, 3% gold to foreign reserve ratio and for gold to play a variety of functions in the economy.
Received 2011 Economic person of the Year award, notable due to his role as a CEO. Also in his role as CEO he believes the country must continuously invest in and innovate its gold industry in order to allow gold to play a variety of functions and to expand the ‘supply of scale.’
A vocal advocator of gold ownership and ‘the gold of the people’, he has played a role in the opening of 1,600 ‘gold stores’. He stated in 2009, “We recommend 1/5 of the money on gold investment products reserves, invest in your most stable structure inside it. Even if the stock down, even if other goods prices down, gold will one day rise very high.” A former Governor of the PBOC he was a key player in the reformation of the gold system which culminated in the launch of the Shanghai Gold Exchange in 2001.
Dai outlined four key steps to reforming the gold system, from abolishing the management of gold to relaxing controls on gold imports. He was also party to the organization of the gold swap market in Shanghai. 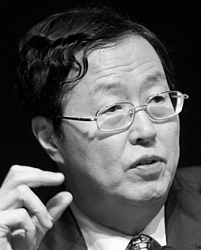 Current and 11th governor of the People’s Bank of China (2002-)
A vocal critic of the dollar-dominated international system he has called for global currency diversification.
“From the perspective of the central bank, the development and improvement of the gold market will facilitate the improvement of regulating instruments for monetary policy and macro adjustment system. On the one hand, gold still bears the marked nature of money under the modern financial system.” (2004)
In 2004, Zhou outlined three transformations that would take place in China’s gold market, ‘from commodity trade to financial product trade, from spot transactions to futures transactions, and from a domestic market to integration with the international market.’ 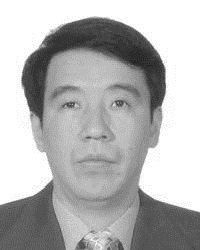 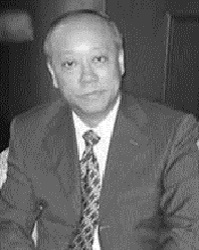 A vocal proponent of increased gold reserves and personal gold investment
Permanent Honorary President of the SGE and CGSE.
Believes gold markets should be tangible and transparent, making gold investment easier for individuals.
“When accelerated depreciation of the dollar, and when the future of the dollar may no longer be a separate and unique trade settlement currency, gold reserves increased strategic significance will be more prominent, the value of gold investment will be more obvious” (2009) 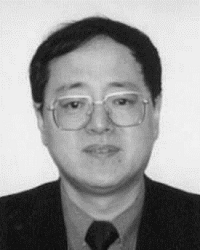 President, the Shanghai Gold Exchange
Gold industry expert
“It is worthwhile to think about how we can take advantage of the opportunities to innovate and sustain the growth of the [gold] market, while seeking  co-operation with international markets for mutual benefit” (2012) 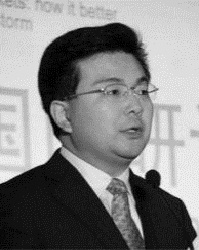 Vice president of the China Gold Association and a well-known expert of the precious metal’s industry.
As Vice President of the organization responsible for bridging the gap between the government and gold producers he spearheads many organizations that look to facilitate gold ownership.
A vocal critic of those who denounce the role gold has to play in an economy and has previously issued five articles looking at gold’s part in history, all of which were widely published on the international stage.
So, there you go. After huge amounts of media time dedicated to China’s staggering gold rush, now you know who some of the main power brokers are.
We were very interested to see the influence of certain universities and academics on influencing powerful peoples’ thinking in China when it comes to gold.
Who is the most powerful man behind this trend is difficult to say, but what is certain is that there is a gold-focused elite in China who are directing this movement. The result is China’s ‘River of Gold’ as we describe it in our infographic.