The purple number is gold withdrawn in the prior reported week. That means weekly withdrawals diminished by 31.85 %. This could be explained  by the fact that jewelers purchased  large amounts of gold on the SGE in December to prepare for the sale around new year (on which I reported here). Now the sale is cooling down this is also reflected in lower SGE withdrawals. Gold demand may pick up this month as the Chinese will celebrate Chinese new year, the year of the Horse, on January 31, 2014, according to the Chinese Lunar calendar. 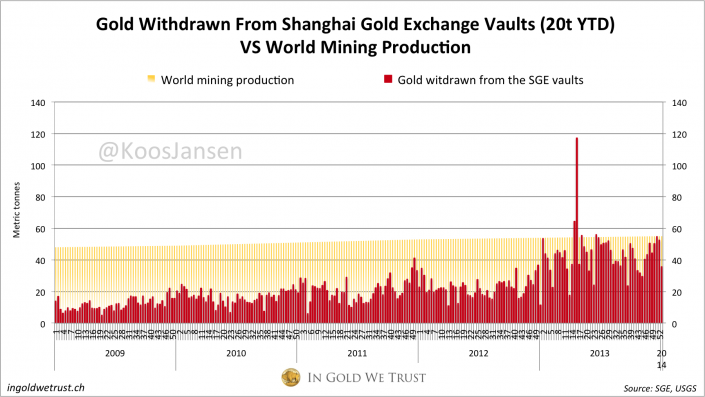 What I also saw was in the reports is that silver premiums are on the move, currently at 5 %. I didn’t track them throughout 2013 but I will from now on. In Gold (and silver) We Trust