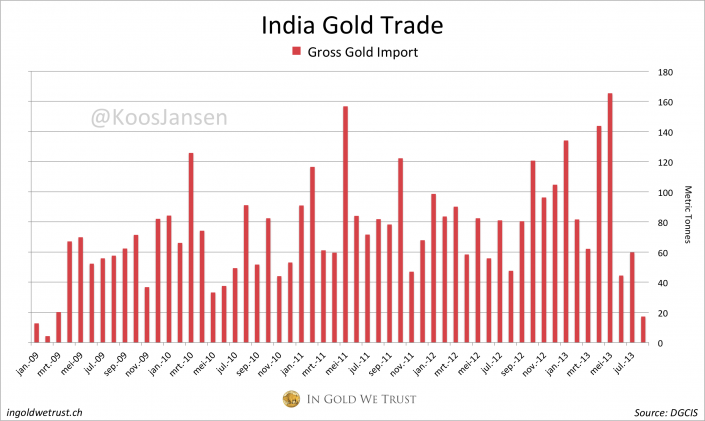 The main reason for this slump is India’s import duty on gold that was raised  in January from 4% to 6 %, in June to 8 % and in August to 10 %. Another reason is the 80/20 rule that came in force in August, forcing importers to directly re-export 20 % of their gold import. The results are that official import is decreasing, gold smuggling is increasing, premiums are making al time highs and silver imports are up. If we look at a chart from Nick Laird we can see that on top of the import duty Indians have to pay a premium of 12 % on gold, 22 % in total! 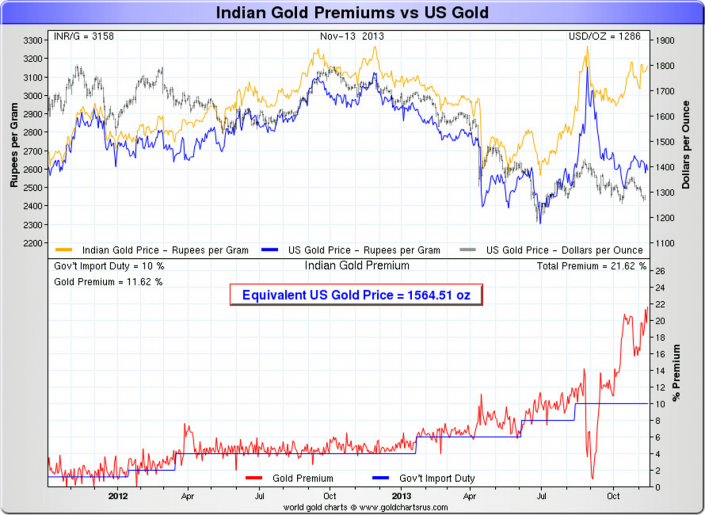 The DGCIS has not disclosed any gold or silver export numbers from August.