This email was just sent to me by one of my Chinese friends.

New year’s eve is big sales day in Shanghai. The biggest shopping mall usually sell as much goods on 12/31 as it sells in one month. This shopping mall stocked 200 kilos of gold bars and sold out in 3 hours because of special 15% discount that brings the price closer to cost. After the discount, the price is close to Hong Kong’s. It rations gold sales to 20 grams per person, the queue started at 9pm on 12/30, 10 hours before the mall opened door.

Last year, it stocked 170 kilos of gold bars and sold out in 3 hours too.

I went there around 4pm in the afternoon. Counters at the gold shops are mostly empty.
So I believe if it stocks much more gold, it will be gone too. But I guess the gold shops don’t want to sell too much gold too cheaply.

So let the stupid manipulators bring gold price lower, the Chinese people don’t care about the price, they just want the shiny gold!

Total sales at the shopping mall were 578 million RMB, a little less than 100 million dollars. 200 kilos of gold bars is already 10% of the total. So 200 kilos of gold bars and gold jewelry and diamond, and luxury watch sales make up a big percentage of total sales. This is just one shopping mall in a city of 30 million people. And Shanghai is just one city in a country of 1.4 billion people.

In Pudong First Yaohan, after one hour early in the morning 200 kg of gold bars were sold out. 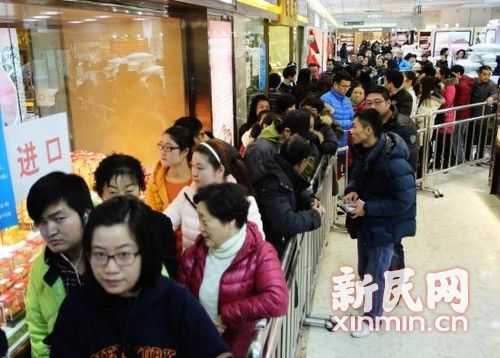 Early in the morning January 1, 2013 in Beijing $1.5 million worth of physical gold was sold. 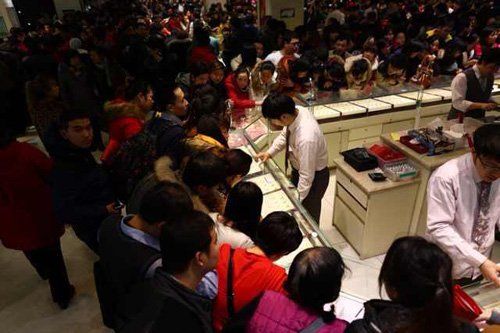 Gold rush pictures from across the country is making headlines in Chinese online media. 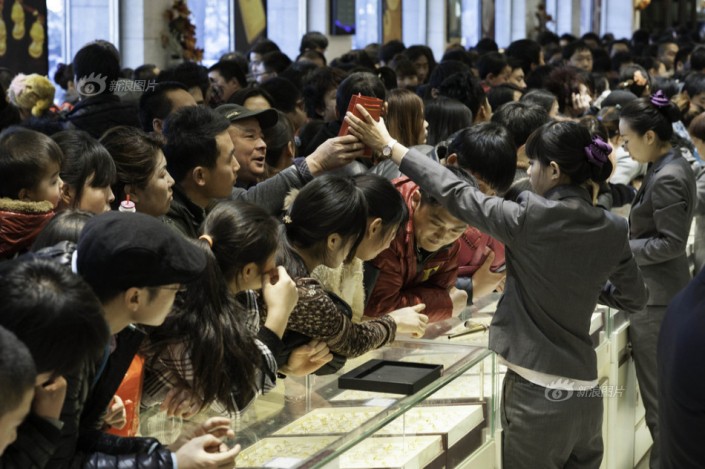 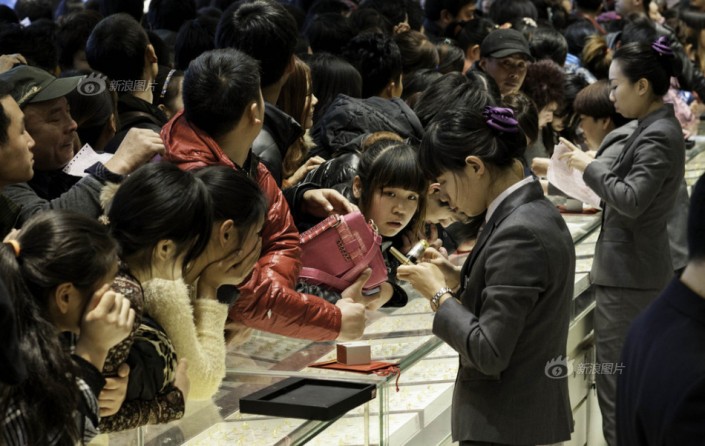 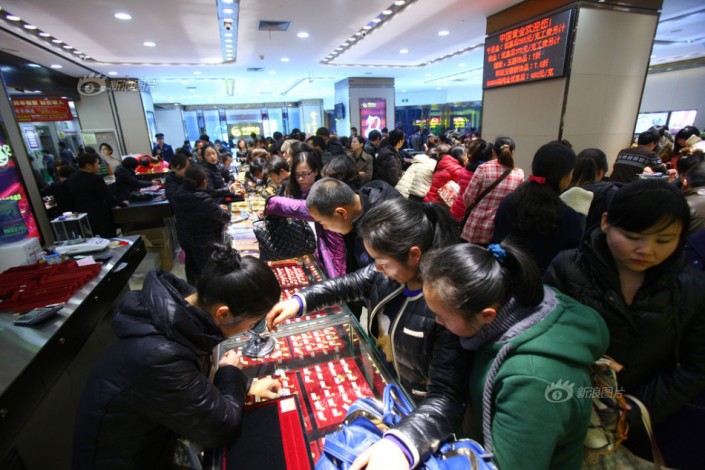