Today new data came out from the Hong Kong Census and Statistics Department. This data covers Hong Kong import, export and re-export of goods to July 2013. All of the charts about Chinese and Hong Kong gold trade we publish on this blog are based on these data sets.

For my charts we added up the following gold categories from the trade reports:

In July gold trade remained high in Hong Kong. Monthly net export to China mainland was up, Hong Kong net import remained robust which hints at exceptional high activity on the CGSE, and the Swiss were the main suppliers for the Chinese. 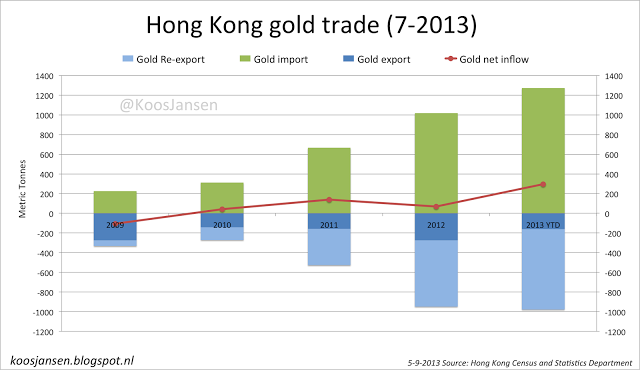 Most of the gold Hong Kong exports goes to China mainland as can be seen in the following charts. In July the mainland net imported 114 tons from Hong Kong, up from 101 tons in June + 13% m/m, year to date the mainlands’s total net import through Hong Kong is 607 tons. 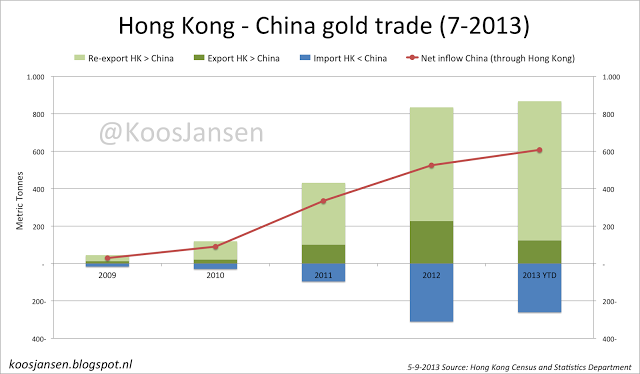 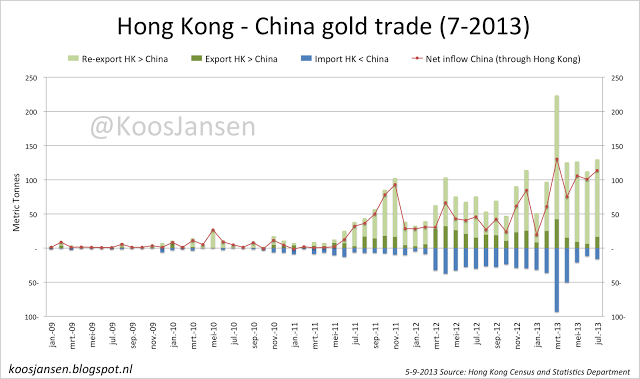 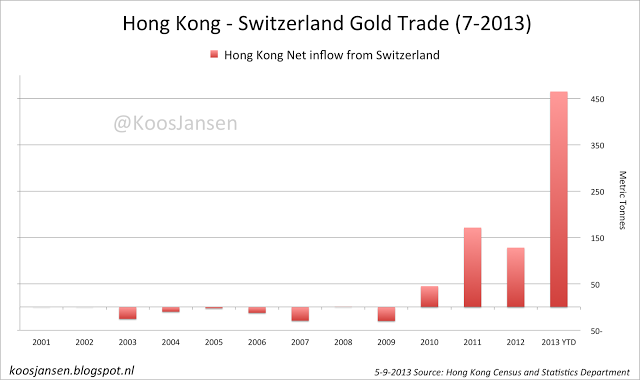 This is a screen dump in which we high lighted Hong Kong import YTD from Switzerland. 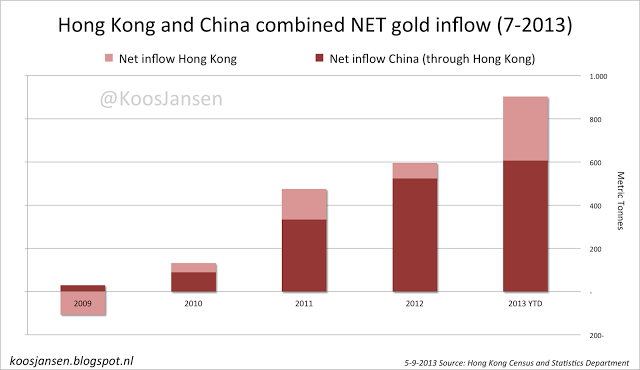