Is The $/Yen About To Take A Swan Dive? 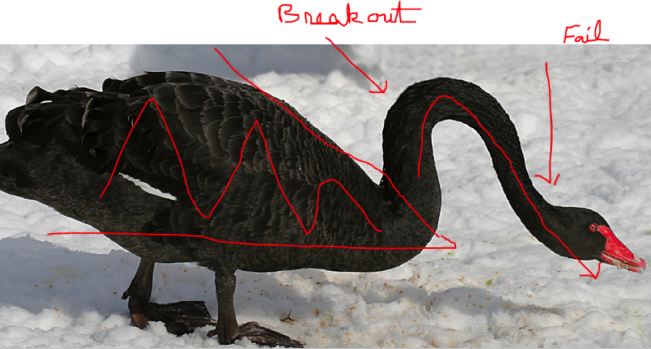 When I looked at the chart of the $/Yen I recognized the formation immediately. Here is the current chart of $/Yen. Notice the breakout to the upside of a flat-bottomed triangle. Now where did we see something similar? 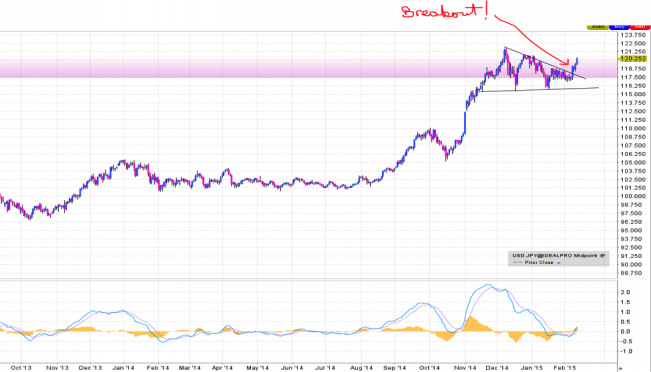 This is a chart of GLD going back five years. Notice how GLD topped, formed a flat bottomed triangle and broke up out of it. What happened next was a swan dive. 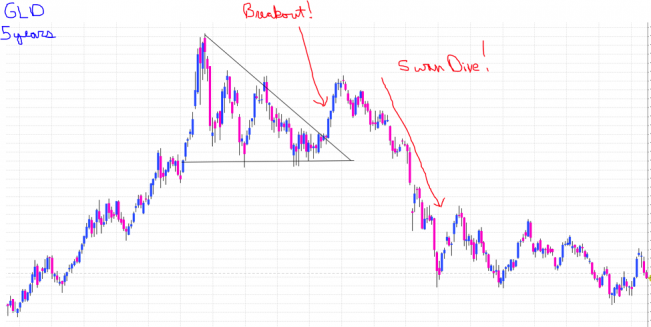 The similarities are most certainly there, as the $/Yen has run for years much like gold did into 2011. If that chart plays out the $/yen is set to plunge and that matters to gold investors for one reason. Gold trades in lockstep with the Yen/$ or the inverse of what is commonly quoted…$/Yen. 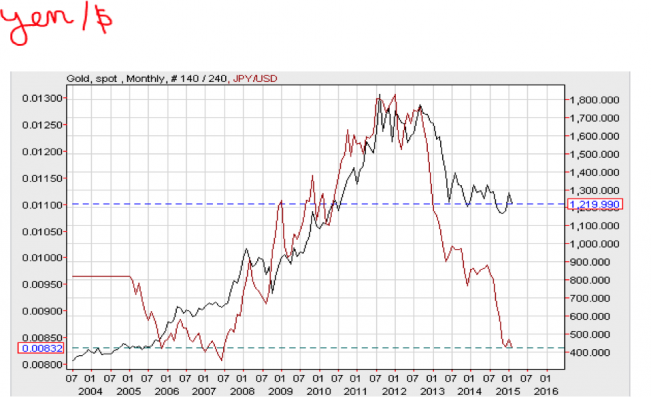 As gold plumbs major support in the low 1200’s the $/Yen has hit major resistance. When coupled with the COMP approaching a double top going back to the year 2000, one has to wonder if stocks aren’t about to rollover as the $/Yen goes down with it. All of which would give investors in gold a welcome break from the misery of the past 3 ½ years.