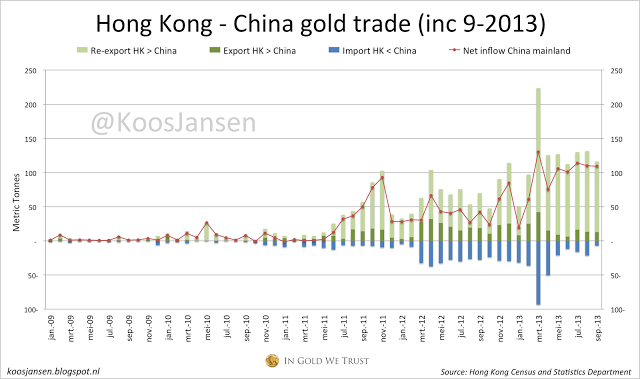 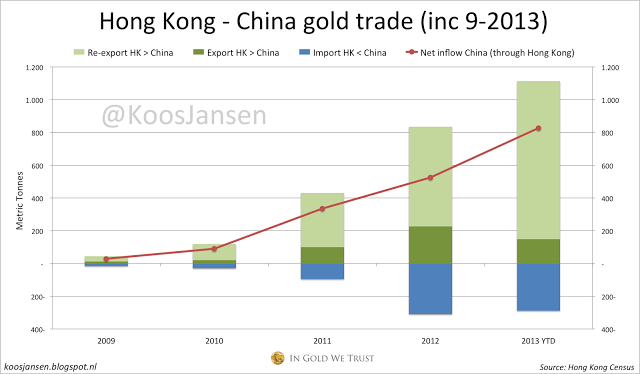 Note, the mainland also imports gold from other ports than Hong Kong. More about gold imports through Shanghai in future posts. 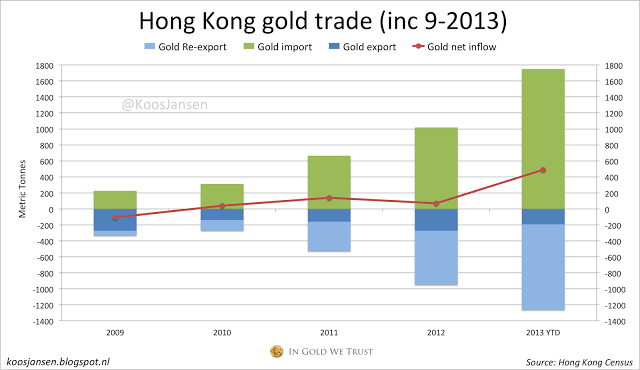 The goldtrail from the UK through Switzerland to China is still in full swing. The Swiss net exported 99 tons to Hong kong in September, year to date 697 tons. 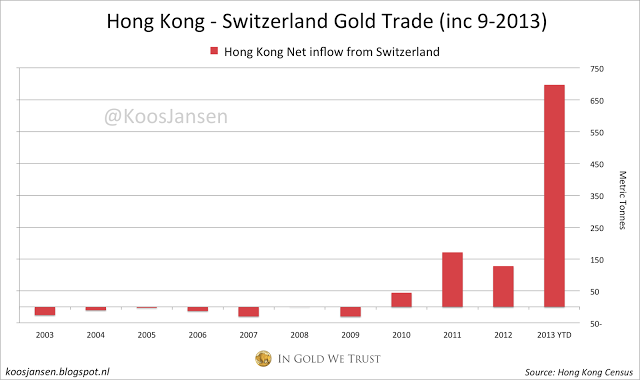 In the screen dump below from the HK Census report you can see gross gold import from Switzerland (CH) in September highlighted. The third column is the amount of gold imported year to date. 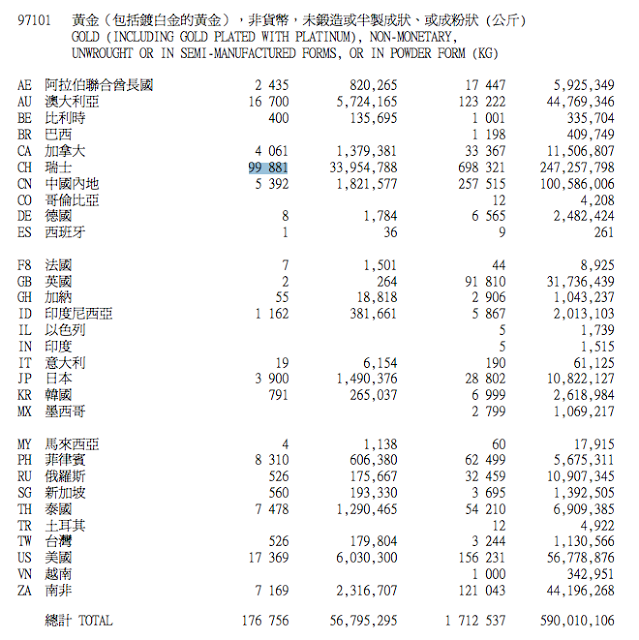 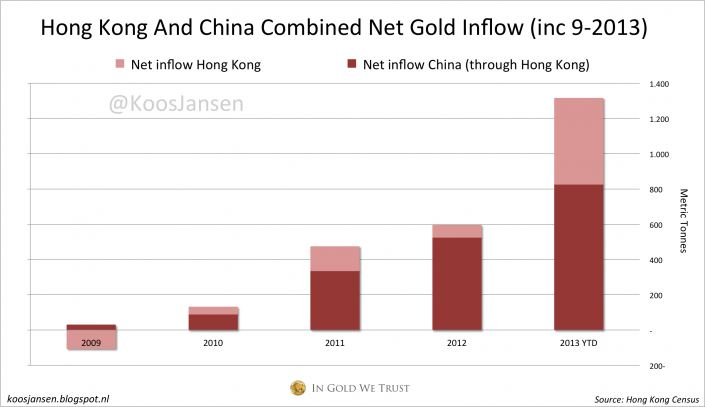 Gold shipments to China from Hong Kong fell for a second month after the premium to take immediate delivery declined, indicating waning physical demand in the nation poised to become the largest consumer.

Slowing demand?? My interpretation of the trade numbers is somewhat different; of what is published by the Hong Kong Census and Statistics Department we know demand from greater China is still unprecedented, and if we connect these numbers to SGE physical deliveries it proves to be even stronger.