Total Chinese wholesale gold demand year to date reached 694 metric tonnes in week 18 (28-4-2014/30-4-2014), annualized 2004 tonnes. During that week 23 metric tonnes of gold were withdrawn from the vaults of the Shanghai Gold Exchange (SGE) in only three days! The SGE was closed on May 1 and 2. If the SGE would have been open for trading five days in week 18 withdrawals could have reached 39.16 tonnes, which is slightly higher than the yearly average of 38.5 tonnes. Chinese gold demand remains robust.

If at the end of December withdrawals have reached 2004 tonnes, the bulk of this had to be imported. Withdrawals can only be supplied by domestic mine output, import and scrap supply. Mine output will approximately be 430 tonnes in 2014. For scrap it’s hard to say how much is being supplied to the SGE, my conservative estimate is in between 200 and 300 tonnes this year. A quick calculation tells us how much China would need to import to fulfill the needs for non-government demand in 2014.

Weekly net import can be calculated as:

As regular readers of this blog know SGE withdrawals equal Chinese gold demand because of the structure of the Chinese gold market (designed by the PBOC). The Chinese silver market is very different from gold and can be compared to silver markets in other countries. Silver can be imported by everyone and sold through any exchange. Physical silver is for example being traded on the Shanghai Futures Exchange (SHFE), the South Rare Precious Metals Exchange and the SGE. All different exchanges in terms of contracts and vaulting silver on different locations in the mainland. The SHFE only has vaults in Shanghai, the South Rare Precious Metals Exchange has vaults in Yingtan, Chenzhou and Hechi. Prices on these exchanges can differ. 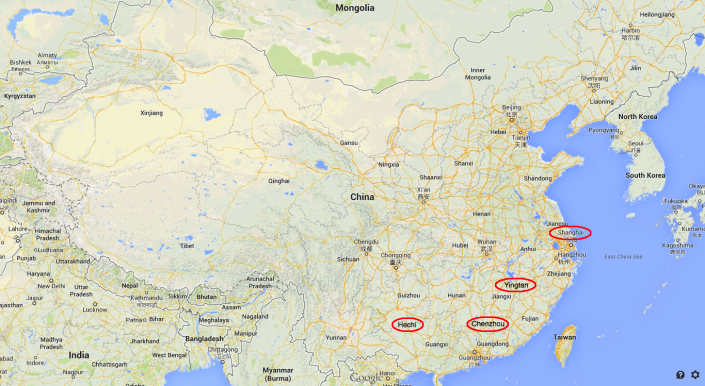 Two events currently suggest a possible shortage of physical silver in Shanghai. The first; premiums for spot silver on the SGE are rising significantly since March 17. From the weekly Chinese SGE reports we can see Shanghai silver prices transcending international prices by 4 %. The data in these reports cover up until week 18 (April 30). The SGE uses its most traded silver contract Ag(T+D) to calculate premiums. I do not have a terminal for live quotes, however, if I compare the LBMA silver fix with the SGE closing price for Ag(T+D) on May 9, the premium on silver in Shanghai has reached 5.3 %. 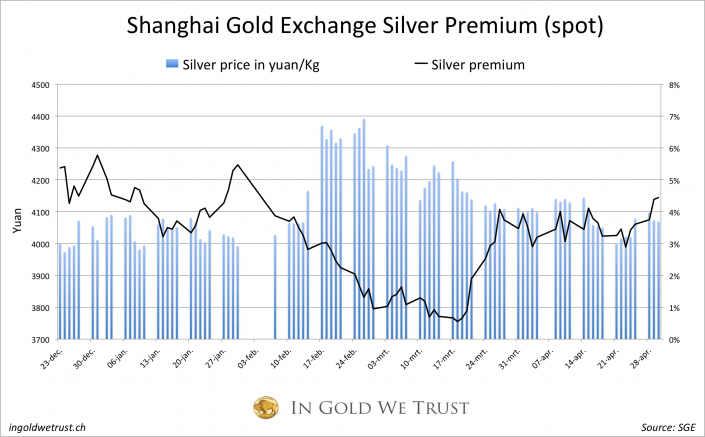 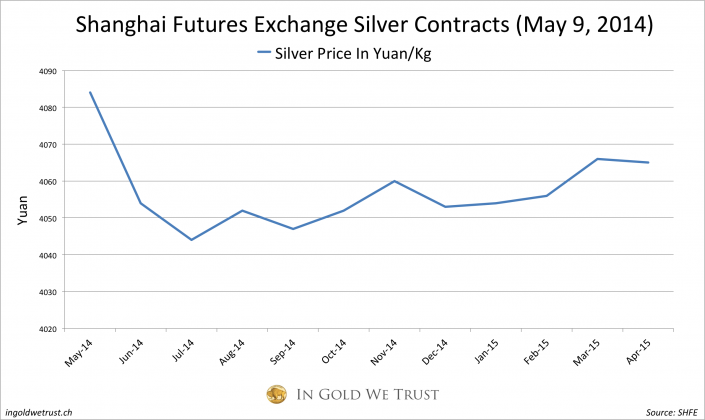 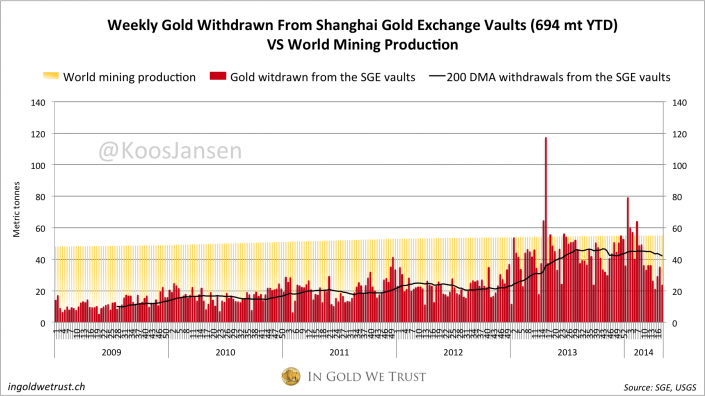 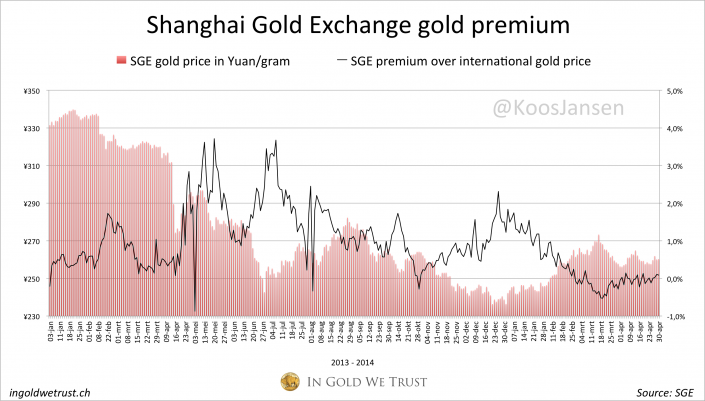 In Gold We trust