In the West there is still confusion about Chinese gold demand. News outlets and banks are trying to figure out how in 2013 China net imported 1158 mt through Hong Kong, plus a few hundred metric tonnes through other ports, mined 428 mt domestically, while demand according to the World Gold Council was just 1066 tons. The Financial Times and the Telegraph couldn’t explain it. February 27 Citibank came out with a report named “Chinese Gold Demand: Unraveling the Case of the Missing Gold". 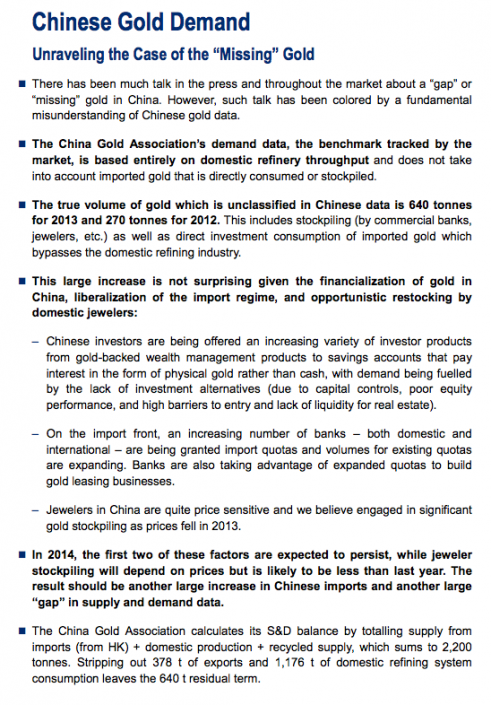 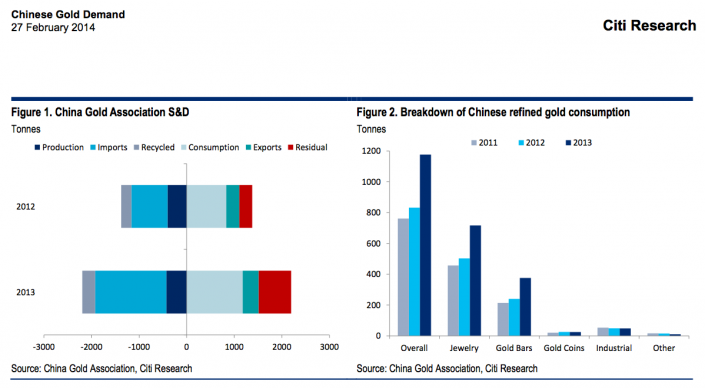 In my opinion this analysis is actually a step in the right direction; Citi acknowledges Chinese supply and demand was 2200. In 2013 SGE withdrawals accounted for 2197 mt, these numbers are clearly related. The formula for the Chinese gold market is: total supply = mine + import + scrap = SGE withdrawals = total (wholesale) demand. Simply because of the structure of the Chinese gold market. However, this is where Citi and I split up. I called Citi and I spoke directly with the analyst from the report. What surprised me was that this gentleman had never heard of SGE withdrawals! Hence our dispute.

First let’s get their numbers straight. They don’t disclose all the numbers on the supply side, but I zoomed in on the chart and calculated the amounts by measuring how many pixels each bar counted, compared it to the scale etc..

1) Export is not demand

In the chart above gross import is in fact net import. Very little of the gold exported from the mainland to Hong Kong was bullion withdrawn from the SGE vaults.

A very long and complicated story short: In the mainland there are two types of trade, general trade and processing trade. General trade can be considered as normal trade. If gold is imported in general trade this is required to be sold through the Shanghai Gold Exchange. Only 11 banks have general trade licenses from the PBOC, though for every shipment they need anew approval. It’s not likely the PBOC would approve gold export in general trade.

Processing trade is something else. In this trade form raw materials from overseas are imported, processed into products and then these products are exported again. This processing can only be done in Customs Specially Supervised Area’s, or CSSA’s. Processing trade doesn’t require a permit from the PBOC, as the gold that is imported will be exported after being processed. An example for a processing trade would be; gold is imported in Shenzhen, fabricated into jewelry and then exported to Hong Kong. The trade would show up in Hong Kong’s customs report. 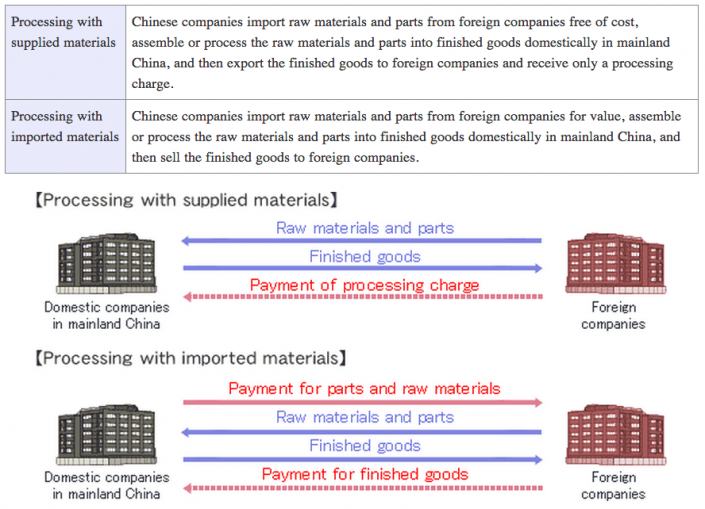 Why am I telling you this? Because the gold that in 2013 was exported from the mainland to Hong Kong was all processing trade and did never go through the SGE. Concluding 1480 mt was net imported and that residual demand was much more than 640 tons in 2013. This chart I published on February 19 (the “Difference" is actual residual, WGC demand is more or less the same as CGA consumption demand): 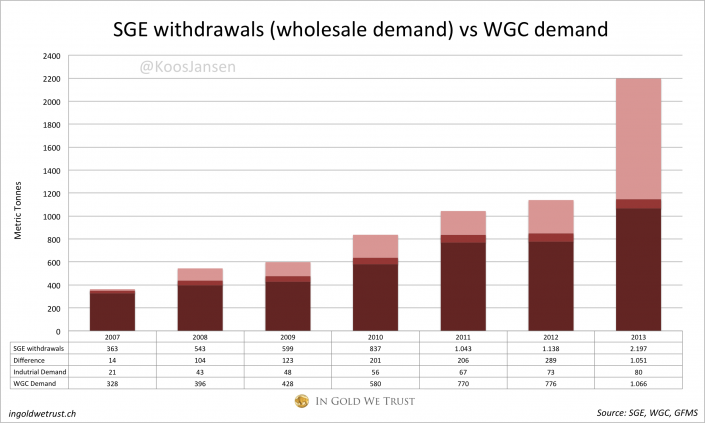 2) Residual demand is not jewelry stockpiling

According to Citi this is what residual demand is:

…This includes stockpiling (by commercial banks,jewelers, etc.) as well as direct investment consumption…

I asked the analyst from Citi about residual demand, he said they don’t really know so they came up with this explanation. As we can see in the chart above residual has been 2000 mt in the last seven years. Was this mostly commercial banks and jewelers stockpiling? Of course not. I can understand some jewelers added some gold to their inventory when prices dropped significantly, for example in April 2013, but this stockpiling analyses is untenable. Citi continues:

Another large gap in supply and demand? Really? When I called the SGE in November 2013 they told me this gap (some call it residual, some net investment) is just individual account holders at the SGE withdrawing physical gold from the vaults. So residual demand is just direct investment and we shouldn’t treat it as a demand category that is insignificant.

My research indicates that SGE withdrawals equal total Chinese gold demand. For more information read this, this, this and this. 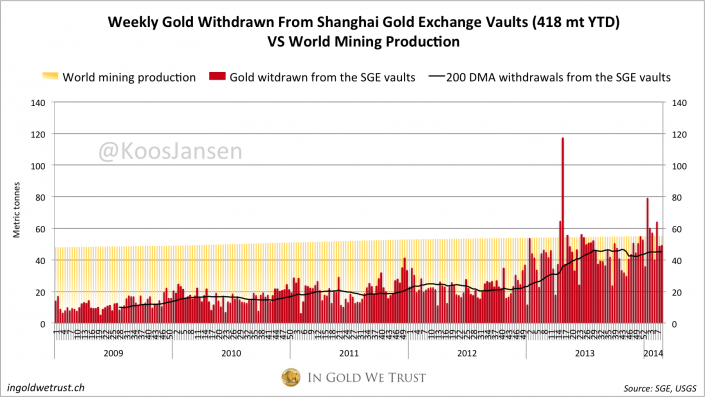 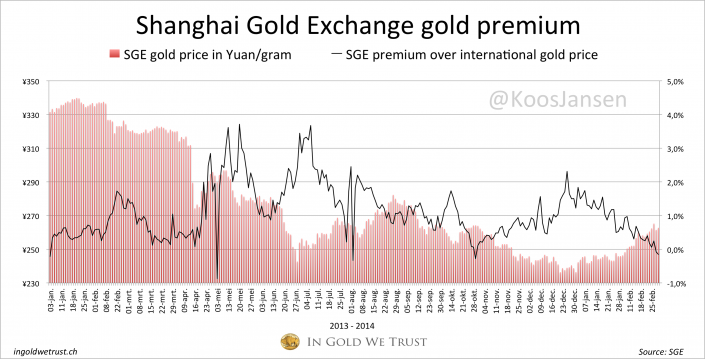