2013 is the year wherein unprecedented amounts of physical gold are distributed from west to east; a shift in wealth and power not seen in decades. An overview, based on trade data from January till August, of the gold routes to China:

The majority of the gold that is being shipped to the east springs from the UK, from the vaults of GLD (that lost 429 tons) and the LBMA. Year to date the UK has net exported 1137 tons of gold in total, of which 1002 tons to Switzerland and 101 tons to Hong Kong. 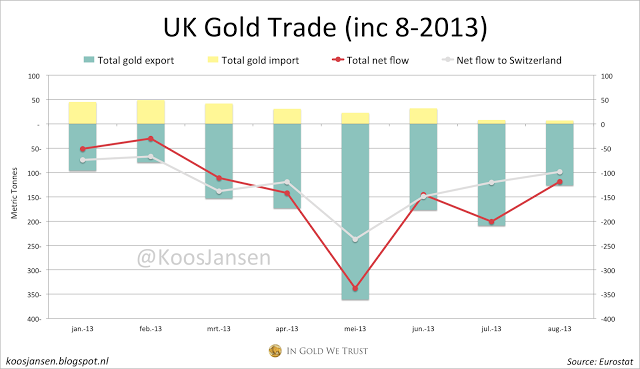 According to the biggest refinery in Switzerland all the 400 ounce Good Delivery bars coming from the UK are being refined into smaller bars and then sent to China. The Swiss customs department doesn’t publish their gold trade data per country, but if we look at their total trade (from H1) we can see that this years gold import, is directly exported. 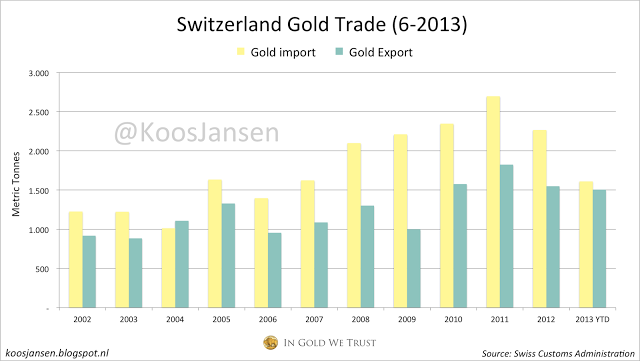 The Hong Kong Census and Statistics Department does give us detailed information about their gold trade. Net import from the Swiss has exploded this year, standing at 598 tons year to date. 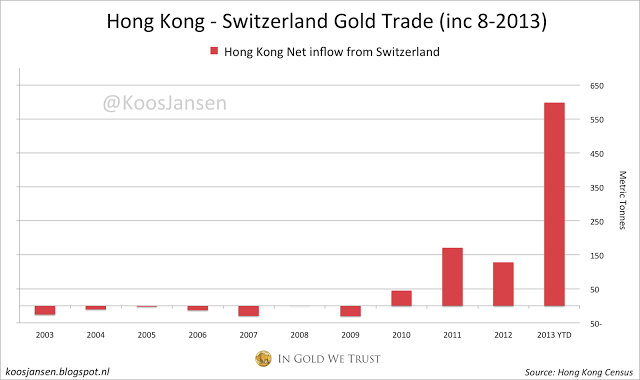 Other major suppliers to Hong Kong are Australia (106 tons), the US (117 tons) and South Africa (114 tons). Although a quite significant portion of this gold stays in Hong Kong, the bulk of it is brought across the border to the mainland. 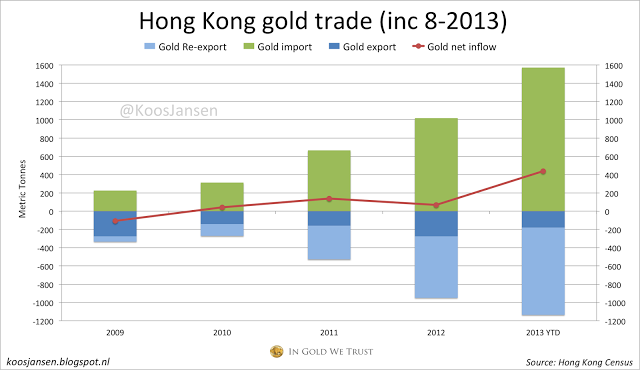 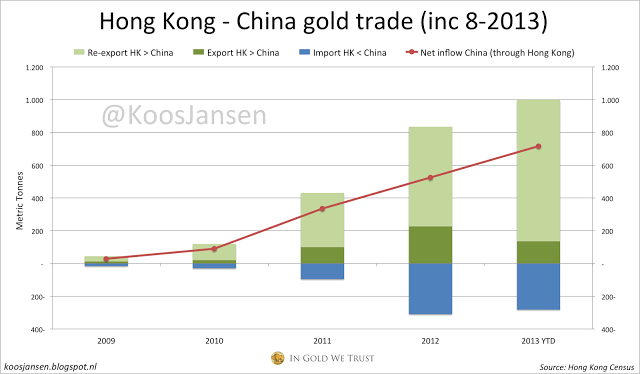 Up until August China mainland has net imported 717 tons of gold from Hong Kong. Is that all? No.

Total import must have been 1033 tons, import from Hong Kong was 717 tons which leaves a gap of 316 tons. Concluding that China has net imported, from January till August, 316 tons of gold through other ports than Hong Kong. This could have come from COMEX inventory or from Chinese overseas mines, who knows..