Wednesday I had the privilege again to interview Alex Stanczyk, Chief Market Strategist for the Anglo Far- East group of companies, who just returned from a trip to Switzerland. Alex confirmed to me the distribution of gold from west to east is not slowing down whatsoever. Refineries in Switzerland are still working 24 hour a day to cast bars for China, sometimes having difficulties sourcing the gold..

What was the purpose of your trip to Switzerland?

The purpose was two fold. We go to Switzerland once a year as part of our governance, we’re required to have an annual inspection of the gold, that was the main purpose of the trip. But in addition to that we also liked to talk to the refineries. It was myself, it was the managing director of Anglo Far-East mister Philip Judge, and Jim Rickards went with us, he sits on our advisory board. 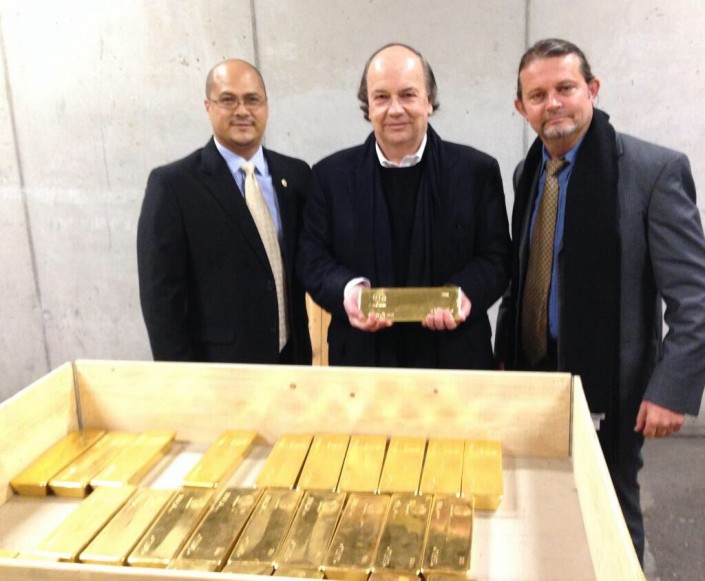 We met with the managing director of the largest refinery in Switzerland and spend about two hours talking to him, we learned some very interesting things. Whats going on in the gold market as far as the price, is I think very counter intuitive. Everybody understands, knows and believes the price should be higher than it is, but it isn’t. There’s confusion in the marketplace, and there are two reactions; the reaction in the west is fear, confusion and uncertainty; the reaction in the east is buying. Now, this gentleman we were talking to probably has a better idea of physical gold flow than anybody else globally. He sees what is coming from the mines, he sees what is coming from the UK, and all over the world, as well as where its going. He indicated the price didn’t make sense because he has got so much fabrication demand. They put on three shifts, they’re working 24 hours a day, and originally he thought that would wind down at some point. Well, they’ve been doing it all year. Every time he thinks its going to slow down, he gets more orders, more orders, more orders. They have expanded the plant to where it almost doubles their capacity. 70 % of their kilobar fabrication is going to China, at apace of 10 tons a week. That’s from one refinery, now remember there are 4 of these big ones [refineries] in Switzerland.

That makes sense because withdraws from the Shanghai Gold Exchange vaults are 40 tons a week on average this year.

Well, there you go.

…At this Swiss refinery there have been several times this year on which they were unable to source gold, this shocked me. They’re bringing in good delivery bars, scrap and dore from the mines, basically all they can get their hands on. This gentleman has been in the business for 37 years, he was there during the last bull market in the late seventies. I asked him when was the last time this has happened, that he was unable to source gold, he said never. And I clarified it, I asked: let me make sure if I understand what you’re saying to me, in the last 37 years you’ve worked in the gold industry this has never happened? He said: this has never happened.

…There was one other comment that was fascinating, he said sometimes when they get gold in, it’s coming from the back corners of the vaults. He knew this because these were good delivery bars marked in the sixties. This is a huge supply squeeze and its worse than anything that has happened in the last four decades. At some point there is going to be a massive squeeze on the price.

…He also noted, in China there are 6 LBMA refineries but he has never seen a Chinese gold bar, they’re keeping it all. Gold that goes into China is like going into a black-hole. I don’t think it will be available on the market for decades to come, which only tightens the physical supply.

…The Chinese aren’t buying it for trading, they’re buying it as part of their wealth foundation for future generations. When the communists came to power in 1949, Chiang Kai-shek and the nationalist army fled the country and took all the gold with them. On that moment China had no gold, although they had thousands of years of history with gold, they had to start all over. I think the importance of rebuilding their gold reserves had been there in the last decades, but it accelerated the last three years or so, encouraging their people heavily to buy.

I also heard there is strong kilobar demand from the Middel East.

That’s because Dubai does a lot of clearing for that entire area. Given what’s happening to Saudi Arabia, and the potential that Saudi Arabia is separating itself from the United States, essentially the whole petro-dollar is at risk for them. Normally what they would do is sell their oil for dollars and then buy US treasuries, but if they’re gonna separate from the US they’re not gonna buy US treasuries. So what are they gonna buy?

Yes, possibly. That’s what we think. We don’t think they will be buying US treasuries, they supported them for 40 years, but the US has basically stabbed them in the back.

Alasdair Macleod actually said, on the Keiser Report, that a lot of 400 ounce bars from the Middle East are being refined in Switzerland into 1 K 4 nine bars [a gold bar of 1 kilogram, 99.99 % purity] and then sent back. Is the 1 K 4 nine bar becoming some new form of liquidity?

Possibly, all the demand that we can see in China is for 1 K bars. They want kilo, and they want four nines.

When do think the price is going to rise?

I’m not comfortable to put a time on this. What I do know is that we are on the threshold of a situation that has never occurred before. A squeeze is imminent, it could take 3 months or 6 months, but all I know is that it’s coming, and I know that with 100 % certainty.