The Largest Gold Mints Of The World

The most recent data available suggests the US Mint is currently the largest mint on the planet in terms of production output, having produced 4.54 tonnes of gold in Eagles and Buffalos year to date (January and February 2015).

The largest gold mints of the world are the Turkish State Mint, Chinese Mint, South African Mint, US Mint, Perth Mint (Australia), Royal Canadian Mint and Austrian Mint. Sales and production numbers of all these mints of 2014 have not been released, however, below is a chart displaying available data up until 2013. 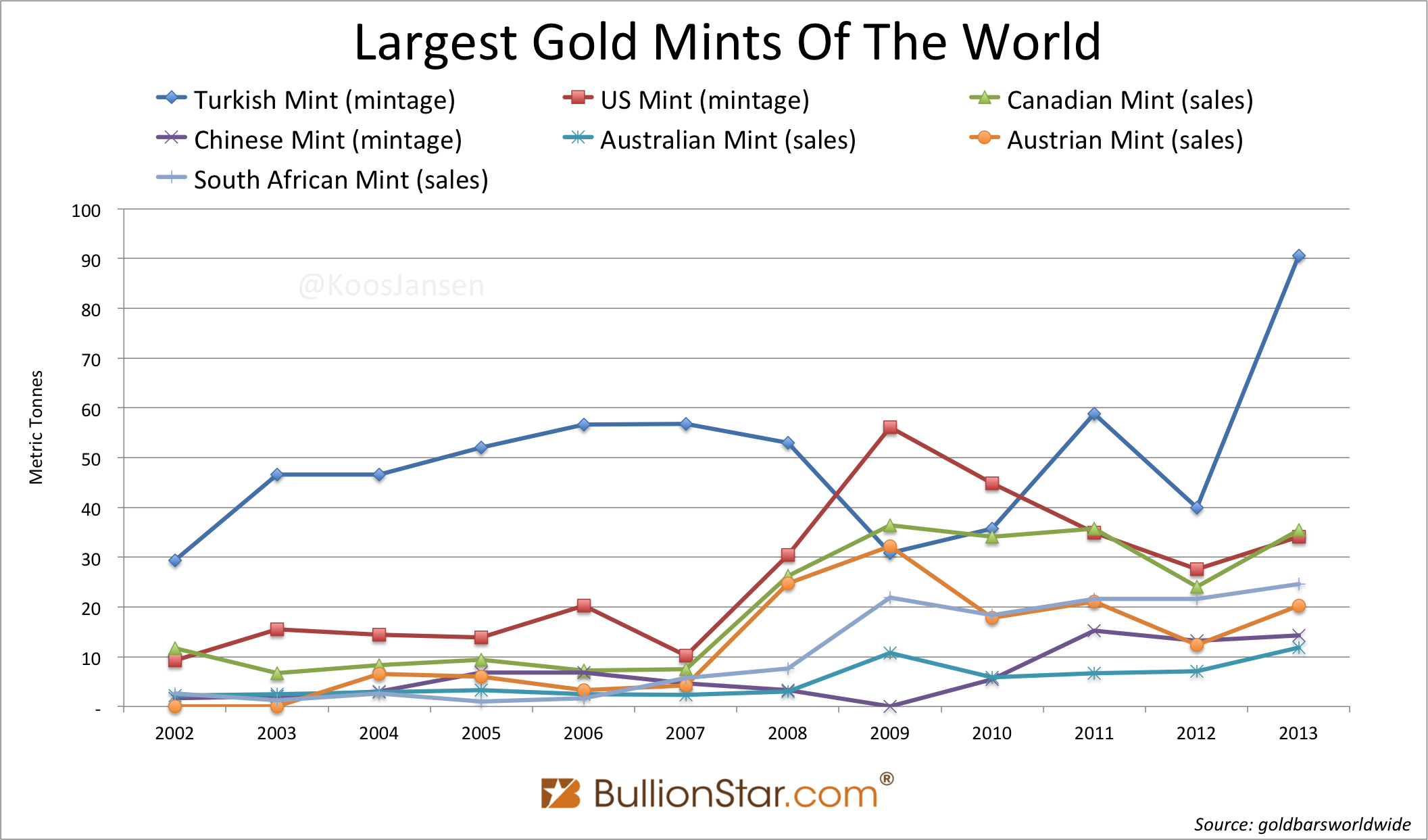 What is little known in the gold space is that the Turkish Mint is one of the biggest mints around. Because Turkish Ziynet coins are not widely sold outside of Turkey, the blogosphere is hardly taking note. However, from 2002 until 2008 the Turkish Mint was by far the largest coin producer on earth, on average minting 49 tonnes of gold a year over this period. The US Mint ranked second, having produced 17 tonnes on average over the same period.

Since Lehman Brothers fell in 2008 mostly Western mints saw their market share grow, led by the US Mint, who overtook the Turkish Mint in 2009 by minting 56 tonnes of gold.

Though data from other mints is lagging, both the Turkish and US Mint publish production numbers every week. From these figures we know Turkish production has also been transcending that of the US in 2014 (by 19 tonnes) at 41 tonnes in total. However, year to date the US Mint has outpaced its Asian colleague by 0.95 tonnes at 4.54 tonnes. 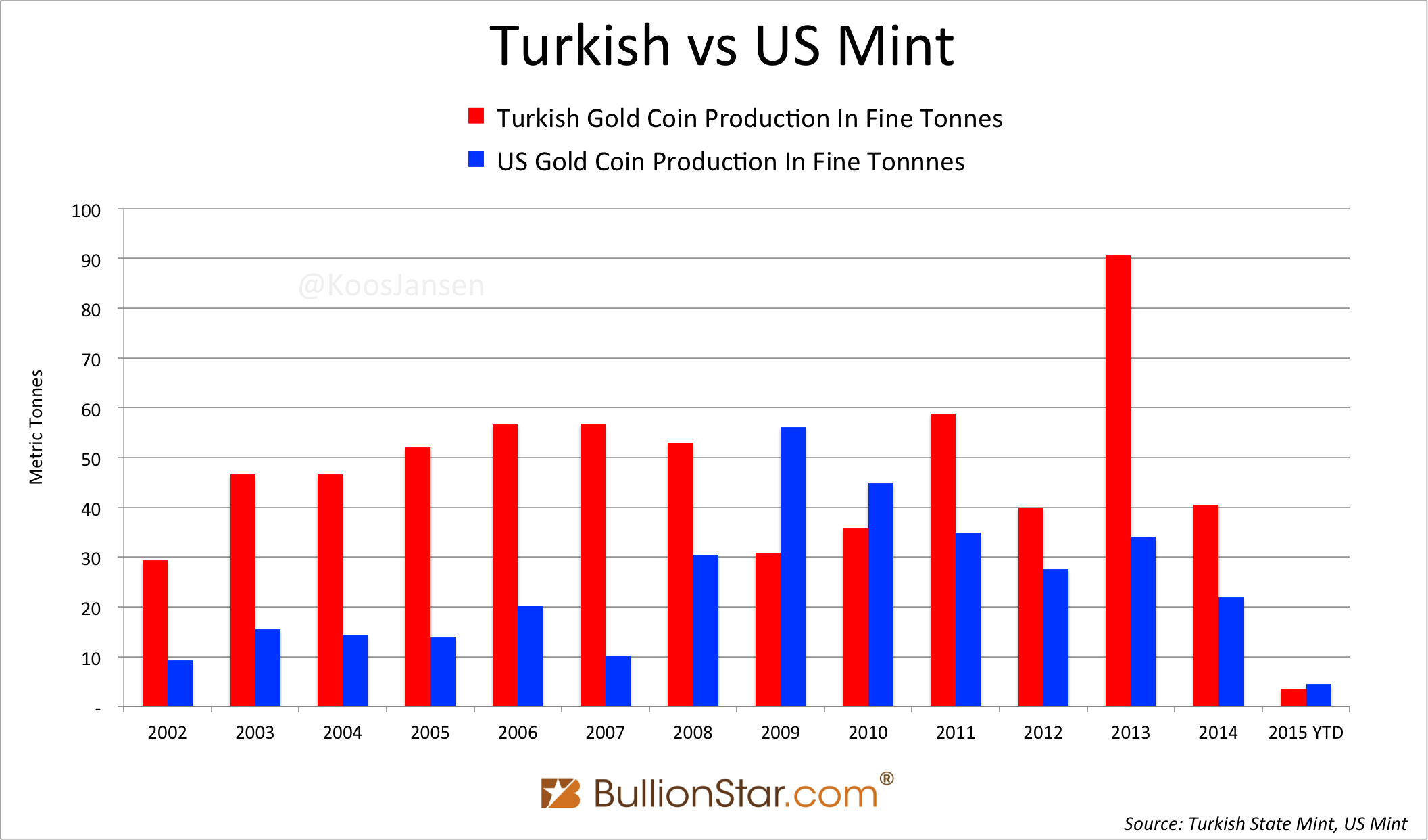 If we look at monthly data we see that after the price of gold made its famous nosedive in April 2103, the Turkish Mint stepped up its production output, before it shut down in August and September 2013, presumably as a result of supply issues. When supply was available again production continued in November and December at more than 10 tonnes a month. 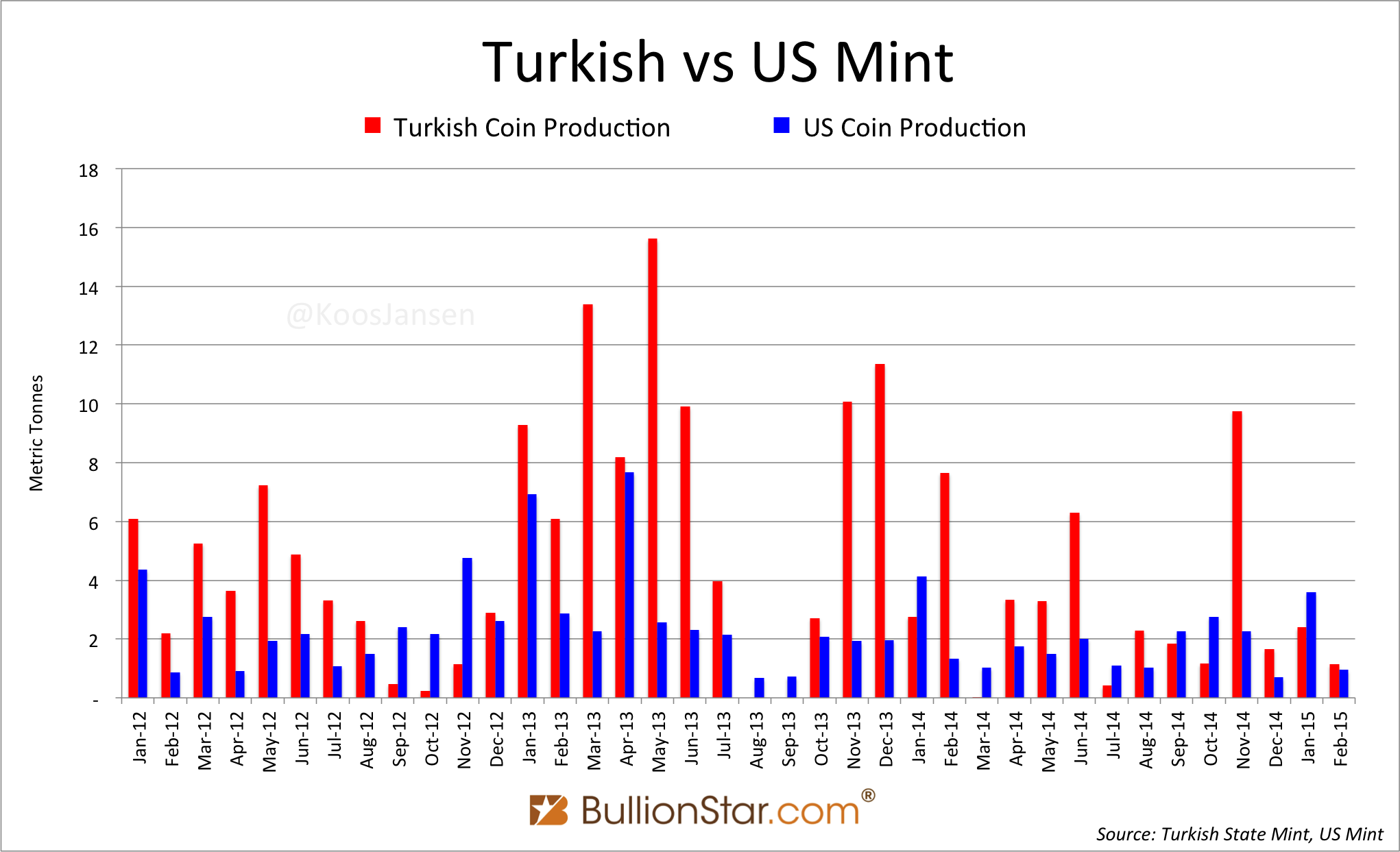 Note, all coins produced by the Turkish Mint are 22 karat. For comparing them to other coins I calculated the fine content.