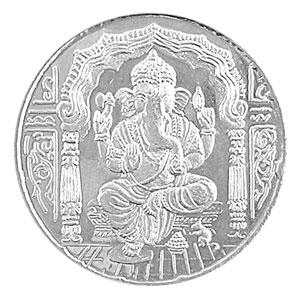 Precious metals analysts have received a few gifts from the authorities this year. In January the Swiss Customs Administration (SCA) decided to disclose their gold trade data country specific (previously only the total import and export numbers of bullion were available), also in January British customs (HMRC) decided to add gold in their trade database (in previous years UK gold trade could only be tracked through Eurostat), and this week the Indian customs department (DGCIS) published their trade statistics of April with full disclosure of the exact tonnage of gold and silver that was imported and exported. In prior reports only the amount of gold and silver that was imported was disclosed, expressed in RS LAKHS (one lakh is equal to 100,000 rupees), which needed to be converted into a weight of gold or silver. This way of converting fiat money into tonnes is often not accurate.

Gold import is currently still being curbed by the Indian government in an attempt to control the current account deficit. In 2013 the Indian government raised the import duty on gold from 4 % to 10 %. Additionally 20 % of gross gold import was required to be re-exported – this is referred to as the 80/20 rule. In this next chart from sharelynx.com you can see the premium of gold in India compared to London spot. At the end of April it touched 20 % (including the 10 % import duty). Many Indians seeking for a store of value fled to silver because of the large premiums on gold. 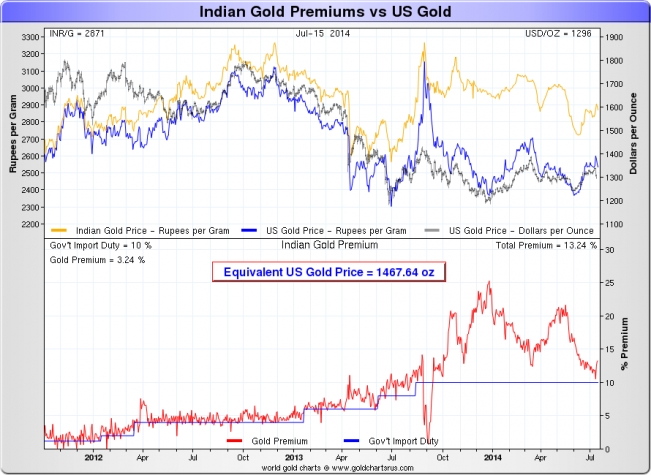 In April 2014 India gross gold import was 43 metric tonnes, net import accounted for 35 tonnes, according to the DGCIS. Gross import was down 28 % m/m, 70 % y/y. Year to date gross import stands at 171 tonnes, down 60 % from last year. Note, these are official numbers, because of the high import duties there is a lot more gold being smuggled into India, unfortunately it is impossible to know how much. 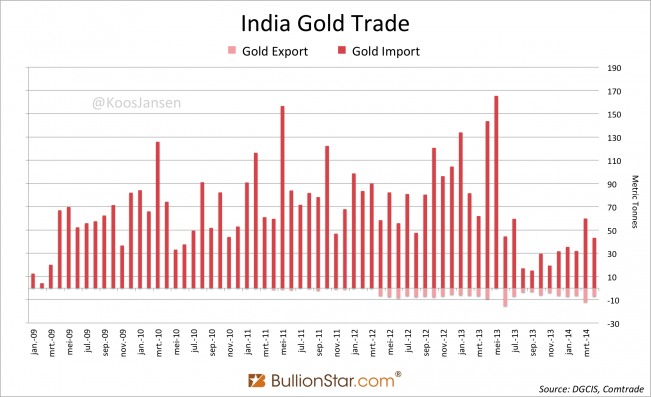 The central bank of India (RBI) plans to swap some of its official gold holdings in Nagpur with gold in London of a higher purity, according to Reuters. Holding gold in England has advantages as it can be leased, used as collateral or sold if necessary in the London Bullion Market. I called the RBI today to ask if there is an official press release on the planned swap. The answer was no. Though they didn’t deny it, at this point only a letter has been sent from the RBI to bullion banks to ask for swap ratios, they told me. I couldn’t get a copy of the letter, therefore I don’t feel confident to speculate on the the details of the swap, I rather wait for more information. Update July 17, 9 pm GMT+1: an email from the RBI just came in with an official statement:

In order to standardise the gold available with the Reserve Bank of India in India with respect to international standards like London Good Delivery (LGD), the Reserve Bank has sought competitive quotes from select/reputed banks/agencies for locational swap of gold in India with LGD gold, to be delivered to our overseas custodian. After due diligence, the Reserve Bank, in consultation with the Government of India, would decide further in regard to quantity, swap-ratio, timing, etc., of the gold to be swapped. It is expected that such swaps would be beneficial to the country in terms of the availability of LGD standard gold with the overseas custodian of the Reserve Bank.

In contrast to the distorted gold import figures, the numbers on silver are likely to be accurate. In April India gross silver import was a staggering 713 tonnes and only 2 tonnes were exported. M/m gross import is up 148 %, January to April gross import stands at 1921 tonnes, up 24 % y/y. 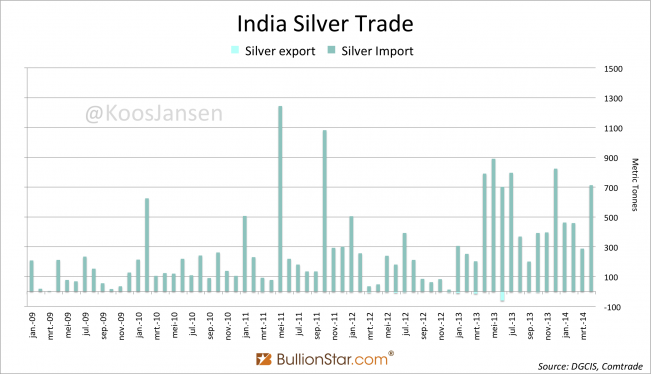 Bloomberg reported, citing the Indian Commerce Ministry, silver imports in June were 332 tonnes. Although I don’t have any numbers on May, silver import in the first half of 2014 was 2254 tonnes at minimum.