Stanczyk: There Is Way More Gold Going Into China Than Is Reported

Last week I had the privilege to talk to Alex Stanczyk, Chief Market Strategist for the Anglo Far- East group of companies. Below a few quotes – Alex also has a military background so that’s where we started.
Do you think there is going to be a war in Syria? 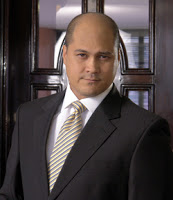 I hope not, but it’s possible. There is an old saying, when goods and commerce stops crossing international borders, than armies do. It’s a pattern throughout history, whenever economies slump one of the escapes is war. What we have to look at is energy as part of the equation. What a lot of people don’t realize is that energy is the lifeblood of the economy and that’s the entire reason for what’s going on in the Middle East. It’s essentially the entire world fighting over that area. There is pattern in the Middle-East wars; Libya wanted gold for their oil, Saddam said the same thing, just like Iran before they got sanctioned. The US’ objective is maintaining the petrodollar. Plus a large part of the US economy is the military industrial complex, if there is not weapons being sold to the US government from military hardware contractors it does affect the economy’s numbers.

What’s going on in the Chinese gold market at the moment Alex?

I might have a small advantage over some other gold commentators. I have been invited to China on several occasions to speak. One of those occasions was to speak to the Chinese government – it was a think tank on monetary policy. I know China is ramping up its gold reserves massively during this period of time. I think their likely importing way more than the figures you and I see show. Our firm has got personal experience dealing with the guys that transport the gold, the security companies. One of our partners had lunch in the recent past with the head of the largest global operations company in security transport. He said there is a lot of gold that they’re moving into China that’s not going through exchanges. If the gold is for the government they don’t have to declare where it’s going. They don’t have to declare where it’s going in, or where it’s heading. If you look at the way the Chinese do things, why would they tell?

…We talked to the head of the largest refinery in Switzerland and he told us directly that all that metal that’s coming out of London (904 tons YTD) is being refined into kilo bars and send to China, as well as metal that’s coming in from other areas in the world, that’s all going to China. It’s way more than is being reported or moved through the exchanges. All the kilo bars go to the Chinese people but the PBOC is likely only buying good delivery.

…The Chinese government is encouraging the people to buy gold for three reasons. Number one, it soaks up capital that would otherwise flow into bubble markets like real estate and equities. Number two, gold provides a strong base in case of inflation or other economic chaos. This provides stability and lowers the chances for civil unrest if there are economic problems. Number three, if the people would sell it back, it gives the PBOC a way to increase its reserves by stealth.Remember the PBOC is very secretive about their gold reserves. It buys a huge amount of gold off books using proxies, so it can keep it reserve numbers hidden. This is very Chinese if you understand the Chinese mindset. The next time they will report on their reserves it will be 3000 tons, probably higher. There is this game that the Chinese play, it’s called Weiqi (pronounced Way Chee), and it’s similar to chess. In Weiqi you have to surround your enemy slowly and lay a trap, and than close the trap all at once. That’s the way the Chinese think, they don’t really disclose what their plan is, they just move tiny pieces around the board in a seemingly incoherent way, but when all the pieces are lined up that’s when the trap is sprung. All of the government party leaders play this game, and the CEO’s and chairman of China’s largest businesses are all part of the party.

…I have spoken to a highly placed member of CSRC and he told me directly that the government’s purpose over the next five year plan is to curb real estate and equities investment and get more people investing in gold.

…If you see the massive demand that’s going over to Asia it’s really staggering. Year to date 1800 tons was imported into India and China, out of an annual mine supply of 2700 tons. It’s a massive imbalance, this never happened before.

Do you think gold is in a bear market at the moment?

I think we have passed the bottom. The fundamentals for the reasons it started going up in the first place never changed; the sovereign debt and the amount of money supply increase. Gold is only measuring the devaluation of paper currencies. This trend is been going on for many years and I don’t see it changing because the governments of the world don’t have solutions to the problems that they’ve got.

Do you think the gold price is manipulated?

I think all markets are managed. The Fed is engaged in essentially open market operations on a daily basis. In the US you’ve got the FOMC and the president’s working group on markets etc. All of these organizations their purpose is to engage in open market operations, whether these be bonds, equities, currencies or gold. It would be naive to think they manipulate all markets but not gold. In fact, if you look at documents from the Fed they state very clearly that it is necessary to manage the price of gold in order to maintain control of the global currency system. I have copies from letters from the Federal Reserve that I have quoted from in various speeches in which this is described.

This is one of the letters from Federal Reserve that Alex has send me, it’s a must read. 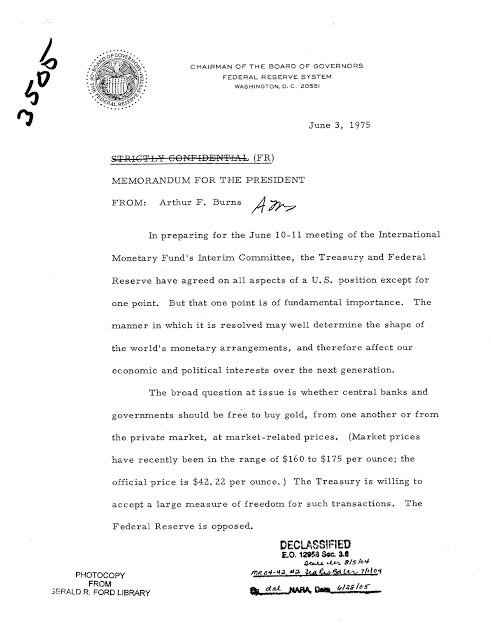 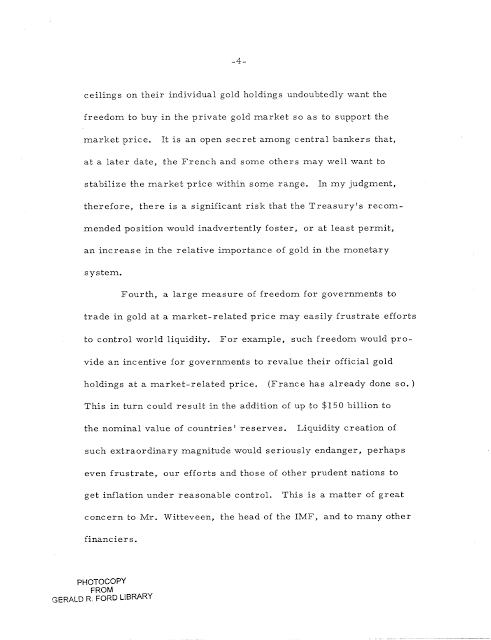 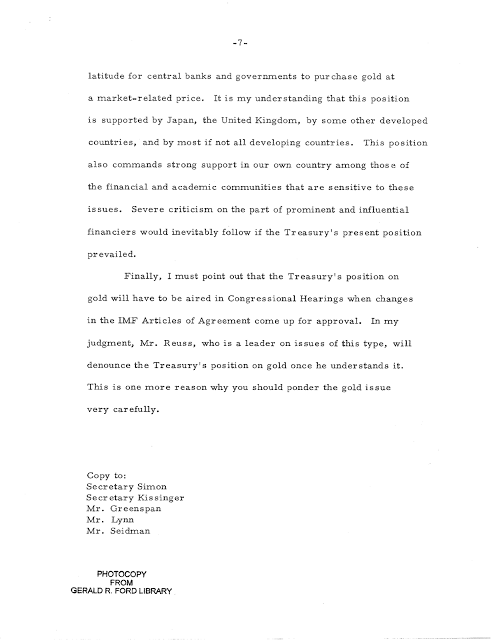