What does one hundred trillion dollars buy you?

How about a mansion in every country, an airplane at every airport and a private island in every ocean? 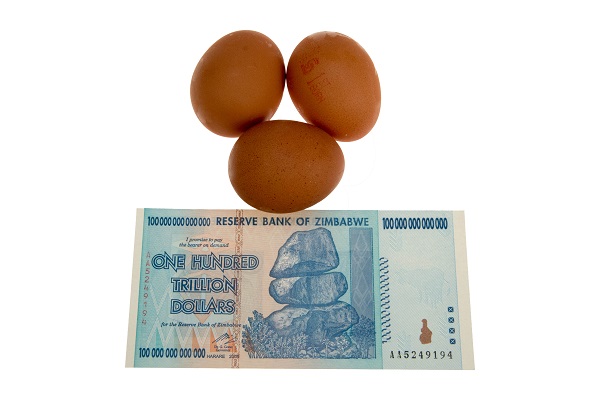 Unbacked fiat/paper/credit, and nowadays electronic currency, has a poor track record. After studying this list of 609 defunct currencies, out of which 153 died due to hyperinflation, it’s obvious that every time fiat currencies are tried, they die through hyperinflation, war or political decrees.

Using the debt-based US Dollar as a store of value creates massive imbalances and misallocations globally. With an unprecedented debt bubble fuelling paper markets such as stocks and bonds, we stand on the cliff edge of a vertical drop.

Since the Nixon era, we have suffered under a fiat currency ponzi scheme wiping out most of the purchasing power of our currencies.

In MLM schemes, the idea is to recruit naive participants downstream to generate compensation for the recruiter.

This is exactly how the US Dollar and other fiat currencies work.

Fiat paper currency is nothing but a cleverly designed MLM scheme to slowly over time steal and redistribute your private wealth.

With the massive redistribution of wealth taking place through taxation and inflation, you have to defend your assets. Key self-defensive tactics include:

Crooks can’t help steal whether it’s directly in broad daylight through a bail-in like in Cyprus in 2013, through taxation, through inflation or through confiscation such as the gold confiscation in the 1930’s when the US president Roosevelt took the United States off the gold standard and confiscated private gold holdings.

How can you protect yourself? Gold is the natural answer as it resists inflation, maintains purchasing power and can be held confidentially.

Buying gold isn’t enough though. What if your gold purchase is within reach of the government? If you buy gold in your home country, a tax agency such as the IRS in the United States can easily audit the bullion dealer to find out about your purchases. In addition, there’s also reporting requirements for certain bullion transactions.

When it comes to bullion storage, diversification is key. It’s certainly wise to keep some of your bullion in your own possession but don’t put all your gold eggs in one basket.

With the financial repression we are witnessing in the West expressing itself through taxation, inflation, bail-ins and confiscations, it’s important to store some of your bullion offshore in a safe jurisdiction favoring confidentiality and security.

Gold has traditionally been stored in financial hubs such as in London, New York and Zurich. With doubts whether there is any gold left in the London and New York vaults which isn’t already encumbered, Singapore is emerging as the strongest alternative for offshore bullion storage. Singapore clearly distinguishes itself as the best jurisdiction in the world to buy and store gold:

Although we don’t recommend holding wealth with banks, other than what you need for short-term expenses, Singapore is host to some of the best capitalized banks in the world such as DBS, UOB and OCBC.

With banks and international institutions pushing for a cashless society so as to be able to impose negative interest rates, surveil your transactions, and impose restrictions on your wealth, Singapore continues to be a cash-friendly jurisdiction. Although Singapore in 2014 stopped printing the world’s most valuable banknote, the SGD 10000 dollar note, it’s possible to use cash for all purchases including purchasing bullion. The SGD 10000 dollar note will continue to be valid indefinitely and the SGD 1000 note is still one of the most valuable worldwide. 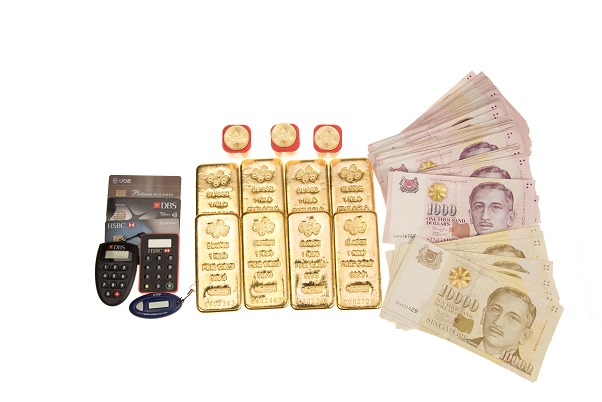 With Singapore emerging as the new global center for wealth protection, it’s wise to check how you can buy & store gold in Singapore.