FRB Bail-ins: You don’t own your money

The account balance on your bank account is known as a demand deposit. Under our Fractional Reserve Banking (FRB) system, your deposits are used by the banks to leverage lending.  What most people think of as their account balance is actually something very different.  Many people mistakenly believe that their account balance shows how much they own.  This is not so. Instead, it shows what the bank owes you. You merely hold a claim on cash. Knowing this will help you understand that bank deposits are actually loans. 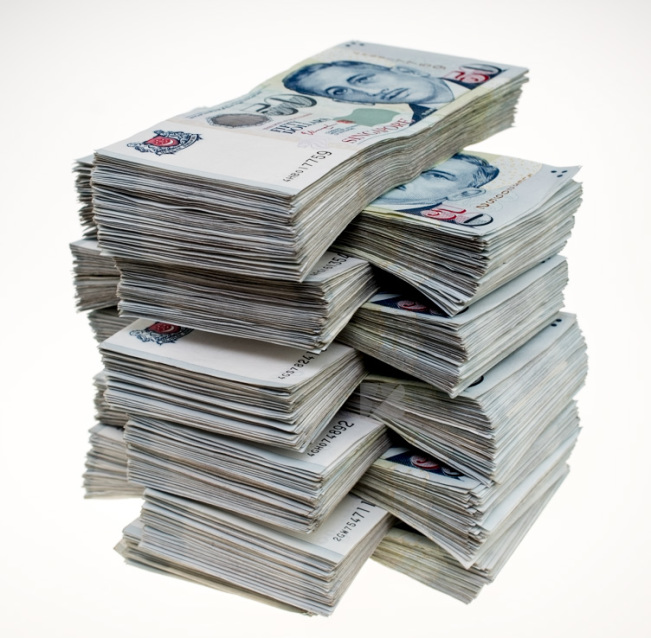 Your cash forms the foundation for a banking system that loans out (hypothecates) your account balance with the promise that they will keep some of it on hand and return all of it if you ask for it.  This is called fractional reserve lending and this is what all banks do.

The legal precedent, that established the foundation for fractional reserve banking, was determined in a UK Supreme Court, (Foley vs. Hill, 1848).

Money, when paid into a bank, ceases altogether to be the money of the principal; it is then the money of the banker, who is bound to an equivalent by paying a similar sum to that deposited with him when he is asked for it. … The money placed in the custody of a banker is, to all intents and purposes, the money of the banker, to do with it as he pleases; he is guilty of no breach of trust in employing it; he is not answerable to the principal if he puts it into jeopardy, if he engages in a hazardous speculation; he is not bound to keep it or deal with it as the property of his principal; but he is, of course, answerable for the amount, because he has contracted, having received that money, to repay to the principal, when demanded, a sum equivalent to that paid into his hands. [Emphasis mine]

In very clear terms, when you deposit funds in a bank account, those funds are no longer yours.  You become an unsecured creditor, or lender, to the bank. Interest payments are supposed to compensate you for the risk in lending funds to the bank but today’s interest rates – being close to zero – do not compensate you for that risk.

Fractional reserve banking works as long as people have faith that the bank will give them back ‘their’ money.  When things aren’t going well, and when the bank is perceived as having taken too much risk, people start demanding their balances back in cash because their trust in the bank’s ability to give them back ‘their’ money starts to diminish.  This is called a ‘bank-run’ and it is what banks fear most.

Assume that all depositors would claim their cash at once. As the reserve ratios are below 10 % for most western banks, less than 10 % of the funds would be available for withdrawals.

Fun fact: A ‘bank holiday’ is when a bank literally closes its doors and blocks account holders from withdrawing their funds.

A bank holiday is often caused by a bank run and is a last resort measure to prevent the bank from going bankrupt, as a major bank run would rapidly deplete the bank of all its funds when set in motion. The most recent example is what happened in Cyprus in 2013. When it became clear to the Cypriot bank account holders that the Cypriot banks had liquidity problems, worried account holders started to transfer their funds to other banks and withdraw their cash.

Cypriot bail-in as a precedent

Instead of the banks being bailed out, the banks had to save themselves and recapitalize by confiscating and freezing part of the bank account holdings. The banks argued that this was necessary or the banks would go bankrupt with the effect that all holdings would be lost.

The Cypriot ATM’s were emptied within hours of the bank holiday announcement. Two weeks later, the banks reopened with strict controls on what remained in the accounts.  Large withdrawals and transfers were strictly controlled.  Up to 85 % of account balances were converted into bank shares irredeemable for years. 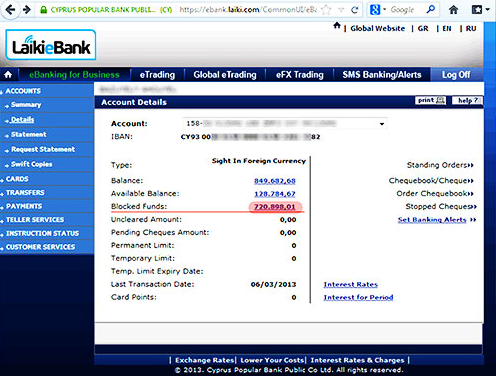 We must understand that funds in a bank account can be easily seized.  The deposit insurance structures that are set up to protect client accounts in some countries, are also on a fractional system.  They are thus also susceptible to bank-runs. In some countries, the government itself provides insurance which instead would mean that the government has to print money to monetize the debts.

While shocking to some, the bail-in strategy is completely legal. Client account holders can only profess ignorance which – when it comes down to it – will not be enough to protect them. Knowingly, or unknowingly, account holders are investors and not savers.

The event in Cyprus is and will not be an isolated event.  We know this because the outline for it happening elsewhere has already been clearly stated and put in writing. The G20 seems to be preparing for a normalization of bail-ins.  In Canada, a bail-in regime was announced already in the 2013 budget.

The Cypriot bail-in certainly looks like a test run for a larger global initiative.

I Owe You Owe Him Owe Her Owe Who?

The value of today’s money is entirely dependent on the masses of people who assign it value and who continue to have confidence in the debt based system. It is a self-fulfilling system that is so fragile that a small crack in confidence can bring down an entire bank causing a tragic loss of “wealth" for account holders and deposits.

The only way to truly own your wealth and to safely store its value is to transfer your wealth into something durable that has intrinsic value and no debt or loan attached – Precious Metals. Fiat currencies are unsuitable as a store of value as they do not have any intrinsic value, and have multiple counter-party claims – I Owe You Owe Him Owe Her Owe Who?

This is why you must own real tangible assets, such as precious metals, for store of value and to protect your wealth.