This month the Chinese central bank reported that in December 2018, its gold reserve holdings increased by 10 tonnes, the first claimed increase in Chinese monetary gold holdings since October 2016.

Based on previous patterns reporting patterns, a two year hiatus in reporting gold holdings is not unprecedented for the Chinese central bank and its reporting agency SAFE. What is strange, however, is that after an extended absence of reporting, the Chinese are coming back to the table with not a lot to show for it.

It is extremely difficult to believe that the Chinese central bank has not been accumulating gold throughout the last two years. Having said that, the claimed 10 tonne gold addition in December is worthy of analysis in regards to its timing and what it may signal. However, it is also important to keep in mind that there is huge and justified skepticism about the true size of the Chinese State’s monetary gold holdings held through the People’s Bank of China (PBoC), and to this we can probably now add skepticism about the real accumulation pattern of PBoC gold. Since the early 2000s, Chinese official gold holdings have nearly quintupled, rising from 394 tonnes of gold in late 2001 to the current claimed holdings of 1852 tonnes today. But notably, during that time spanning more than 17 years, the Chinese central bank has only publicly revealed its gold holdings on four separate occasions, as well as a fifth short period between July 2015 and October 2016 when it reported monthly increases in gold holdings in all months between those dates (July 2015 to October 2016).

The five Chinese gold reserve increase announcements / ranges and their dates are as follows:

From October 2016 until December 2018, SAFE and the PBoC went quiet, claiming in the SAFE monthly reserve updates that China’s monetary gold reserves had remained static at 1842 tonnes throughout all of that period. Which brings us up to date to December 2018, when the Chinese State now claims to have added another 10 tonnes of gold to its reserve holdings.

This sporadic update policy by SAFE and the PBoC, while frustrating from a transparency perspective, is still useful in providing a few milestones and precedents into how the Chinese state previously handled gold holdings updates, and also as to how it said it was active in the gold market between these holdings revelation dates.

Taking the two previous occasions when China revealed gold holdings additions after a prolonged absence, April 2009 and July 2015, on both of these occasions the quantity of gold added was significant, 454 tonnes and 604 tonnes respectively, or 1058 tonnes in total. The gold buying activity of the PBoC from 2003 to 2009 and from 2009 to 2015, on its own admission, also puts into question the accuracy of the December 2018 update, making it extremely difficult to believe that the PBoC just went out and bought 10 tonnes of gold in December, while doing no gold buying at all during November 2016 to November 2018.

Add to this the 184 tonnes of gold the PBoC says it bought between July 2015 and October 2016, this would mean that the Chinese state bought 1242 tonnes of gold over a 14 year period but then suddenly stopped in October 2016, only to resume again in December 2018 with a smallish 10 tonne purchase.

The commentaries provided by SAFE and PBoC at the time of their April 2009 and July 2015 gold holdings updates provide some insight into how the Chinese state buys gold, i.e. via constant accumulation. In April 2009, Hu Xiaolian, the then head of SAFE said that the 454 tonnes of gold that had been added to the PBoC reserves from 2003 to early 2009 “had been purchased from domestic production”. With domestic gold production in those years between only 200-300 tonnes per annum (as per the chart below), the PBoC could not have been just buying very large chunks of a few years gold production to reach this 454 tonne target. It would have to have been accumulating.

Likewise, when in July 2015, SAFE announced the first update to Chinese gold holdings since 2009, the PBoC stated at the time that the “major channels of accumulation” for that 604 additional tonnes of gold was from a variety of sources including domestic gold production, secondary domestic scrap sources, purchases in international markets, and other transacting in the domestic market.

Contrast this to the Russian central bank which over the same time period bought 223 tonnes of gold in 2017, a then record for the Bank of Russia. It then ramped up the gold purchases even further in 2018, adding 264.3 tonnes of gold to its reserves between January to November 2018.

Even the PBoC’s statement at the time of its July 2015 gold holdings update contradicts the data put out by SAFE this month. Because in July 2015, the PboC said:

“On the basis of our assessment of the value of gold assets and our analysis of price changes, and on the premise of not creating disturbances in the market, we steadily accumulated gold reserves through a number of international and domestic channels.”

Not that anyone much at all believes the official data about Chinese strategic gold reserves. Recall that BullionStar ran a Twitter survey last September asking “How much gold does the Chinese central bank (PBoC) really hold?” and provided four optional answers:

A respectable 2337 respondents answered the survey, with a full 91% of respondents (2127 votes) not believing the official figure put out by the Chinese central bank, and only 9% of respondents (210 votes) thinking that the PBoC has the 1842 tonnes of gold it claimed to have at the time in September.

Even Bloomberg Intelligence wrote in April 2015 that:

“The People’s Bank of Chine may have tripled holdings of bullion since it last updated then in April 2009, to 3510 metric tons, says Bloomberg Intelligence, based on trade data, domestic output and China Gold Association figures.”

So the question is, why do the Chinese continue with the charade of rarely reporting gold holdings and then with numbers which pretty much no one believes?

Even the statements that regularly come from Chinese officials connected to the Chinese government, monetary authorities, and gold industry refer to buying targets for Chinese state gold that are far larger than the PBoC data reveals. The probable answer here is that the Chinese state / PBoC want to continue to buy physical gold without the wider market knowing, and without this demand leaking into gold price discovery.

For example, in February 2010, during the mysterious IMF on-market gold sales (which were actually off market and secretive), China Daily news reported that a top official from the China Gold Association (CGA) speaking anonymously had said that:

“Contrary to much speculation China may not buy the International Monetary Fund’s (IMF) remaining 191.3 tons of gold which is up for sale as it does not want to upset the market.”

“It is not feasible for China to buy the IMF bullion, as any purchase or even intent to do so would trigger market speculation and volatility”

In March 2013, the deputy governor of the PBoC, Yi Gang, also commented on how the Chinese state had to be discrete about official purchases so as not to upset the gold market:

“We will always keep gold in mind as an option in reserve assets and investments….we will also take into consideration a stable gold market. If the Chinese government were to buy too much gold, gold prices would surge, a scenario that will hurt Chinese consumers. We can only invest about 1-2 percent of the foreign exchange reserves into gold because the market is too small.”

And then the July 2015 statement from the PBoC itself that:

“…on the premise of not creating disturbances in the market, we steadily accumulated gold reserves“ 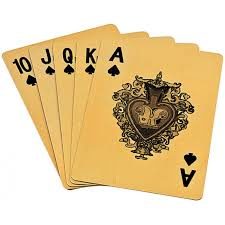 We will have to wait until the next SAFE reserve asset report in early February to see whether the PBoC decides to announce any gold purchases for January. If so, it could mark the beginning of a trend of regular monthly reporting by the Chinese state. If not, then the 10 tonnes gold purchase in December 2018 will go down as a strange anomaly, perhaps as a warning shot to economic adversaries such as the US that it can at any time announce gold reserve updates which could impact foreign exchange markets.

But how much gold might the Chinese central bank really be buying each year, beyond the selective and fabricated numbers? Based on pronouncements and hints from top Chinese officials, the answer may be somewhere in the region of 500 tonnes per year range. In a study in 2012, Zhang Bingnan, Vice-President of the China Gold Association discussed the optimal size of Chinese State gold reserves and their growth rate, saying that:

In July 2014, Song Xin, President of the China Gold Association, said that the PBoC should initially aim for a target of 4,000 tonnes of gold:

“We must raise our [official] gold holdings a great deal, and do so with a solid plan. Step one should take us to the 4,000 tonnes mark, more than Germany and become number two in the world, next, we should increase step by step towards 8,500 tonnes, more than the US.”

Accumulating 500 tonnes of gold per year as these senior Chinese officials suggest would meet the 4000 – 6000 tonne accumulation targets. Only holding 1852 tonnes of gold as the PBoC maintains and buying no gold between November 2016 and November 2018 would not. Just like a good poker player only shows what they they want to show, mixes up their hand, and is sometimes a poker chameleon, the Chinese central bank has a strength of hand and patience to show what it wants while staying in the game.

Note, for more details about the Chinese state’s gold holdings, see the following articles from BullionStar: