One of the most mysterious and unresolved questions in the gold world centers on how much gold reserves the Chinese State, through the Chinese central bank, actually holds. Since October 2016, the People’s Bank of China (PBoC), China’s central bank, has continued to announce unchanged gold reserves each month and persistently claims that its official gold reserves remain static at 1842 tonnes.

That reporting comes through China’s State Administration of Foreign Exchange (SAFE) and is also reported by China to the International Monetary Fund (IMF), as part of the IMF’s International Reserves and Foreign Currency Liquidity (IRFCL) project which collects and disseminates official reserve asset data of the world’s central banks.

This IMF official reserve asset data includes monetary gold holdings, foreign currency reserves, and IMF Special Drawing Rights (SDRs) etc. As can be seen in the below table extracted from the IRFCL database on the IMF website, the figure for China’s monetary gold holdings, which is stated in fine troy ounces, is 59.24 millions, (i.e. 1842.61 metric tonnes). This is also the same gold holdings data that the World Gold Council then extracts from the IMF database and publishes on its own website.

However, as the IMF notes, “Countries participating in this endeavor [IRFCL reporting] do so on a voluntary basis“. The IMF also adds a disclaimer to the data stating “Please note that the re-dissemination of the template data by the Fund (IMF) does not constitute endorsement of the quality of the data by the Fund."

A Leopard doesn’t change its Spots

China has a long track record of being cagey about providing information on the true state of its monetary gold reserves. For example, in April 2009 it announced that its gold holdings had jumped from 600 tonnes to 1054 tonnes, a figure it had not updated since 2003. No one would believe that China had suddenly just bought 454 tonnes in April 2009. The reality was that China was buying on the quiet, under the radar. As Reuters noted at the time on Friday 24th April 2009:

“China disclosed on Friday that it had secretly raised its gold reserves by three-quarters since 2003, increasing its holdings to 1,054 tonnes and confirming years of speculation it had been buying.“

Again in July 2015, China made a surprise announcement, revealing (or claiming) that its gold reserves had increased from 1054 tonnes to 1658 tonnes. As the Financial Times commented in an aptly titled article “China breaks 6-year silence on gold reserves“, saying that

“China ended years of speculation about its official gold holdings by revealing an almost 60 per cent jump in its reserves since 2009."

So CHina had broken a 6 year silence, and not suddenly bought 604 tonnes of gold. In July 2015, the PBoC confirmed that it would begin following  the IMF’s Special Data Dissemination Standard (SDDS) international reserves reporting template which requires contributing countries to provide updated gold reserve data to the IMF on a regular basis. For a while from July 2015, the PBoC reported monthly increases in its gold reserves each and every month.

However, these monthly updates (of constant monthly gold buying) mysteriously came to a halt in October 2016, after which the PBoC claimed each and every month since then to still hold 1842 tonnes of gold. It has now been a full two years since the Chinese State has claimed to have purchased any gold for its strategic gold reserves. In other words, the Chinese have gone silent again.

Is it naive to believe that a secretive nation which has a long track record of buying gold under the radar only to announce the buying later would suddenly stop this practice? Why would China sign up to providing regular updates to the IMF about its gold buying only to back-track 15 months later and put a lock-down on updates? What to believe?

In the Twitter poll we asked “How much gold does the Chinese central bank (PBoC) really hold?" and provided four options….:

How much gold does the Chinese central bank (PboC) really hold?

Although the 4000 tonnes level might seem like an arbitrary number, it took into account that if China, the world’s second biggest economy, wanted to be towards the top of the major league of the world’s central bank gold holders, then it would need to hold more gold than the claimed gold reserves of major central bank gold holders such as Germany (3373 tonnes), Italy (2451 tonnes) and France (2436 tonnes), as well as at least half the amount of gold that the US Treasury ‘claims’ to hold (which is 8133 tonnes).

But equally interestingly, a sizable 36% (841 people) of the twitter poll respondents think that the Chinese State (through the PBoC) has less gold than it claims, i.e. less than 1842 tonnes. This is interesting because the major alternative view of Chinese State gold accumulation is that the Chinese are bound to have more gold than they claim to have because they are stealthy accumulating it, so as to at some point in the future reveal another large jump in its reserves at a time of its choosing, for example, a jump from 1982 tonnes to 3000 tonnes or more.

But the survey shows that while nearly everybody is skeptical about China’s official gold holdings numbers, in addition to being skeptical on the upside, a lot of people are also skeptical on the downside and think that the PBoC doesn’t even have the amount of gold that it claims to have. This, if it was true, would arguably be more newsworthy than the scenario in which the PBoC has more gold than it claims to have, and is something that hasn’t really been discussed anywhere on the Blogosphere  or Twittersphere or in the mainstream financial media, as far as I can recall. 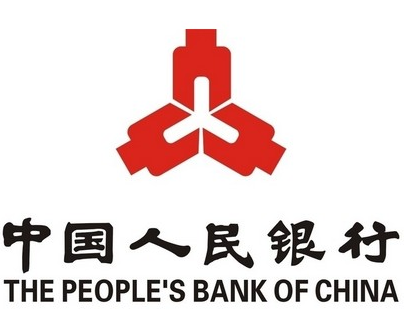 Since China is well-known for overstating numbers related to economic data and quantities of all sorts, then it is possible that the Chinese gold has less than 1942 tonnes of gold. Nobody knows. The reason that nobody knows is that neither Chinese, nor any of their central bank contemporaries around the world, ever allows any independent audits of their gold reserves.

I also think the Chinese have even been receiving large quantities of gold from other central banks behind the scenes in a formal but secret redistribution, for example Banque de Italia sells x tonnes to PBoC (which may sound strange but I heard that this had happened). I also believe China most likely purchased IMF gold in 2010 in the IMF’s secretive ‘on-market’ gold sales, using the Bank of International Settlements (BIS) to price the transfer. Some of the Swiss central bank gold sales in the early 2000s (which look to have actually been executed in the late 1990s and then squared off) are also candidates as surreptitious gold transfers from Western central banks to the Chinese state. Some of these transfers would also point to the probability that China holds some of its gold reserves in the gold vaults of the Federal Reserve Bank of New York (FRBNY) in Manhattan.

So there you have it. A full 91% of survey respondents do not believe the official Chinese position that the Chinese central bank has 1842 tonnes of gold. What to you think? Feel free to leave a comment below with your view.