Revolving Door at the SPDR Gold Trust – 6 CFOs since 2014

The SPDR Gold Trust (GLD) is by far the largest gold-backed Exchange Traded Fund (ETF) in the world, and is listed on NYSE Arca, as well as listed on  the Tokyo, Hong Kong, Singapore and Mexican stock exchanges.

With 1275 tonnes of gold bars ‘claimed’ to be held in a secretive HSBC vault in London, England, GLD is not short of controversy as to its inner workings (e.g. GLD holds large amounts of gold bars at the Bank of England), but still, this ETF is surprisingly popular with well-known and sophisticated hedge fund investors who use GLD for exposure to the USD dollar gold price.

All of this GLD popularity has been very lucrative for World Gold Council (WGC), the gold miners association, which through its fully owned US subsidiary World Gold Trust Services LLC, is the ‘Sponsor’ of the SPDR Gold Trust. In a nutshell an ETF sponsor is the creator of the ETF as well as being the central coordinating hub for the ETF’s management and administration.

As sponsor of the SPDR Gold Trust, the World Gold Council receives ‘sponsor fees’, primarily from GLD, which in its 2018 accounts amounted to a massive US$ 131.7 million, a figure which accounted for 96% of WGC’s revenues in 2018 and which made the WGC’s 2018 member dues for 2018 of $3.06 million pale into insignificance.

The World Gold Council receives such massive sponsor fees due to its sponsor fee being a staggering 0.40% of the Trust’s Net Asset value (NAV). Th GLD sponsor fee was slyly boosted from 0.15% to 0.40% in 2015 after the World Gold Council ran an aggressive and prolonged proxy consent solicitation campaign using proxy voting services Broadridge and D.F. King to bombard GLD’s retail shareholders for months on end until it gained 51% of the shareholder votes to amend the GLD Trust Indenture to 0.40%.

It is therefore strange and concerning, that for such a golden goose as the SPDR Gold Trust, the World Gold Councils sponsor, Manhattan based World Gold Trust Services whose offices  are at 685 Third Avenue) is unable to retain its Chief Financial Officers (CFOs). This is because its CFOs never stay very long and constantly depart. And we’re talking major CFO turnover here. And one of the main tasks of the WGTS CFO is to prepare the SPDR Gold Trust quarterly and annual accounts as well as ensuring that everything about the administration and accounting of the SPDR Gold Trust is in compliance with applicable accounting conventions.

Four years ago this trend was highlighted in a BullionStar article titled “Execs flee GLD – The revolving door at the SPDR Gold Trust Sponsor”, but since then, the CFO exodus has continued. There have now been a staggering six (6) Chief Financial Officers of World Gold Trust Services since early 2014. These CFOs were:

Let’s start chronologically and work forward looking at SEC filings. As a listed security on the NYSE, GLD has to make regular filings with the Securities and Exchange Commission (SEC), and these are useful here for illustrating the revolving door CFO activity at the SPDR Gold Trust.

The Rule of Six

Less than a year later, CFO Adrian Pound departed WGTS on 10 March 2015, and on the same day was replaced by Samantha McDonald as CFO (CFO number 3).

According to the March SEC Form 8-K (section 5.02 titled “Departure of Directors or Certain Officers” and “Appointment of Certain Officers”), a form which listed companies or listed securities are obliged to file for executive level personnel changes:

On March 10, 2015, the Board of Directors of WGTS appointed Samantha McDonald as the Chief Financial Officer of WGTS, with immediate effect.”

Samantha McDonald then resigned on 20 October 2017. In what must have been the surprise departure of McDonald, WGTS had to then appoint WGTS CEO Joseph R. Cavatoni as interim CFO (CFO number 4), and the SEC departure filing shows that WGTS was caught offguard as it sates that “a search has been initiated to identify a new Chief Financial Officer and Treasurer.”

“On October 20, 2017, Samantha McDonald resigned as Chief Financial Officer and Treasurer of World Gold Trust Services, LLC, or WGTS, the Sponsor of the SPDR® Gold Trust, effective November 30, 2017. Her resignation did not arise from any disagreement on any matter relating to the operations, policies or practices of the SPDR® Gold Trust.

Following this recruitment search, over four months later at the end of February 2018, WGTS then appointed Laura S. Melman (CFO number 5) as the next CFO (and Treasurer), and Joseph R. Cavatoni resigned as interim CFO and Treasurer.

“On February 28, 2018, World Gold Trust Services, LLC, or WGTS, appointed Laura S. Melman as the Chief Financial Officer and Treasurer of WGTS, the Sponsor of the SPDR® Gold Trust.

Concurrently, Joseph R. Cavatoni resigned as the interim Chief Financial Officer and Treasurer, with immediate effect. His resignation did not arise from any disagreement on any matter relating to the operations, policies or practices of the SPDR® Gold Trust.”

Fast forward a year and a half to the end of September 2020, and what do we find? Well, you can guess by now. Laura Melman had, in the words of the SPDR Gold Trust filing, ‘ceased’ to be CFO, and was replaced by Brandon Woods (CFO number 6). The title “Chief Financial Officer and Treasurer” was also, during Melman’s tenure, changed to the title of “Principal Financial and Accounting“.

So incredibly, there have now been 6 CFOs of the GLD Sponsor in just over 6 years. Adrian Pound lasted less than a year and a half. Samantha McDonald stayed 2.5 years. Joseph Cavatoni, as the interim CFO was in place for about 5 months. Laura S. Melman lasted 1.5 years. And now the new entrant Brandon Woods has just appeared. 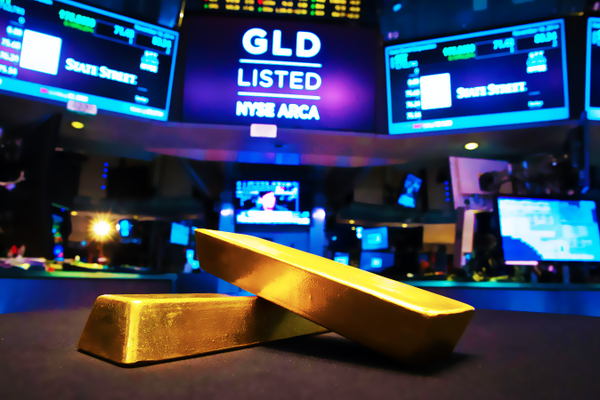 Surely this must be some sort of record? A constant in all of this CFO turnover is that according to the SEC filings of GLD sponsor WGTS, the CFO departures “did not arise from any disagreement on any matter relating to the operations, policies or practices of the SPDR Gold Trust.” But they would say that, wouldn’t they.

We all know instinctively that mass turnover by CFOs in a company is a potential warning sign that all may not be as it should be. And specialists in recruitment, sell-side analysts, and academics in human resources would also beg to differ with the GLD filings to the SEC, as the following quotes illustrate:

“It’s always the sign of some kind of failure if a high-ranking officer leaves their employer very soon," said Dan Dalton, director for the Institute for Corporate Governance at Indiana University." – Source

“CFO resignation is a greater predictor (than CEO resignation) of a future bankruptcy. … It may be because the CFO is more involved in the financial aspects of the company and, therefore, in a better position to identify the impending demise.”  – Beams, Yan (University of New Orleans) and Huang (SUNY Old Westbury). – Source

“When I’ve studied firms that are charged by the SEC with financial misrepresentation, turnover of top managers or auditors is one of the triggers that attracts SEC attention," said Jonathan Karpoff, director of the CFO Forum at the University of Washington.

“A lot of times, the guy comes in and sees a bad situation, the best thing to do is jump ship," he said. – Source

One would think that being CFO of the world’s largest gold-backed ETF would be a prestigious and sought after role. But the recent position holders might beg to differ. So is it a question of WGTS culture, a lack of fit with the CEO, a question of boredom with the WGTS plush Third Avenue offices in Manhattan, or a shock at what is under the hood in the operations of the SPDF Gold Trust?

Take your pick, but as the quote from Karpoff above suggests, maybe the SEC should turn its attention to the SPDR Gold Trust, and ask the question why the CFO role at the NYSE listed ‘GLD’ is too hot to handle. The same would apply to all world’s largest hedge funds, which through their GLD due diligence, have an obligation to their investors to have the GLD’s CFO turnover on their radars.

The only entity which doesn’t seem to want to highlight this CFO issue is the World Gold Council, which remember, is practically bankrolled by SPDR Gold Trust sponsor fees.