This blog post is a guest post on BullionStar’s Blog by the renowned blogger JP Koning who will be writing about monetary economics, central banking and gold. BullionStar does not endorse or oppose the opinions presented but encourages a healthy debate.

U.S. officials were infuriated last week when Germany, the UK, and France unveiled plans to create a European payments channel to help Iran to avoid U.S. sanctions. Even more surprising was their chosen allies: in announcing their sanctions busting plan, the Europeans were joined by Russia and China.

There has been very little detail provided on the proposed payments channel. The press release describes it as “a Special Purpose Vehicle, to facilitate payments related to Iran’s exports (including oil) and imports." Nor did EU High Representative Federica Mogherini’s comments after the press release contain much information about the special purpose vehicle’s technical specifications, other than to say that it would be “opened to other partners in the world."

Despite the lack of particulars, I’ll make some educated guesses in this post about the intended role of the Special Purpose Vehicle (SPV) and how it will be designed. I think that the SPV will probably be able to carve out some space for the rest of the world to engage in Iranian trade, but we shouldn’t overestimate its power. The U.S., after all, wields an incredible amount of economic might and under Trump hasn’t been shy about deploying it.

The background for the creation of the new European payments channel is the Trump administration’s recent departure from the Iran nuclear deal, officially known as the Joint Comprehensive Plan of Action (JCPOA). This was a deal signed by the France, UK, Germany, U.S., Russia, and China, or the E3+3, in 2015. The JCPOA promised to normalize Iran’s economic relations with the rest of the world in return for fully-audited limitations on Iran’s nuclear efforts.

The U.S.’s exit from the JCPOA this spring brought with it a re-imposition of the same harsh U.S. sanctions leveled on Iran prior to the deal. The most damaging of these, oil-related sanctions, will go into effect on November 4. Oil is by far Iran’s largest export. Without the ability to export oil, Iran can expect to be stuck in an autarkic limbo.

In response to the U.S.’s re-imposition of sanctions, many multinational companies that had previously recommitted to Iran after the JCPOA’s passage have been exiting, including Total, Daimler, Maersk, and Mitsubishi UFJ. Nevertheless, Iran continues to keep its end of the deal, the International Atomic Energy Agency verifying that it is implementing its nuclear-related commitments. But the economic damage that the U.S. is creating threatens to undermine the remaining five signatories’ pledge to normalize economic relations with Iran. If Iran ceases to get enough economic benefits from the JCPOA to justify its promise to give up on nuclear weapons, it may simply walk away.

The E3+2’s new payments channel is an attempt to counteract some of the negative economic effects of the Trump administration’s sanctions and thus keep Iran in the deal. To gauge the effectiveness of the tool, we first need to touch on how U.S. sanctions work.

The U.S. has been using a set of blacklists to sever Iran from the global economy. These blacklists were devastatingly effective during the previous round of Iranian economic sanctions (2010-2015), and given the current parade of multinationals leaving Iran, they have not lost any of their potency.

Some of these blacklists designate specific individuals, companies, and organizations owned or controlled by Iran as offenders. The National Iranian Tanker Company (NITC), for instance, has landed on one of the U.S.’s lists, as has Bank Melatt, one of Iran’s largest banks. Another set of blacklists targets activities. For instance, buying Iranian oil has been blacklisted, as has the sale of automotive goods to Iran.

Any foreign institution that does business with blacklisted entities, or engages in blacklisted activities, will be sanctioned by the U.S. The punishment for this involves a restriction of access the U.S. economy. This might mean no longer being able to business in the U.S., having its access to U.S. currency curtailed, or being cutoff from U.S. financial markets and banks.

For instance, a European bank that facilitates Iranian oil purchases may find that it can no longer open a correspondent account with U.S. banks. These sorts of accounts are vital for facilitating U.S. dollar payments. A European auto parts firm that sells suspension systems to Iranian automakers might find that it can no longer buy products from U.S.-based car parts companies. Because losing access to the U.S. economy is so much more damaging than being unable to transact with Iran, many companies have chosen to comply with U.S. sanctions and have left Iran.

The only companies that will risk doing business with blacklisted organizations or deal in blacklisted commodities are those that have no connection to the U.S., and thus little to lose. Government-owned enterprises might qualify. For instance, Chinese and Indian state-owned refineries have little need to access the U.S. market, and can therefore serve as natural buyers of blacklisted Iranian oil.

This option has its limits however. If Iranian oil traders were to sell exclusively to Chinese and Indian buyers, they can expect to be paid with Chinese yuan or India rupees. But Iranians need to import a broad variety of products and services, many of which China and India simply cannot offer. The result would be large amounts of sterile yuan and rupees accumulating unspent in Iranian accounts.

This is where a European payments option may come in handy. Large European firms simply cannot afford to export to Iran or buy Iranian oil. The biggest refiner in Europe, for instance, is France’s Total. Because it has 6,750 employees in the U.S. and millions of American customers, Total has too much at stake to risk offending American rules. But as Iran sanctions veteran Richard Nephew points out, European small & medium size enterprises (SMEs) may step up as a group of “willing to be sanctioned." These European SMEs might not have U.S. subsidiaries nor depend on U.S. supply chains, and little to lose from being sanctioned. If so, they would be able to provide Iran with the sorts of goods and services that India and China cannot export. 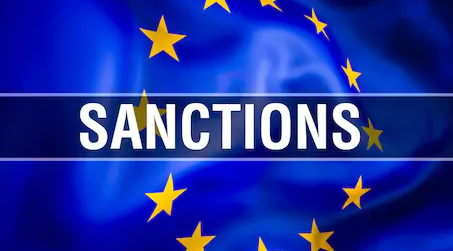 To complete this European connection, Indian and Chinese firms would have to open euro denominated accounts in Europe. They could then buy a portion of their Iranian oil imports with those euros. These euros would flow into Iranian accounts, only to be spent  at European SMEs, say to buy manufactured goods, which would be sent back to Iran. The SMEs could then draw down their euro accounts to pay their employees and suppliers.

The recently announced European SPV could be a way to formalize this trading circuit. All three groups – Indian & Chinese state-owned refiners, Iranian oil merchants, and European SMEs – would establish euro denominated accounts at the SPV. The SPV would act as a euro-based clearing house between these various parties, matching buyers with sellers. In theory this clearing function could also be provided by private European banks, but in practice they would be wary of playing such a role due to concerns about being punished by the U.S. A newly-constituted SPV that has no U.S. function or appendages needn’t share those concerns.

The effectiveness of this payments channel depends on how many European SMEs would be willing to participate. In our interconnected world, many SMEs will have some sort of existing U.S. connection, whether these be American suppliers or customers, and may not be willing to jeopardize this relationship. If a limited number of SMEs sign up to use the SPV, only a small amount of oil trade will be settled in Euros, and Iran will find that the SPV does not provide them with much shelter from sanctions.

It is possible that European governments could incentivize SMEs to join the SPV arrangement.  The European Union’s ‘blocking statute’, for instance, would allow SMEs to recover damages that might result from sanctions. The blocking statute was originally proposed by the EU in 1996 to counteract an American trade embargo on Cuba and sanctions related to Iran and Libya

However, if an SPV were to become too successful, that would doom it. An SPV that attracts large amounts of European exporters would encourage Trump to advance the front lines of his sanctions war and attack the SPV participants themselves. He would go about this by blacklisting all European SMEs that are directly engaging in SPV-backed Iran trade. European suppliers to these black-listed firms would suddenly face immense pressure to stop doing business with their black-listed customers. Even if blacklisted SMEs have no direct U.S. dependencies, odds are that their domestic suppliers will have some sort of vital connection to U.S. supply chains or customers. If they wish to retain this connection, these firms will have to immediately dissociate from SMEs that engage in Iran trade.

Additionally, European banks would face pressure to freeze the accounts of black-listed SMEs for fear of being cut off from the U.S. banking system. This combination of a collapsing supply chain and an exile from the banking system would leave blacklisted European SMEs incapable of doing business not only with Iran, but everywhere else too. In short, they could go bankrupt.

One way or the other, American dominance of the global economy necessarily limits the ability of any European SPV to successfully bust U.S. sanctions. It is certainly possible that the creation of a new payment channel encourages some round-trip trades, say between India/China, Iran, and European SMEs, that wouldn’t otherwise occur. But in the end, the European SPV can never nullify the effects of U.S. sanctions, it can only slightly dampen them. It remains to be seen if this will be enough to keep the Iranians in the JCPOA.