Debt makes the world go round

Money at present, as we covered in the previous chapter, is merely a debt that a government owes you that can be used to pay for another debt of your choice.

Now, if money – the basic medium of all transactions – is debt, what happens when this translates into something a bit more “sophisticated"? Think along the lines of bank balances, credit cards, mortgages, leases, loans, bonds, insurance, pension funds, financial investments, leverage – all this and more are debts on debts where we get government debts, institutional debts, corporate debts, and consumer debts.

This is how our world goes round day by day, each and every day.

But my money in the bank is my savings, no?

Unfortunately not, cash that you deposit into a bank is no longer considered yours, until you withdraw the funds back out. While your money is sitting in the bank, the banks simply owe you a debt. The financial laws in our day and age in summary consider you as a lender to the bank and the bank can use your money that you deposited as they wish as long as they hold a small sum of it (commonly less than 5 to 10% of the deposited amount) as reserves or deemed required by the bank’s financial regulator.

You see for banks – as counter intuitive as this might sound – cash is a liability, a debt that they owe you. They need enough of it, but they are not a big fan of too much of it. Loans, on the other hand, are what they like. Loans are Assets to them. When you make cash deposits into a bank, the bank owes you money, and that cash is not generating any interest for them. Banks need loans to make money, they need more debt owed to them.

Now what happens in the case of a crisis when you get account holders queuing up to withdraw their balances in quick succession, perhaps within a day, so much so that the bank reserves are insufficient? That is called a bank run. That bank either has to borrow money from other banks, other financial institutions, central banks, or risk default.

What is alarming is that in 2013 in Cyprus, we saw that banks can now actually prevent you from withdrawing your funds to protect itself from going bankrupt. Money in the bank might not be as safe as you think. 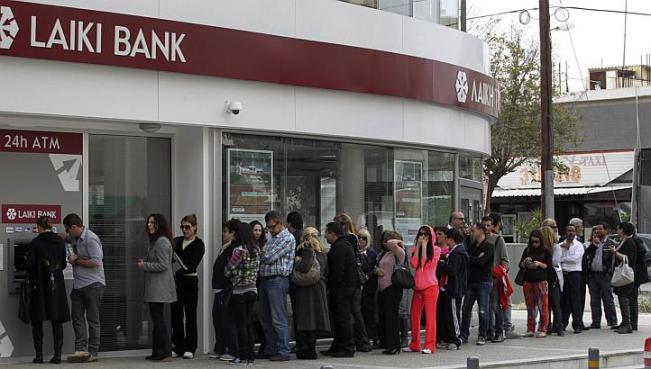 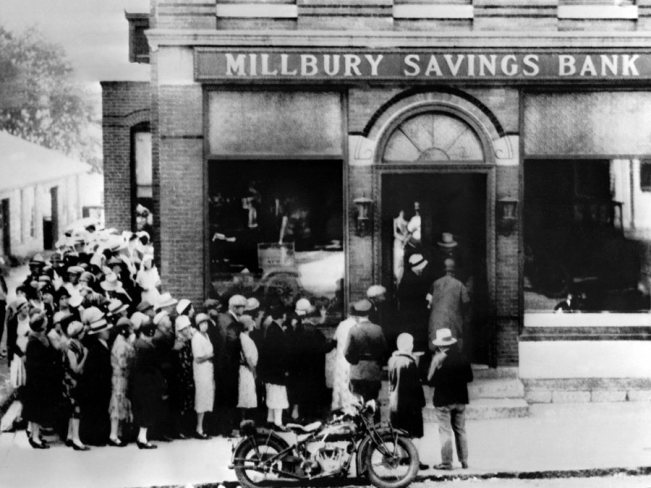 New York – When photos were only taken in black and white

Protect your savings and own some real assets

Is debt evil? Not necessarily.

Debt can be an used as a tool for people to improve their lives, where students can take loans that pay for education, families can take mortgages to buy a house. Debt can also be a tool for businesses to expand their operations, for governments to expand and build their infrastructure and economies. Debt often allows things to be accomplished sooner than if not for debt. But unfortunately, more often than not, greed steps in and people, businesses, governments start taking on more debt than they can bear, more debt than they can repay. This causes stress in the debt system, and the thing with debt is that when kinks in the system start to develop, when there is mistrust, when there is panic, the risk of the system breaking becomes exponentially greater and people, businesses, and governments start to lose what they thought was theirs – what was supposedly their ‘savings’ or their ‘assets’ or their ‘property’.

The sure way to protect yourself against a debt system failure is by owning real, tangible and debt-free assets. Such assets would consist of land, debt-free real estate, collectibles, and of course – Gold and Silver. The less inclined you are in putting your faith in the debt system, the more real assets you would and should hold.