On 17 April, Turkish news publication Ahval published a report stating that during 2017, Turkey withdrew 26.8 tonnes of gold that it had stored in the vaults of the New York Federal Reserve, and moved this gold under the custodianship of the Bank of England and the Bank for International Settlements (BIS).

The source of the Ahval report was a Turkish language article from the popular Hürriyet newspaper in Turkey. According to the Hürriyet report, also dated 17 April, which reported on the latest annual report of the Turkish Central Bank (Türkiye Cumhuriyet Merkez Bankası), Turkey’s central bank increased its gold holdings by 83.3 tonnes during 2017, 37.7 tonnes of which it purchased in the gold trading market of Borsa Istanbul, Turkey’s securities and precious metals exchange.

But of most interest, according to Hürriyet, was that the Turkish central bank also withdrew 28.6 tonnes of gold from the New York Federal Reserve in what it called a ‘complete reset‘, implying that this 28.6 tonnes of gold was the total gold holding that the Turkish central bank stored with the New York Fed at that time. The gold withdrawn from the Fed was then placed with the Bank of England and the BIS. Hürriyet portrays this gold movement as a ‘diplomatic crisis‘ between Turkey and the US, connected to potential military operations by the US against Syria.

Whether the withdrawal of the Turkish gold was in the form of gold location swaps between the NY Fed and the BIS and Bank of England, or whether the gold was actually withdrawn and shipped to Europe was not mentioned. NY Fed gold holdings did not materially change at all during 2018, so it appears that the withdrawal was in the form of gold swaps between the NY Fed, Bank of England and BIS.

Additionally, most gold held at the NY Fed is in the form of US Assay Office gold bars that are no longer accepted as ‘Good Delivery’ gold bars on the international market, so if the withdrawal was a physical one, the gold bars would need to be sent to a gold refinery while in transit to be converted into modern ‘Good Delivery’ bars before being deposited with the Bank of England and BIS. An inconvenience most nation-state gold holders would want to avoid.

The BIS does not have its own golds storage facilities, but instead uses the storage facilities of the Bank of England in London, the Swiss National Bank in Berne, and indeed the New York Fed, maintaining gold accounts at each of these three locations which it describes as “loco London, Berne and New York“.

Turkish gold reserves as reported by its central bank are unusual in that the reported figure of 591 tonnes includes gold which Turkish commercial banks hold with the central bank as part of their gold required reserves. Stripping these commercial bank gold holdings out, the Turkish Central Bank held 202 tonnes of gold of its own at the end of 2017, up from 116 tons held in May of 2017, an increase of 86 tonnes during 2017.

With Turkey’s complete withdrawal of its gold from the gold vaults of the Federal Reserve Bank of New York (FRBNY) under the FRBNY’s headquarters at 33 Liberty in Manhattan, the question must be asked how many other central banks that perceive the United States as a threat have done likewise or are considering doing likewise. The 2008 version of the NY Fed’s brochure ‘Key to the Gold Vault‘ stated that the Fed’s vaults under its headquarters in Manhattan stored gold on behalf of 36 central banks. 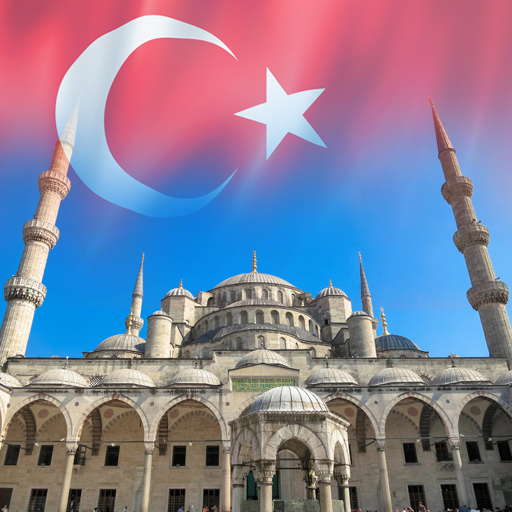 Since this Fed brochure was published than 10 years ago, the figure of 36 foreign central banks is surely out of date and needs updating and indeed downsizing. Perhaps a question to the Fed from an enterprising reporter from the Wall Street Journal or another US newspaper would set the record straight on this issue, although the Fed is famously secretive on this issue, and US mainstream financial media are almost always satisfied with a ‘no comment’ answer from the Fed.

All of the Russian Federation’s Gold Stored In Russia

During March the Bank of Russia added another 9.3 tonnes, and now reports holding 1891 tonnes of gold, 49 tonnes more than the reported holdings of the Chinese central bank.

While Russian gold reserve accumulation is ongoing and to be expected, this week the chairman of the Russian State Duma Committee on Financial Markets, Anatoly Aksakov saw fit to react to the news that Turkey had withdrawn its gold from the New York Fed vaults, and confirmed that all of Russia’s gold reserves are stored on domestic soil within Russia.

According to RT.com, Aksakav said this week that:

“We do not have a gold reserve in the US, we have only Forex (foreign exchange) reserves abroad. No one can lay hands on our gold.“

With US sanctions imposed on the Russian Federation, this domestic gold storage policy by the Bank of Russia is probably to be expected but still reiterates the importance that Russia attributes to ring-fencing its gold reserves away from possible political risks and possible confiscation. As senior Bank of Russia official Dmitry Tulin told Reuters  in May 2016:

“Russia is increasing its gold holdings because gold is a reserve asset that is free from legal and political risks”.

According to the Bank of Russia, two-thirds of its gold reserves are held in Moscow in a Bank building on Ulitsa Pravdy (Pravda Street), with the remaining one-third of the gold reserves stored in a building in St Petersburg.  Recently, Russian media were allowed access to the Moscow vault, and documented a huge quantity of large gold bars (Good Delivery bars) stored in rows of metal cages, as the photos at this link clearly display.

Back in Turkey, Erdogan also made some eye-opening remarks this April about the potential role of gold in international lending. According to Turkish daily Hürriyet, while making a speech in Istanbul on 16 April 2018, Erdogan revealed that he had made a suggestion on this subject at a recent Group of Twenty (G20) meeting, asking:

“Why do we make all loans in dollars? Let’s use another currency. I suggest that the loans should be made based on gold."

These soundings by Erdogan about international loans denominated in gold, coupled with the context of a ‘diplomatic crisis‘ between Turkey and the USA which precipitated the gold repatriation by Turkey away from the NY Fed, both underscore the extreme importance with which nation states regard physical gold as a strategic metal, and the lengths to which nation states such as Russia and Turkey will go to protect their interests against what they perceive as political risks from storing the yellow metal in locations where it might be seized or commandeered.

It may also not have been a coincidence that it was in May 2017 that Erdogan and his entourage visited Washington DC, and it was at this point in May 2017 that the Central Bank of Turkey also began to ramp up its gold purchases after a period of no accumulation, adding on average 11 tonnes of gold to its reserves between May 2017 and December 2017.

While the NY Fed gold vault figures do not show any net gold withdrawals during 2018, it may have been in May 2017 that Erdogan made the call to move Turkey’s New York stored bullion back to less politically risky storage locations in Europe.