There is probably no other topic in the gold and silver markets which incites heated debate more than the subject of precious metals price manipulation.

That prices in the precious metals markets are manipulated is not speculation, it is fact, a fact made clear again recently by the Commodity Futures and Trading Commission´s (CFTC) ruling against investment bank Merrill Lynch Commodities Inc (MLCI) for spoofing pricing of gold and silver futures contracts on the COMEX exchange.

The number of investigations, legal cases, class actions and financial headlines involving precious metals manipulation are now so pervasive that it’s hard to keep track of which cases are in motion and which investment banks are under scrutiny at any given time.

But beyond the profit and greed driven bullion bank manipulations gold and silver prices, there is also the issue of central bank policy interventions to suppress the gold price by outright gold sales or using the opaque and secretive gold leasing and lending market. This is a less talked about manipulation given the secrecy of everything to do with central banks and gold, as well as a reluctance of the financial media to broach the subject and a reluctance of regulators to ´go there´ by even looking at central bank gold market activities.

That central bank operations in the gold market have existed is also fact, with such operations covering price smoothing and price stabilization, price pegging, and coordinated gold pools. See BullionStar articles “New Gold Pool at the BIS Basle, Switzerland: Part 1" and “New Gold Pool at the BIS Basle: Part 2 – Pool vs Gold for Oil" and “The Bank of England and the London Gold Fixings in the 1980s" for more background. There is also ample evidence about central bank manipulation documented in various places including on the GATA website. The motivations for such central bank interventions include protecting the existing financial system, engineering low real long term interest rates, and preventing gold acting as a barometer of inflation.

But beyond even commercial bank manipulation of gold and silver metals prices and central bank policy manipulation of gold, there is arguably another form of manipulation in the precious metals markets which is far more influential in subduing price discovery and which takes the form of the very structure of how these markets trade vast quantities of futures contracts and synthetic and paper gold and silver positions that are completely unconnected with any underlying physical metal. The home of this trading is of course on the US COMEX exchange and the unallocated gold and silver markets in London. Both venues of which are ruled by the LBMA bullion banks.

Turning first to the recent Merrill Lynch case, in late June this year the CFTC announced that it had fined Merrill Lynch Commodities Inc (MLCI) $25 million for manipulating gold and silver futures contracts on the COMEX exchange between 2008 and 2014. This was done ‘thousands of times’ according to the CFTC, by MLCI traders ‘spoofing’, or placing and then cancelling orders before they were executed. By creating artificial demand or supply and thus false prices, this interfered with the (already broken) precious metals price discovery that would have otherwise occurred.

Interestingly though not surprisingly, much of the direct evidence the CFTC used in its verdict was from the myriad log files of trader chat apps which were used to coordinate the spoofing. For example, in one 2010 chat, a trader was quoted as saying “guys the algos are really geared up in here.  [I]f you spoof this it really moves . . .”.

While a lot of money for most people, a $25 million fine is a paltry amount for a global investment bank such as Merrill Lynch and is just a cost of doing business on bank-ruled Wall Street. However, the ruling at least demonstrates that what many always thought about precious metals futures price discovery as being rigged and manipulated is in fact correct. As well as the $25 million fine, Merrill entered into a non-persecution agreement with the US Department of Justice (DoJ), agreed to cooperate with the DoJ investigation into criminal violations, paid a $11.5 million civil monetary penalty to the CFTC, and had indictments against two of its former MLCI precious metals traders, Edward Bases and John Pacilio.

But the recent case against Merrill is not an isolated event. It follows similar moves by the CFTC in early 2018 where the CFTC charged investment banks UBS, Deutsche Bank and HSBC and a number of their traders for spoofing precious metals futures from as early as 2008, while fining the banks a combined $46.6 million (of which $30 million was levied against Deutsche, and $15 million against HSBC). In those cases, the CFTC worked with the US Department of Justice and the FBI to bring the charges.

Moving forward to this year, in February 2019, the U.S. District Court for the District of Connecticut fined ex UBS precious metals trader Andre Flotron $100,000 for price spoofing and price manipulation in violation of the Commodity Exchange Act (CEA) and CFTC Regulations. In that action, the CFTC found that Flotron had spoofed large orders in the precious metals markets between “at least August 2008 through at least November 2013, while employed at UBS”. This followed the CFTC reopening the case against Flotron in December 2018.

For excellent insights into how these UBS and other investment bank traders operated their spoofing, see the articles by Allan Flynn from April 2018 titled “US Gold and Silver Futures Markets – ‘Easy Targets’” and “UBS and Deutsche Bank gold and silver traders, April 2018”. For example, in evidence at the Flotron trial, Mike Chan, a UBS junior trader to Flotron while they worked in Singapore stated to the court that “during training, I’d seen him spoof and –  enough that I replicated it immediately to do the same thing. And as my career progressed at UBS, the more traders I interact with, the more people I’ve seen spoof.” 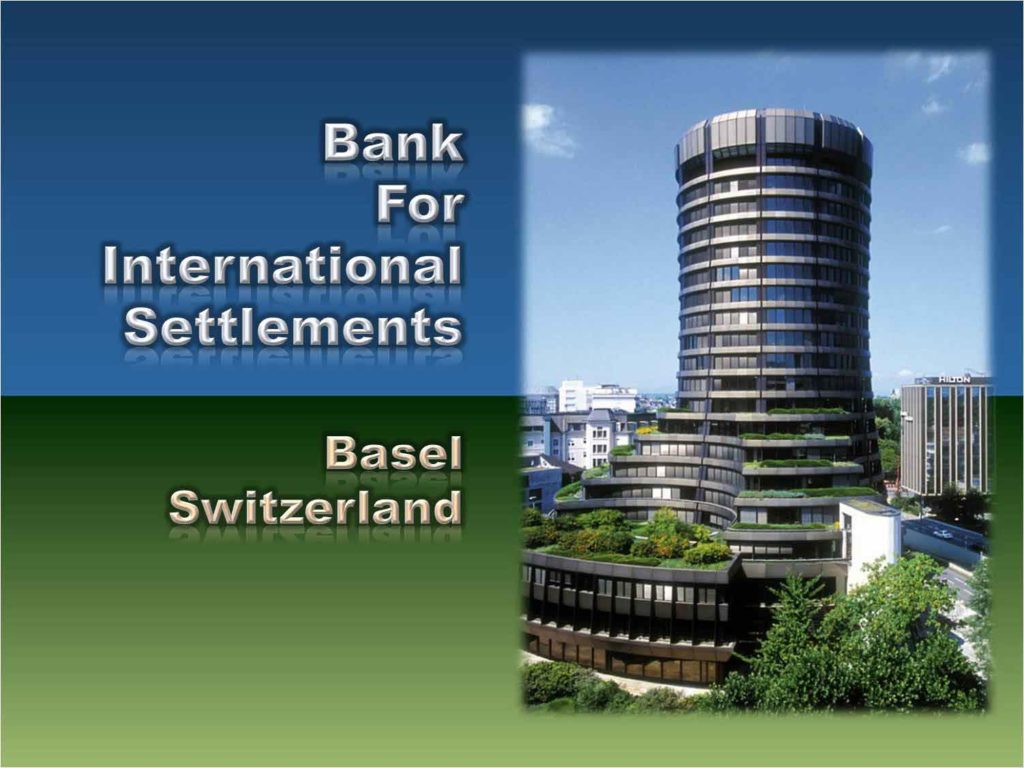 The Fix is In – Manipulating the Gold and Silver Benchmarks

Beyond the gold and silver futures markets, but interfacing with the futures, a similar group of bullion bank traders are, not surprisingly, also involved in antitrust court cases alleging that these banks manipulated the London gold and silver fixing benchmark auction prices. While these cases are still winding their way through New York courts, and have not yet been fully ruled on, the chat room transcripts on manipulative price collusion can only be described as shocking, chat transcripts which anyone who bothered to think about it knew they existed from at least 2004.

The cases in question have been brought by groups of precious metals investors against the cartelesque London Gold Fixing and London Silver Fixing companies with allegations that Bank of Nova Scotia and HSBC manipulated silver fixing prices from 2007 to 2013, and that ScotiaBank, HSBC, Barclays and Societe Generale manipulated fixing prices from 2004 to 2013. Noticeably absent is Deutsche Bank which settled its way out of both cases, and UBS which successfully dismissed itself from both cases using cooperation and expensive lawyers.

Again we turn to an article by Allan Flynn from December 2016 titled “How to Trigger a Silver Avalanche by a Pebble: ‘Smash(ed) it Good’ which has a host of excellent quotes from chat room transcripts on how traders allegedly manipulated the silver market, for example:

UBS Trader A: “gonna bend this silver lower”; “i will bend it lower told u”; ”hah cool its gonna get ugly”; “use the blade on silver rg tnow it’ll hold it up", “gona blade silver now.”

UBS Trader A: “an avalanche can be triggered by a pebble if you get the timing right” and “silver still here, u can easily manipulate silver"

With the cases against the London Gold and Silver Fixing companies still in discovery in the New York courts, expect further revelations later this year, but given the leniency of the system, not a lot of penalties.

The same investment bank precious metals traders trade gold and silver futures contracts and London OTC contracts, and they trade these in the London and COMEX ‘venues’ at the same time. Price movements in one location instantly are reflected in the other. This is all explained in the BullionStar article “Spoofing Futures and Banging Fixes: Same Banks, Same Trading Desks" from April 2018. At the time I said the following, which is even more apt now given the CFTC’s recent prosecution of Merrill Lynch Commodities Inc (MLCI):

“Prosecuting banks and traders for price manipulation on COMEX futures while ignoring the far larger London market and its gold and silver fixings looks like a job half done. Trading desks and their traders are agnostic to trading venues and with interlinked markets, the COMEX and the London Fixings are two sides of the same coin."

Conclusion – The Greatest Trick ever Pulled

Manipulating gold and silver prices by spoofing futures trades and cancelling them is one thing. Central bank intervention into physical gold markets to dampen the gold price is another. But perhaps the most far reaching yet unappreciated method of manipulation is sitting there in plain sight, and that is the very structure of the contemporary ‘gold’ and ‘silver’ markets where prices are established by trading in vast quantities of fractionally-backed synthetic gold and silver credit, be it in the form of vast quantities of unallocated positions that are ‘gold’ or ‘silver’ in name only, or in the form of gold and silver futures which haven’t the slightest connection with CME approved precious metals vaults and warehouses.