Guest Post: How to Trigger a Silver Avalanche by a Pebble: "Smash(ed) it Good"

Written by Allan Flynn, specialist researcher in aspects of gold and silver. 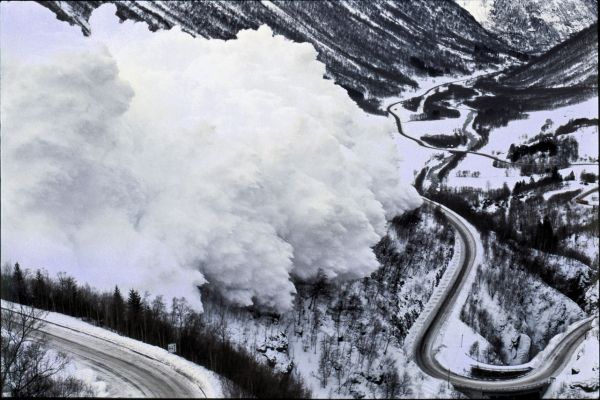 Earlier this year at April’s hearings for London Silver and Gold Fix lawsuits, the judge and defendant’s attorney quipped about trader chats named “the mafia” and “the bandits” published in prosecutors findings of Forex investigations but conspicuously absent from precious metals investigation findings, and the silver and gold antitrust lawsuits under consideration.

THE COURT: “Those were bad facts for the defendants.”

LACOVARA: “I think, your Honor, that if we had chat rooms that said “The Cartel", we might be having a different focus to oral argument today.”

THE COURT: “I think that is correct.”

Given the judges skepticism of the allegations described in an earlier article, it came as a surprise early October when the banks listed were ordered by magistrate Valerie E. Caproni to face charges. More surprising perhaps was the exemption granted Swiss bank UBS, which despite having been found guilty and fined for “precious metals misconduct” by the Swiss Financial Market Supervisory Authority FINMA in November 2014, was granted motion to dismiss from both silver and gold lawsuits.

All that may be about to change according to documents filed in a New York district court December 7th, where plaintiffs claim that transcripts showing conspiracy to manipulate silver, provided by Deutsche Bank as part of an April settlement agreement, includes extensive smoking gun evidence involving UBS and other banks. Plaintiffs describe a “multi-year, well-coordinated and wide-ranging conspiracy to rig the prices of silver and silver financial instruments that far surpasses” that of the previous complaint, including potentially incriminating evidence of UBS precious metals traders allegedly conspiring with other banks.

Included in the memo are numerous astounding transcripts indicating coordination between UBS and other banks of “pushing,” ”smashing,” ”bending,” ”hammering,” ”blading,” ”muscling,” and “ramping” the prices of silver and silver financial instruments.

In support of claims of conspiracy to manipulate the price of silver downward the following gem is attributed to UBS Trader A: “so we both went short” “f*cking hell it just kept going higher” “63,65, then my guy falls asleep, it goes to 69 paid!” “then finally another reinforcement came in.”

Discussions supposedly of coordination between UBS and their competitors about fixing the price of physical silver by offering only wide spreads between the bid and ask (where a “lac” is reference to an Indian measure equaling 100,000 units) go like this:

UBS Trader B: “what did u quote let me check”

UBS Trader A: “just quote wider if they call me in 1 lac I will quote 7-8 cents”

UBS Trader A: “silver actually steadier than gold i would make 5-6 cents wide in silver”

UBS Trader A: how wide would you quote 5 lacs silver?”

Manipulation of the Silver Fix price to benefit their silver trading positions in derivatives by UBS is claimed in the following exchanges:

Deutsche Bank Trader B: “u guys short some funky options” “well you told me to no one u just said you sold on fix”

UBS Trader A: “we smashed it good.”

Deutsche Bank Silver Fix Trader-Submitter A: “UBS boring the market again”…”just like them to bid it up before the fix then go in as a seller…they sell to try and push it back.”

It’s further alleged by plaintiffs that UBS implemented an “11 oclock rule” where both UBS and Deutsche Bank would short silver at 11A.M.

As examples of the comparative ease by which UBS moved the silver market the memo reveals Deutsche Bank Trader B added UBS Trader A to a chat with HSBC Trader B, which UBS Trader A deemed “the mother of all chats,” and leading to the trader’s own analysis:

UBS Trader A to Deutsche Bank Trader B: “if we are correct and do it together, we screw other people harder”

UBS Trader A: “an avalanche can be triggered by a pebble if you get the timing right” and “silver still here, u can easily manipulate silver”, and in reference to UBS supposed manipulative influence by an unnamed party: “u guys WERE THE SILVER MKT.” 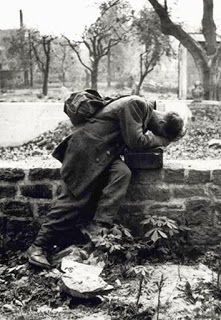 UBS intended to reap financial rewards by manipulation of the price of physical silver and associated financial instruments, the memo says as UBS Trader A suggested: “go make your millions now jedi master…” “pls write me a check when u aer a billionare,” and “i teach u a fun trick with silver” to which Deutsche Bank Trader B replied: “show me the money.”

Confident of their ability to manipulate UBS made bold predictions according to the following alleged extracts:

UBS Trader A: “gonna bend this silver lower”; “i will bend it lower told u”; ”hah cool its gonna get ugly”; “use the blade on silver rg tnow it’ll hold it up,”

Of course all the secrecy in the world about the operations was required of the chat groups by UBS Trader A stating: “pls keep all these trick to yourself,” “btw keep it to yourself…,” and “ok rule of thumb EVERYTHING here stays here.”

Examples of other banks alleged transcripts are included in the following:

It’s alleged that Barclays and Deutsche Bank shared information so often that Barclays Trader A remarked “we are one team one dream.”

Materials in the memo even include the Deutsche Bank and Barclays precious metals traders agreeing at one stage to “stay away” from silver for a week.

The traders of course knew it was terribly wrong with Barclays Trader A responding to Deutsche Bank’s Trader B instruction to “push silver”: “HAHAHA lol i don’t think this is politically correct leh on chat.”

Allegedly fixing the bid-ask spread they offered clients on silver:

Merrill Lynch Trader A: “How wide r u on spot? Id assume 10 cents for a few lacs?”

…Merrill Lynch Trader A: “we had similar” “I sweep them…Fuk these guys.”

Showing disregard to global regulators even after noting their activities the two continued to “sweep” the silver market, allegedly observing at one stage: “Someone got stopped messily.” 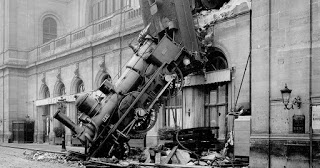 Fortis Bank Trader B allegedly conspired with Deutsche Bank to manipulate silver prices, using what he termed a “bulldozer” on the silver market.

Conversations between Deutsche Bank Silver Fix Trade-Submitter A and Standard Chartered Trader A as follows:

“23.40 thru that use it as a stop profit and let it runnnnnnnnnnnnn”

“were on the same wavelength”

Assuming the transcripts submitted are accepted and plaintiffs are permitted to file their Third Amended Complaint, the possible pending “avalanche" of settlements in silver lawsuits will speak volumes for the investigative prowess of the CFTC and the DOJ, both of which were commissioned to investigate long running allegations of silver and precious metals market manipulation over recent years, and came up completely empty.

It appears Judge Caproni, former FBI General Counsel, was on the money when considering the potential of ineptitude in government investigations of precious metals markets at April’s gold hearing: “I don’t put a lot of stock in the fact that there are investigations because I was a government lawyer for a long time and I know what you need to open an investigation. By the same token, the fact that they closed it without charging anybody doesn’t mean that everybody is innocent. So I don’t put a lot of stock in it one way or the other.”

The CFTC proudly announced in September 2013 they had spent five years and seven thousand enforcement hours investigating complaints of manipulation in the silver market, including with assistance by the Commission’s Division of Market Oversight, the Commission’s Office of Chief Economist, and outside experts, but yet found nothing.

The Department of Justice Antitrust Division which were so confident of their investigation of collusion in precious metals they went to the extraordinary lengths in January of this year of providing a letter to silver and gold lawsuit defendants advising they had closed their investigation without findings of wrongdoing.

The Swiss Financial Services watchdog FINMA investigated, published and prosecuted UBS for forex and precious metals trading misconduct but yet said so little about precious metals findings in their November 2014 investigation report, it was impossible for the court to withstand UBS motion to dismiss in both metals.

And finally of the ability of authorities to reign in rogue banks in the precious metals or any other markets, the memorandum flags a fact that should draw the attention of those trying to figure out if they can indeed trust that their bullion bank has their best interests at heart simply by banning participation in trader chat rooms.

“The chats contained in the DB material are just the tip of the iceberg, as evidence suggests that Defendants intentionally communicated in undocumented ways to keep their manipulation hidden.”

For example the memo includes the salient reminder that banks will always find a way “to evade detection," in this case where two traders are described as also communicating “via email and personal cell phone.”

The above article was first published at Allan Flynn’s website here.

Allan Flynn is a specialist researcher in aspects of gold and silver. He is currently investigating for future publication on the same topic and works in property and commercial architecture when he needs to eat. He holds shares in precious metals producers and banks.