The world’s major precious metals mints are currently riding high on the back of extremely strong global bullion coin demand and relatively buoyant gold and silver prices. These mints are predominantly run as commercial enterprises. The sheer scale of revenues that the US Mint, Royal Canadian Mint (RCM), Perth Mint and Austrian Mint have been generating over the last number of years is eye-opening. Not surprisingly, due to their high value nature, revenues from bullion coin sales account for the lion’s share of total revenues for each institution and have been a core driver of their overall profitability.

In fiscal 2015 (to September 30), the US Mint generated revenues of US$2.12 billion on its bullion coin sales. This represented 57.6% of the Mint’s total 2015 revenues of US$ 3.69 billion. Revenues from gold Eagles totalled $979.6 million, silver Eagle sales added $785.4 million, and gold American Buffalos contributed another $252.2 million in revenues.

The Austrian Mint’s annual report for 2015 is not out yet but will be published in early July. For calendar 2014, the Austrian Mint generated revenues of €1.14 billion. The biggest revenue contributors were gold bullion coin sales of €464.2 million and gold bar sales of €391.7 million. Together the Austrian’s Mint’s gold coin and bar sales represented a combined 75% of total mint revenues.

However, profit margins on the mints’ bullion coin sales are relatively small. For example, in fiscal year 2015, the US Mint only generated bullion income of $61.1 million on bullion revenue of $2.126 billion, so this was a margin of 2.87%. Nevertheless, it’s important to remember that the bullion sales of these mints, both in coins and bars, supply a global distribution network of precious metals wholesalers, bullion dealers and banks on the downstream side, as well as a chain of precious metals suppliers, refineries and gold miners upstream. Not to forget the ultimate beneficiaries of bullion sales, the investors and collectors. There is therefore an entire virtuous ecosystem built around the bullion coin output of these giant precious metals mints.

Furthermore, an often overlooked point is that with all four of these mints, profits from operations can and often do go to the mints’ owners in the form of either transfers or dividends. For three of the mints, their owners are governments. For the Austrian Mint it is owned by a government-owned central bank, which is essentially the same thing. 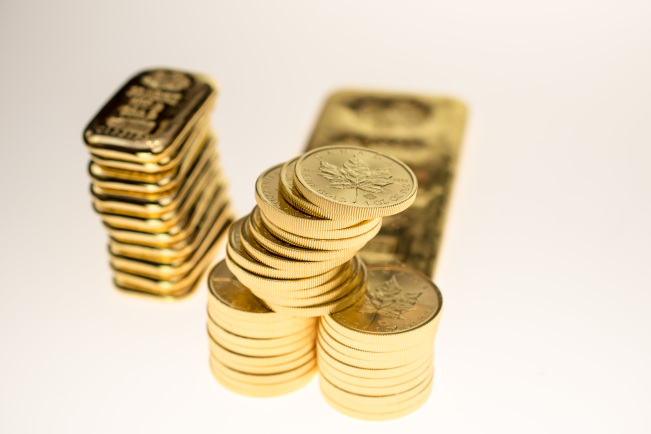 The US Mint is part of the US Department of the Treasury, and reports to the Office of the Treasurer. The Mint is structured as a Public Enterprise Fund (PEF) under 31 U.S.C. § 5136 and generates its own revenues without the need for Federal appropriations. Any revenue that the US Mint deems to be excess to it’s needs is transferred to the Treasury General Fund.

For fiscal year 2015 (to September 30), the US Mint transferred $561 million to the Treasury General Fund, however $11 million of this was income from numismatic / bullion products, as the rest was a seigniorage transfer from the sale of circulating coins to the Federal Reserve Banks. But interesting, this $11 million can actually be used to reduce the US Treasury’s budget deficit.

The Royal Canadian Mint (RCM), a federal Crown corporation of the Government of Canada, is 100% owned by the Canadian Government and reports to the Canadian Department of Finance. Like the US Mint, the RCM is not funded by the Government and is predominantly run as a commercial organization except for the Canadian circulation coin program which since 2014 has been operated on a non-profit basis. Although the RCM made a small loss in fiscal 2015 (its year-end is December 31) due to a one-off impairment, it still paid dividends of CA$53 million to the Government of Canada which was a lot higher than previous years due to strong Maple Leaf coin sales. The relative importance of gold and silver bullion coin sales varies across each mint and between years since each Mint’s bullion program differs, and demand patterns ebb and flow.

Overall, the world’s largest mints are a useful source of income for their government owners. More importantly though, these Mints actually make the valuable and high quality investment gold and silver coins and bars that are in such high demand right now, and that also provide tangible economic benefits such as employing large numbers of people around the world in highly skilled jobs.

To learn more about the world’s top Mints, please see full profiles of these Mints which have now been published on BullionStar’s Gold University pages: