The Blockchain Beyond Bitcoin

The rapid emergence and commercialization of blockchain technology is undoubtedly one of the key technological trends at the moment, not just within crypto currencies, but as a disruptive technology across many industries and economic functions.

At a high level, a blockchain is a distributed and public digital ledger of transactions that is updated across a peer-to-peer network, and that uses cryptography to record and update the chain of blocks that make up the ledger. Within a blockchain structure, there is no central authority.

What is a Block Chain?

The essence of a decentralised blockchain network is actually explained quite simply in the introduction to the whitepaper of the world’s first implemented blockchain, Bitcoin, i.e. Sataoshi Nakamoto’s now famous Bitcoin whitepaper which was titled “Bitcoin: A Peer-to-Peer Electronic Cash System”.

In the Bitcoin peer-to-peer network, as devised by Nakamoto, network transactions are processed by cooperative nodes on the network and then stored in an ongoing chain of updates that cannot in practice be altered. The processing works by taking a number of transactions, gathering them into a block, and then hashing them, while also referencing the previous block of data.

In general, hashing refers to the process of converting a string of data into a fixed length value. The hashing function takes in the input string and outputs the hashed value. The Bitcoin protocol uses a block hashing algorithm where transactions are timestamped, with each hash output containing its own timestamp and the timestamp of the previous block. This allows the blocks to be hashed into an ongoing chain of blocks. Hence the term block chain or blockchain.

Within the Bitcoin network, the hashing is done by competing computing nodes on the network which are known as miners, and the hashing is designed so that significant mathematical effort (and CPU power) are required to produce the correct hash that will satisfy hash formatting rules, but that will also be easily identifiable as a valid block by all other nodes. The system of calculations that produce the blocks that can pass this validity check is referred to as a proof of work (PoW) system.

The mining process is therefore essentially adding new transactions to the blockchain with the inputs to the hash function being the transactions on the network which have not yet been validated or confirmed. Once a new block is accepted, all miners will switch to working on validating the next block.

Although the network is decentralised, the nodes on the network don’t need to trust each other or coordinate with each other. They can all examine the latest block created and accept its validity, therefore accepting that the longest chain is the valid chain. All the nodes or participants in the network can therefore reach consensus even though they don’t know each other and don’t communicate with each other. In the Bitcoin network, the miner which successfully solves the hash of a new block will receive an incentive for their work in the form of new bitcoins. 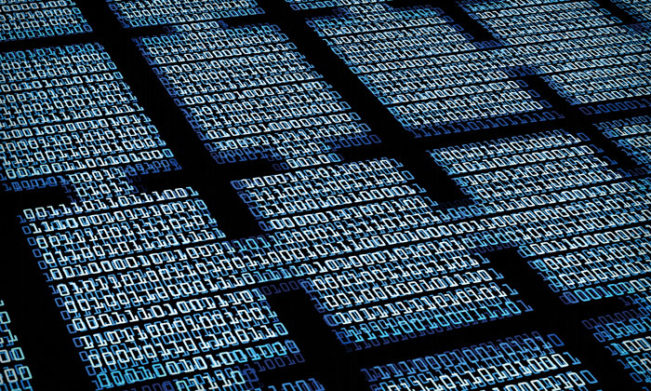 This continual chaining of blocks means that the resulting blockchain is irreversible and permanent, with every transaction in the history of the network being recorded in perpetuity. A properly maintained blockchain is therefore a public record that cannot be altered or tampered with.

The Emerging Competition to Bitcoin

Since the launch of Bitcoin nine years ago in January 2009, the blockchain technology and design concepts inherent in Bitcoin have served as the foundation for many other cryptocurrencies and blockchain innovations. There are now over 1500 exchange-traded cryptocurrencies (coins and tokens) listed on the crypto coin tracking site https://coinmarketcap.com/ which back these mostly blockchain ventures.

As in any competitive market, many of these coins and the companies backing them will most likely not survive over time and will disappear. However, in addition to Bitcoin (currently valued at approximately $170 billion), there are multiple coins alternative to Bitcoin (alt coins) which use block chain models, and which the ‘market’ continues to put a significant value on, based on the current trading prices of their coins /tokens and the market capitalisations of these coins / tokens.

Litecoin (currently valued at over $12 billion) used much of the same design as Bitcoin when it first released in October 2011, while introducing some coding changes such as a shorter block generation time and a different hashing algorithm.

Bitcoin Cash (valued at over $20 billion) was created on 1 August 2017 via a hard fork when the Bitcoin blockchain split into two separate chains. While the block size in Bitcoin is 1 MB, Bitcoin Cash has an increased block size of 8 MB. Bitcoin Cash allows for processing of more transactions per second than Bitcoin, which should translate into faster payments. In the short time since its launch, Bitcoin Cash has seen widespread adoption by a supportive community of developers as well as encouraging take-up by merchants and listings on many cryptocurrency exchanges. It is also supported by some high-profile names in the Bitcoin community such as Craig Wright, Roger Ver and Calvin Ayre.

Ethereum (valued at approximately $80 billion), which launched in 2015, is a distributed public blockchain system and platform that significantly extends the blockchain concepts first used in Bitcoin, and in addition to transaction processing, it also supports smart contract functionality.

The Ethereum network, co-founded by Vitalik Buterin, uses a cryptocurrency called Ether, abbreviated to ETH. Ethereum also currently uses proof of work (PoW) to prove the validity of blocks and rewards miners with ETH for processing new blocks. ETH is also used to pay for the fees levied to run Ethereum smart contracts. Ethereum will in the future move to a Proof of Stake (PoS) algorithm for awarding and allocating new blocks. Proof of Stake is based on assessing the validator’s economic stake in the platform, for example, does it hold the platform’s currency (e.g. ETH).

The Ethereum platform also supports an open source software protocol that allows software developers to build their own distributed blockchain applications or Decentralised Applications (DApps). Over 1100 DApps have already been developed using the Ethereum Platform. For example, Golem, which is a project that aims to link worldwide computers together to harness their idle processing power, is an Ethereum based DApp.

A relatively new blockchain platform called Cardano (currently valued at more than $9 billion) is also being valued by the market as having significant potential. Like Ethereum, Cardano is an open source decentralised public blockchain with its own cryptocurrency called ADA. The Cardano platform is also developing smart contracts and decentralised applications (DApps).

BullionStar is committed to offering customers flexibility and choice when transacting on the BullionStar website and in the BullionStar shop and showroom in Singapore. As such, BullionStar facilitates the use of Bitcoin as a payment currency in addition to 6 major national currencies (Singapore Dollars, Euros, US Dollars, Japanese Yen, Australian Dollars and Swedish Krona). This ability to use Bitcoin to buy gold bars, gold coins, silver bars, and silver coins has been available to BullionStar customers since 2014.

All of the features of BullionStar’s website are also fully integrated with Bitcoin. When selected from the Currency drop-down menu at the top right hand side of the BullionStar website homepage, Bitcoin becomes the default transactional currency within the website, and all product prices, spot prices, chart data, and account history will be displayed in Bitcoin. When logged into their accounts on the BullionStar website, customers can view their vault portfolios and cash balances and account history all in terms of BTC.

Overall, some of the benefits of using blockchain technology include the following:

While the implementation of blockchain applications to the world’s industries is still in its infancy, the potential to alter existing economic systems appears far reaching, such as in financial services, real estate, legal services, government services, supply chain management, and energy markets.

For example, in the investment asset and property management sectors, ownership rights, title deeds and transactions could be recorded in blockchain ledgers, potentially altering the core processes of the asset management and property law sectors.

In the government sector, blockchain applications could be applied to electoral registers, voting records and polls, which is especially promising as blockchain data once committed can’t be altered or hacked. This would also increase transparency, trust and confidence in electoral and voting systems. Block chains also have potential to be used for digital identity and authentication functions such as passports, birth certificates, and other forms of government issued identification.

Blockchain records and transactions could also improve transparency in the world of corporate governance, providing transparent records of board level decisions and voting records.

The legal areas of intellectual property, patents, and music royalties are also strong candidates for adopting blockchain transaction and keeping records of ownership as well as the utilization of smart contracts to collect fees. Blockchains and smart contracts can also aid global supply chain management, such as tracking shipments and inventories and re-ordering supplies.

Other areas where smart contracts are seen to be beneficial include online gaming, online gambling, prediction markets, the sharing economy such as ride sharing and accommodation sharing, the trading of computer processing power, decentralized data storage, and decentralized securities exchanges. Overall, smart contracts are in theory applicable to anything that can be programmed, which covers a wide range of agreements and documentation in nearly every industry around the globe.