The Sustainability of this Gold Bull Market compared to 2011

Two weeks ago at the end of July, Zing News, one of Vietnam’s leading news platforms, published an article discussing the sustainability of the current gold bull market and to what extent (if any) it has parallels  with the August-September 2011 gold price rise and peak.

This followed a previous Zing News feature in mid-July on the strong gold price rise, which I discussed here. For both articles, I was asked to supply the Zing reporter (Nguyễn Cao Phương Thảo) with extensive explanations and contributions, which I gladly did.

With the US dollar gold price having currently moved lower and retreated about $150 from its 6 August highs of $2070 (at time of writing end of day 11 August, the price had moved back to the $1920 region), now seems a good time to reprint the explanations and views that I provided to Zing News for its end of July article on the sustainability of the gold price rise, including what is similar and different to 2011.

So there now follows a summary of those explanations and views in a question and answer format. Note that the below answers were written on 26 July, when the gold price had closed the week at $1920, very near to where it is trading end of day 11 August.

Gold usually finds support during a drop in the stock market. However, why do gold and stocks sometimes rise together, as is the case now?

Gold is known to have a weak and sometimes negative correlation with stocks especially in times of financial crisis. But that is not always the case. For example, since the end of March, the gold price and stock prices have both been rising strongly at the same time.

This however is due to the same underlying phenomena. The US Fed and other central banks are propping up the financial system with global monetary stimulus and quantitative easing (QE). Stocks are rising in a juiced up rally on the back of these rescue attempts and artificial stimuli. The gold price is rising as it is reflecting this unlimited QE, zero interest rates, negative real yields, currency debasement and inflation expectations. This positive and strong correlation won’t last forever and may break soon.

There is an opinion that the rise of the gold price is not due to supply and demand but speculation. What do you think about this opinion?

The international gold price as we know it is predominantly determined or established not from physical gold trading, but from trading of synthetic and derivative gold in London and New York. The unit of trading in London is ‘unallocated gold’ (a form of unbacked expandable gold credit), and the unit of trading in New York is COMEX gold futures contracts. Trading volumes in these non-physical forms of gold are so large that they dwarf the physical gold market and have little connection to it.

When the economy recover or the Covid-19 vaccine is found, will gold prices plummet?

The gold price is on the rise due to central bank monetary easing, the explosion of global debt and the ongoing financial crisis. None of that can be fixed except for a large upward revaluation of the gold price to balance the balance sheets of the central banks of the world. So the reasons the gold price is rising are still intact. An economic recovery will not change that. Also, given the ruination of the global economy, not from the coronavirus, but from government lockdowns, any economic recovery is going to take time.

Whatever about the murky origins of the Covid-19 pandemic, it has conveniently been used by central banks and governments to introduce unlimited QE, while also smashing economic growth and creating economic dependency over vast swathes of the world’s population.

As the vaccine propaganda intensifies, this vaccine appears more and more to be a global control mechanism being pushed by the global elite via the WHO and through governments as a manipulative solution hoisted on to the world for what is arguably a manufactured problem (Covid-19). In short, it has all the hallmarks of a classic problem-reaction-solution akin to a sophisticated blackmail and extortion racket. Vaccine propaganda will no doubt be used as a carrot and stick to reward economies with controlled re-opening, but the gold price takes its cue from the underlying problems in the financial system, which have not gone away and have merely been hidden.

Is the sharp increase of the current gold price different from 2011?

Back then in 2011 there was global monetary stimulus from central banks and a lack of confidence in the financial system, as well as the Eurozone sovereign debt crisis and if you recall, the S&P downgraded US federal government debt in early August 2011. Also if you recall, global stock markets keeled over the plummeted sharply during the end of July 2011 into August 2011. So the gold price back in 2011 reflected these worries, and a lot of investors were positioned in gold as financial insurance against a crisis. This also created upward price momentum in the gold price at that time, and fueled the gold price rally to just over $1900.

But while history rhymes, it doesn’t repeat itself. Fast forward 9 years later to 2020, and things are much worse in the global financial system. The financial crisis of 2008-2009 was never resolved, just postponed. Monetary and fiscal stimulus (i.e. propping up both the financial and real economies) are now a permanent feature of the system, a drug keeping the system going. Paper currencies are even more debased than ever. Interest rates have reached the lower bound. Higher inflation is on the horizon.

So the triggers for higher gold prices are much more forceful now than they were in 2011, and this has been reflected in the US dollar gold price breaking out to a new all-time high, as the dollar also moves lower. 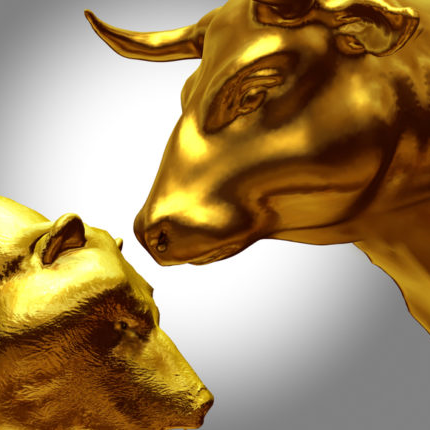 The drivers of the gold price to $1920 (which it was on 26 July) and at an all-time high are still with us and were mentioned above in the response to Question 1. The reasons why people buy physical gold are still the same as they’ve always been.

Gold is financial insurance and a form of wealth preservation in times of crisis as of now. Physical gold is a tangible asset with inherent value that no counterparty risk, and that is scarce and difficult to mine. Remember that gold has been money for thousands of years as everyone in Vietnam instinctively knows. Gold acts as a store of value, an inflation hedge and a safe haven. The gold market is deep and liquid and you can buy and sell gold anytime around the world, as it’s a universally recognized asset. Gold is also a portfolio diversifier as its price is not very correlated with the prices of other financial asset.

When could the gold prices drop?

While the gold price could go through some short-term corrections, the breakout to new all-time highs looks to be indicating that the price will go a lot higher. Throw into the mix the possibility that gold will become the anchor of a new international monetary system and the prize reserve asset on central bank balance sheets, and the magnets pulling the gold price higher would appear to be far stronger than those trying to pull the gold price lower.

Compared with the shock of gold prices in 2011, the current strong rise in gold prices is not dominated by fear. Instead, the support of the gold price is stronger and more sustainable.

What took nearly 2 weeks to go up, has now unwound in a matter of 2-3 days. But sometimes this is the nature of corrections, quick and extreme.

Corrections are healthy and form stronger support. Markets never continually move in one direction. By 6 August gold had been up fourteen sessions out of fifteen. It was due for some down days. With the gold price determined in the COMEX trade matching servers of the CME and the OTC servers of the LBMA banks and brokers in London, most people by now are accustomed to waterfall cascades in the spot gold price, because as we mention often here, the spot “gold price” is a screen gold feed of interbank synthetic and derivatives trades.

Everything written above for the Zing News articles is still relevant. The reasons the gold price is on a rising trajectory are still the same. Confidence in paper assets (including paper gold products) is falling. Indeed, with the gold price back at the price range where it was just over 2 weeks ago, you could say its déjà vu all over again. The only difference this time around is that we have seen the volatile swings what the gold price is capable of, both on the up and downside, as new support and resistance is mapped out. Increasingly, $100 moves will become commonplace as the gold price goes higher. This is something that James Sinclair predicted at least 13 years ago.

For those who know Vietnamese, the full Zing article can be read on the Zing News website here. For live gold prices see BullionStar’s Gold Price Page here.