Chinese Central Bank kicks off New Round of Gold Accumulation

After a more than 3 year hiatus, China’s central bank, the People’s Bank of China (PBoC), is back on the scene claiming the resumption of monthly gold ‘purchases’.

While ‘one swallow does not make a summer’, maybe two do, and now for the second month in succession, China has released data showing significant additions to the PBoC’s monetary gold holdings.

At the time on 7 December, BullionStar tweeted that “this latest news on increased PBoC gold reserves could be the start of a new monthly trend by China in announcing monetary gold accumulation”. One month later, this indeed has proven to be the case.

This latest news on increased PBoC gold reserves could be the start of a new monthly trend by China in announcing monetary gold accumulation. There were monthly additions between Dec 2018 & Sept 2019, (adding 105.8 tons), and also between July 2015 & Oct 2016 (adding 184 tonnes) pic.twitter.com/4QLREYTdbu

In total, that’s 62 tonnes of gold added to the PBoC’s claimed holdings over the last two months of 2022.

Prior to December 2018, the previous period in which the Chinese central bank added gold on a consecutive monthly basis was between July 2015 and October 2016 when the PBoC is said to have accumulated 194 tonnes over 16 months (xls SAFE file here).

So you see, China has an ample track record of adding to its published gold reserves over various “consecutive sequences of months". And China has never published just one month of gold ‘purchases’ and then stopped. It has previously either added gold over a 10 month period (between December 2018 and September 2019), or a 16 month period (between July 2015 and October 2016) or else published updates of ‘big chunks’ at the end of multi year periods of accumulating gold bars.

All of which you can see on the long-term chart below:

But why has China suddenly, beginning in early December 2022, now decided to re-start monthly updates claiming that it is adding significant additions to its monetary gold reserves?

While each time period in which China commences monthly gold ‘purchases’ is specific, the motivations of each have something in common, i.e. to allow China to throw its weight around and remind the West, as well as its allies, that it is an important force in the international trade and monetary sphere, and to act as a bargaining chip of sorts.

News that the Chinese central bank PBoC is again publicising additions to its monetary gold reserves is interesting not so much as to the size of the additions (10 tonnes in December), but that it has chosen to start showing its hand again. https://t.co/jGph2Lp9rz

What Triggered the December 2018 gold publication?

In December 2018, China and the US were in the midst of a serious international trade dispute where each of the two countries imposed various rounds of tariffs on 100s of billions of dollars worth of each other’s goods. This trade dispute began in early 2018 and ran all the way through late 2019. 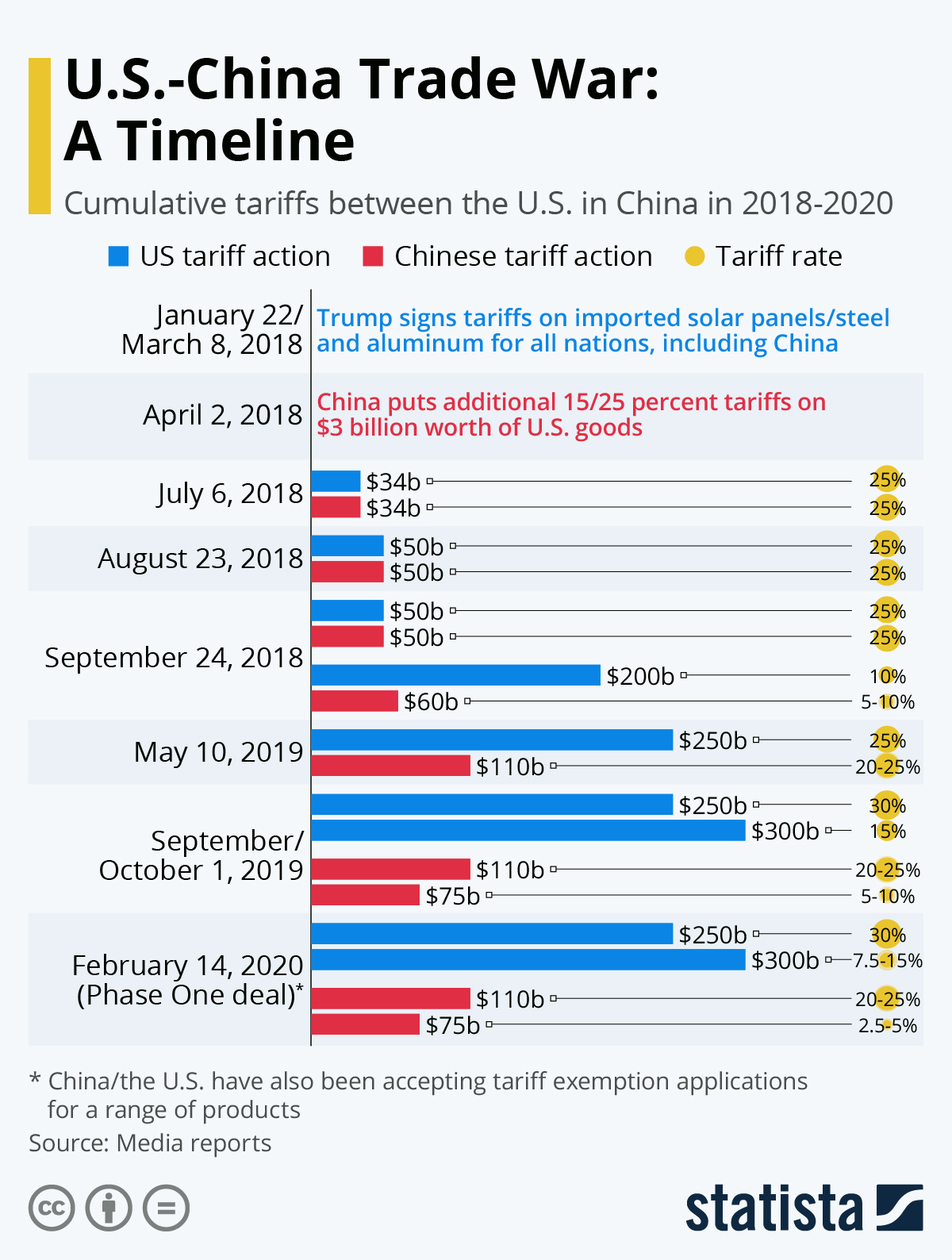 As trade tensions rose in 2018 and the trade dispute and sanctions spooked investors internationally (as well as strengthened the US dollar), China looks to have rolled out its monthly gold ‘purchase’ updates in December 2018 as a way of putting some gold cards on the table as a form of leverage during the trade dispute and also as a political hedge against the US and a currency hedge against the US dollar.

#China has added more than 100 tons of gold to its reserves since Dec as Beijing seeks a hedge against its dollar holdings. https://t.co/O0D0jguL2G pic.twitter.com/umzgJm0Ajh

What prompted the July 2015 gold publication?

The situation in July 2015 when China began its first series of monthly gold purchases was slightly different, but also in some ways similar to late 2018. In this case, according to an interesting hypothesis, amidst its growing importance in global trade, China desired that the Chinese Yuan be added to the currency basket upon which the composition of the International Monetary Fund’s (IMF) Special Drawing Rights (SDR) is based. Hat tip (h/t) to James Rickards for explaining this in May 2015.

Under this hypothesis, which seems logical and which actually occurred in a very timely fashion over 2015-2016, China began revealing more of its gold holdings in July 2015 so as to get noticed as a serious contender for inclusion in the IMF SDR.

In both of the above cases, China threw its weight around on the international monetary and political stage while revealing some ‘gold cards’ so as to attract attention and which were introduced as negotiating leverage, if not as negotiating chips, in the sense that China was using gold as a way to force the West to plead “hold on, don’t rock the boat and activate your gold in a monetary sense, we’ll make some concessions within the existing system.“

So, where does this leave the December 2022 golden card revelation? While December 2022 is a different time and place, there are also some similarities. For it was on 7 December 2022, on the first day of Chinese premier Xi Jinping’s multiday visit to Saudi Arabia to strengthen ties in areas such as energy and investment, that back in China, SAFE was simultaneously announcing that the Chinese central bank had begun ‘buying’ gold again.

China’s Xi Jinping is headed to Saudi Arabia for a visit that could deepen the relationship between the world’s top oil importer and top oil exporter amid strained U.S.-Saudi ties https://t.co/SyKBnjmF4o

So you can see that none of this was coincidental. The symbolic intersection of the Chinese Yuan, Middle Eastern energy, and gold, in a visit between two gold loving nations designed to boost multipolarism in the region at the expense of US dominance is clear to see. This was China again saying “I’ll see your hand and I’ll raise it with some gold”. But this time there is a lot more at stake than joining the SDR or negotiating a trade war. This time China and Saudi are sowing the seeds of a future PetroYuan and reminding the world that it could be linked to gold.

This time around is not just about SDR membership or a contrived trade war, its about the future of the monetary system and the choice of reserve currencies and international settlement mechanisms. Read any of the recent pieces by Zoltan Pozsar, such as here, for background.

1/14
Decades of strengthening connections between China, an economic superpower in the east, and oil-rich Saudi Arabia peaked in Xi Jinping’s multiday official visit to Riyadh, where a series of agreements and summits announced a “new era" of #Chinese–#Arab relations.

Which is why this new round of Chinese gold ‘updates’ will most likely be a regular occurrence as we embark on 2023.

So what are we to make of Chinese monthly gold ‘purchases’, these monthly revelations from SAFE which claim that the Chinese central bank just ‘bought’ ‘xx’ tonnes of gold over the previous month?  Are they to be taken literally as purchases? The answer is most likely no.

The reality is that China is probably accumulating gold all the time, and has never stopped accumulating, both on the international market as well as from undisclosed domestic production. While these monthly ‘purchases’ could be fresh buying internationally, they could just as easily be some of the Chinese state’s existing gold holdings being reclassified as PBoC gold.

In addition to the Chinese central bank, the State Administration of Foreign Exchange (SAFE), and China Investment Corp (CIC) may also hold significant undisclosed gold reserves. Add in gold holdings maintained by the large Chinese banks, and the true size of Chinese gold reserves could be multiples higher than the PBoC’s 2,010.53 tonnes (and not even including all the gold held in private hands by China’s population. See section heading “Gold Transfers from Other Chinese State entities" in the BullionStar article here.

“That is why, in order for gold to fulfil its destined mission, we must raise our [official] gold holdings a great deal, and do so with a solid plan. Step one should take us to the 4,000 tonnes mark, more than Germany and become number two in the world, next, we should increase step by step towards 8,500 tonnes, more than the US.”

So it’s not unrealistic to assume that China is now well on it’s way to Step 2. It may even have already achieved this target. While this type of number would not be publicly revealed in the absence of a critical need to reveal such a number, the monthly China gold ‘purchases’ which we will probably see in the coming months will do just enough to keep China’s gold reserves on everyones’ radars, as a portion of the world shifts towards a multipolar monetary future.