The London Metal Exchange (LME) and World Gold Council have just confirmed that their new suite of London-based exchange-traded gold and silver futures contracts will begin trading on Monday 10 July. These futures contracts are collectively known as LMEprecious.

The launch of trading comes exactly 11 months after this LMEprecious initiative was first official announced by the LME and World Gold Council on 9 August 2016. Anyone interested in the background to these LMEprecious contracts can read previous BullionStar articles “The Charade Continues – London Gold and Silver Markets set for even more paper trading" and “Lukewarm start for new London Gold Futures Contracts”.

This 10 July 2017 launch is itself over a month behind schedule given that LMEprecious was supposed to be launched on 5 June but was delayed by the LME.

Still, this hasn’t stopped LME from using terminology in the contract specs that attempts to link them by association to real precious metal. For example, the gold contract spec says that the:

“underlying material” is “Loco London Fine Gold held in London and complying with standards relating to good delivery and fineness acceptable to the Precious Metal Clearer of the Clearing House".

This is similar to how an estate agent (realtor) would describe a house that’s located in a bad area, i.e. that it’s not too far from a good area.

The LME also fails to mention the fact that the LBMA/LPMCL unallocated account system is a fractionally-based paper gold and paper silver trading system, with trading volumes of unallocated gold and unallocated silver that are 100s of times higher than the available physical metal sitting in the London precious metals vaults. Ironically, these gold and silver futures are starting to trade in a month in which the LBMA has still not begun publishing the actual quantities of gold and silver in the LBMA vaults in London, despite promising to.

For both gold and silver, the LME futures contract suite will consist of a daily trade date (T) + 1 contract (T+1), known as TOM, and daily futures from a T + 2 (equivalent to Spot settlement) out to and including all trade dates to T + 25. Beyond this, there are approximately 36 monthly futures contracts covering each month out to 2 calendar years, and then each March, June, September and December out to 60 calendar months (12 more quarters out to 5 years).

The LME also plans to roll out options products and calendar spread products based on these futures, but as to when these will appear is not clear. 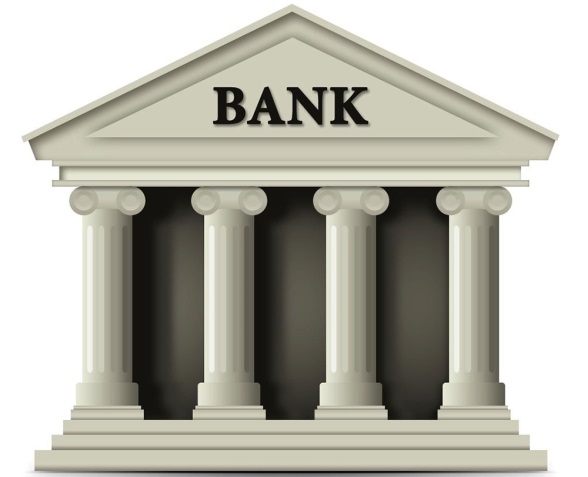 The official line is that LMEprecious has been developed by a consortium of the LME, the World Gold Council and a group of investment consisting of Morgan Stanley, ICBC Standard, SocGen, Goldman Sachs and Natixis, as well as prop trading firm OSTC, but to what extent each of the 5 banks and OSTC has had input into the product development and trading rules of LMEprecious  is unclear.

A slew of other directors were then appointed to EOS Precious Metals Ltd on 9 November 2016, namely:

Some of these directors, as you can see above, are very much connected to the existing and previous mechanisms of the London Gold Market, eg, LPMCL and the old London Gold Fixing.

But apart from ICBC Standard Bank, suspiciously absent from the list of banks cooperating with the LME and World Gold Council are the big guns of the LBMA and LPMCl members, i.e. HSBC, JP  Morgan, UBS, Scotia, all of which are big players in the London gold and silver markets and vaulting scenes in London, New York, and in UBS’s case Zurich. As they control LPMCL, perhaps there is no need for them to be involved in a gold and silvers futures sideshow.

Notably, also on 6 July, the LBMA held its Annual General Meeting in London at which the LMPCL member banks maintained their stranglehold on the LBMA Board:

When EOS Precious Metals Ltd was established, it only had 1 A share and 1 B share, both held by WGC (UK) Limited. In the incorporation documents, A shares were defined as having voting rights, an ability to appoint a director and a board observer but no rights to dividends. B shares were defined as having no voting rights but with an entitlement to dividends.

On 26 October, a further 999 A shares and 699 B shares were allotted and said to be paid-up. In the in the allotment filing, these B shares are listed in various tranches i.e. 400 B shares, 100 B Shares, 100 B shares, and 99 B shares, with different total amounts paid for each of these tranches.

In total, there are now 1000 A shares and 700 B shares issued in EOS (with a nominal value of US$ 0.10 each), but there is nothing in the filings listing how many shares of each class are owned by each of the companies and banks that have director representation. Given that there are 6 trading entities as well as the World Gold Council, it could be that each of the 7 entities holds 100 B shares.

In a related development, on 23 February 2017 Reuters reported that the LME had agreed a 50-50 revenue sharing agreement with EOS precious Metals under which Morgan Stanley, ICBC Standard, SocGen, Goldman, Natixis and OSTC will attempt to generate trading certain volumes (liquidity) in the LMEprecious gold and silver contracts in return for 50% of the LME’s revenue on the products. The terms of this agreement are not public and it’s unclear if the performance of the banks and OSTC will be measured on customer flow or liquidity guarantees, or perhaps some type of credibility measurement of the contracts in the marketplace.

In early March, Reuters also reported that 3 additional banks and a broker had agreed to come on board with LMEprecious as clearing members, specifically, Commerzbank, Bank of China International, Macquarie Bank, and broker Marex Financial

Most recently, on 6 July, Reuters reported that of these 4 additional participants from the Commerzbank / Bank of China / Macquarie / Marex group, the LME has said that only Marex is ready to participate as a “general clearing member”.

a “General Clearing Member" or “GCM", which may clear Transactions or Contracts on its own behalf and in respect of Client Business

an “Individual Clearing Member" or “ICM", which shall be permitted only to clear Transactions or Contracts on its own behalf

As to why  Commerzbank, Bank of China International  and Macquarie Bank are still not ready to participate is unclear, but this seems odd given that they announced their intent to participate over 4 months ago.

Meet the New Boss, Same as the Old Boss

– there are now 8 bullion banks, a prop trading firm, and a high speed algo firm lined up to help these LME gold and silver futures get out the gate

– the World (Paper) Gold Council, which claims to promote gold on the behalf of the gold mining industry, is instead front and center in the promotion of more paper gold trading

With similar recently launched London gold futures from CME Group and ICE not having taken off, all eyes will be on these LMEprecious products to see if they can go where no London gold futures have gone before. Therefore, the LME monthly trading volumes page will be one to watch in future.