Within the world of central bank and government gold reserves, there is often an assumption that these gold holdings consist entirely of gold bullion bars. While this is true in some cases, it is not the fully story because many central banks and governments, such as the US, France, Italy, Switzerland, the UK and Venezuela, all hold an element of gold bullion coins as part of their official monetary gold reserves.

Elsewhere in IMF definitions, it is stated that “monetary gold is generally construed to be at least 995/1000 pure.” Many government and central bank gold coin holdings consist of previously circulated gold coinage. Since gold coins often had  – and still have – a purity of less than 99.5% gold due to the addition of other metals for added durability, this ‘generally construed’ leeway in the IMF definition is undoubtedly a practical consideration that allows gold coins to be classified as monetary gold. 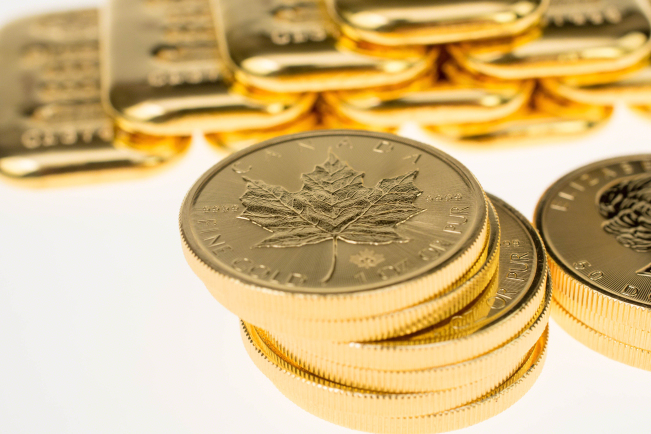 Starting with the largest official sector gold holders, 3 of the top 5 gold holding countries have substantial gold coin holdings in their claimed reserves. The Banque de France, the guardian of France’s gold reserves, holds 2435.4 tonnes of gold consisting of a massive 100 tonnes of gold coins, and 2,335 tonnes of gold bars. Of these gold coins, 45% are French gold coins (probably Napoleans) and 55% are foreign gold coins, some of which are from the US. In the past, the Banque de France had melted part of its gold coin holdings into gold bars without considering their potential numismatic value. But after finding some US 20 dollar gold coins were worth USD 20,000 a piece, the Bank’s current policy is to scrutinise every coin.

Banca d’Italia stores approximately half of Italy’s 2451.8 tonnes of gold under its headquarters in Rome, with most of the other half stored at the Federal Reserve in New York. Of the 1199.4 tonnes of Italian gold in Rome, Banca d’Italia states that it holds 4.1 tonnes of gold coins, in the form of 871,713 coins. This would give each gold coin an average gold content of 0.151 troy ounces. This hoard most likely includes historic gold Italian 10 Lira and 20 Lira coins.

The US Treasury, the official holder of the US gold reserves, claims to hold gold coins containing 73,829.5 fine ounces of gold (2.3 tonnes) in the custody of the Federal Reserve Bank of New York. While a small subset of these coins weighing 377.4 ounces is on display in New York, the remaining coins, containing 73,451 fine ounces of gold, are held in The New York Fed’s vault compartment K in 384 bags weighing a gross 80,855.70 ounces. These coins are all either 0.9 fine or 0.9167 fine gold. For details see page 132 here. These US Treasury held gold coins at the Fed are in addition to the 2,783,218.6 (86.5 tonnes) of gold coins that the US Treasury claims to hold within the US Mint’s working stock.

Venezuela’s gold holdings, which have practically all been sold off or swapped for foreign exchange recently, also contain gold coin holdings in the form of historic gold US Eagles, as well as gold US Liberty and ‘Indian Head’ coins (see page 17 here). Notably, the Venezuelan central bank says that these coins would have a numismatic premium valuation depending on their scarcity, design and condition. Given the ongoing and deteriorating economic situation in Venezeula, expect these gold coins to be either sold on the market or else melted down and shipped out of the country, probably to Switzerland.

Speaking of Switzerland, the Swiss National Bank (SNB) in its publications, says that its “gold holdings are mainly in the form of gold bars, with the remainder in gold coins“. The SNB doesn’t elaborate on what type of gold coins it holds, and when asked recently, in the spirit of central bank secrecy, it not surprisingly declined to elaborate. Most likely this Swiss hoard includes historic Swiss Franc gold coins, and even old Latin Monetary Union gold coins.

The United Kingdom, through HM Treasury’s Exchange Equalisation Account (EEA), claims to hold 310.3 tonnes of gold in its reserves, all of which is held in custody at the Bank of England. The EEA 2014/2015 accounts states that “The gold bars and gold coin in the reserves were stored physically at the Bank’s premises“. As to what type of gold coins the UK holds, HM Treasury didn’t repond to a recent query, but undoubtedly, the Treasury holds gold Sovereigns as HM Treasury archives reveal.

Among other central banks, Romania holds 14% of its monetary gold in the form of gold coins, amounting to approximately 14.43 tonnes. The Central Bank of Peru includes 552,191 troy ounces (17.7 tonnes) of gold coins in its monetary gold holdings. These coins are described as “commemorative coins” and are held domestically “in the vault of the Central Bank”. Interesting the Peruvians apply a small valuation provision for “for cost of converting gold coins to high purity or ‘good delivery’ gold bars" for potential use on the wholesale gold market. The Central Bank of Ireland is custodian for Ireland’s circa 6 tonnes of gold, 5.7 tonnes of which is supposedly stored in bar form at the Bank of England in London, while approximately 10,000 ozs are in gold coin form stored at the Central Bank’s currency centre facility in Dublin.

Even Canada made headlines with its gold coin holdings recently when the Bank of Canada sold off the last of that country’s eventually tiny gold holdings which had been exclusively in the form of gold coins since the early 2000s. These gold coins were King George $5 and $10 Canadian coins, the best examples of which were sold to collectors with the rest melted down into gold bars by the Royal Canadian Mint and sold on the wholesale gold market, yet again highlighting gold’s high liquidity.

Central banks will always downplay the existence of gold on their balance sheets since gold competes against national fiat paper currencies. However, the actual course of action of central banks and governments in holding vast amounts of gold bars, as well as substantial quantities of gold coins, demonstrates that central banks and sovereigns continue to view gold as a strategic reserve asset and as the ultimate money. Luckily, private individuals too can replicate the holdings of these giants by also acquiring and accumulating gold bars and gold coins for the same reasons as sovereign entities and monetary authorities do. Doing as central banks do, not as they say, is certainly a better strategy than blind faith in today’s distorting and reckless centrally planned monetary policies.