The Chinese Precious Metals Market Is On Fire

The Chinese national holiday, The Golden Week, is over and the latest data from the Shanghai Gold Exchange (SGE) shows the Chinese have been buying extraordinary amounts of gold before and after this holiday. The SGE was closed from October 1 to 7, the latest SGE withdrawal numbers cover September 29 and 30, and October 8, 9 and 10. In these 5 days 68.4 tonnes were withdrawn from the SGE vaults (in the mainland and the Shanghai Free Trade Zone)

Because the SGE still isn't disclosing withdrawal numbers from mainland and FTZ vaults separately we have to subtract the volume traded on the Shanghai International Gold Exchange (SGEI), located in the FTZ, from total withdrawal numbers, just in case all buyers on the SGEI opted for withdrawal, to come to the amount of withdrawals in the mainland (which equals Chinese wholesale demand). Although it's highly unlikely all SGEI traded volume is withdrawn from the vaults, for the time being I'm forced to choose understating mainland withdrawal numbers rather than overstating. According to my simplified equation to calculate Chinese gold import (import = SGE withdrawals - mine - scrap), China has imported 957 tonnes year to date. Domestic mining stands at 356 tonnes (based on an estimated total of 451 tonnes for 2014) and scrap stands at 181 tonnes (based on 229 tonnes recycled gold in 2013).

Shanghai silver remains scarce, on the Shanghai Futures Exchange (SHFE) silver has been trading in backwardation Since august 6. The scarcity has diminished the discount of silver in China relative to London significantly. Throughout October the discount was lower than 4 %. 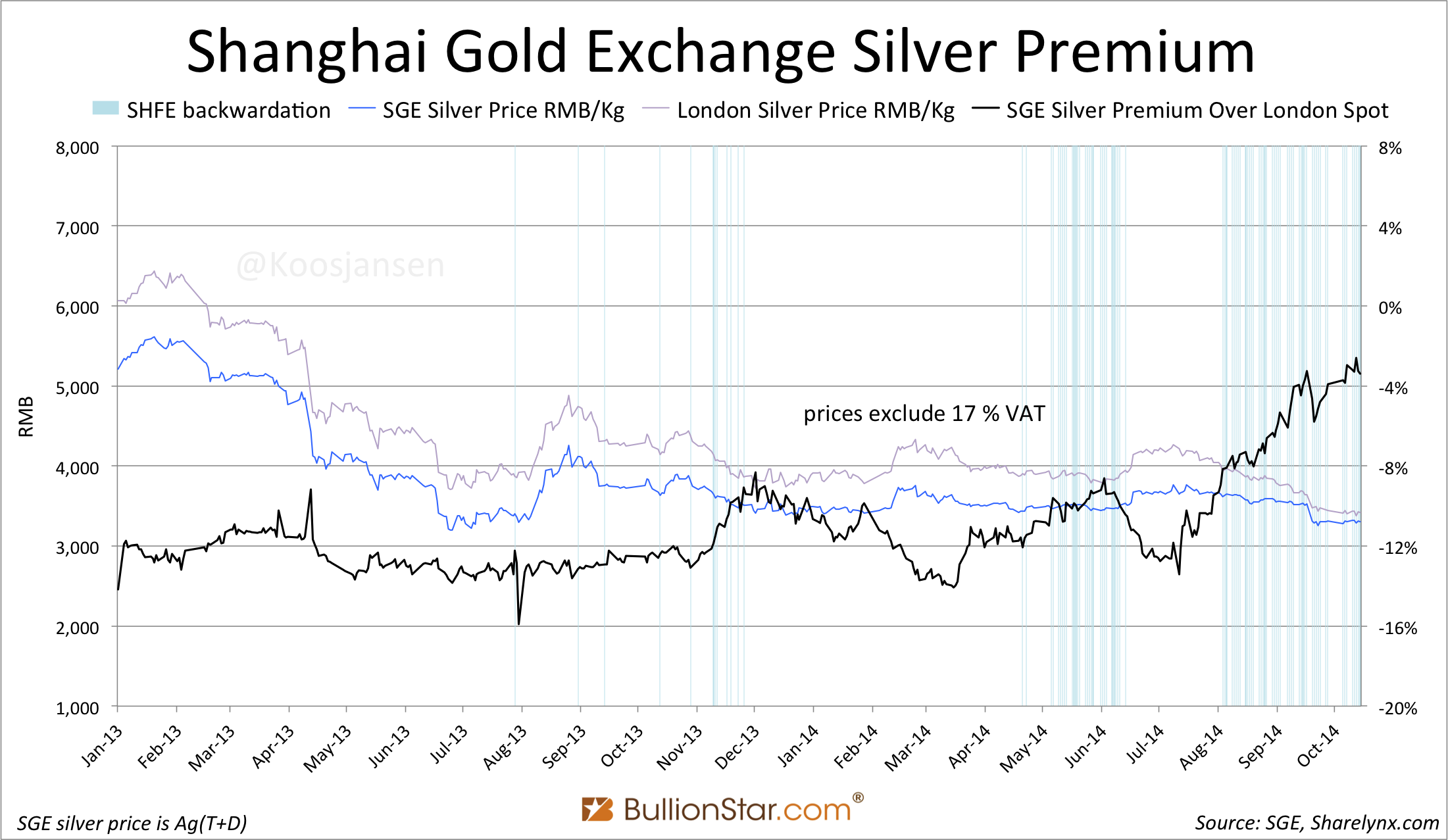 If the discount of the pure price of silver in Shanghai reaches zero and becomes a premium, demand for silver on the world market will increase as the Chinese will start importing silver bullion.

At this moment the pure price of silver in China is lower than in London for two reasons:

(i) The costs for mining silver in China is significantly lower than elsewhere across the globe. For example Silvercorp can mine silver in the mainland for $9 an ounce. (ii) China's economy is heavily dependent on copper and other base metals such as lead and zinc. By importing copper, lead and zinc concentrates that contain silver as a byproduct China is incidental importing silver.

The reason the price difference is a not arbitraged is silver bullion export from the mainland enjoys 17 % VAT (no restitution). Which in affect is an export tariff of 17% to protect silver from leaving the mainland. Read: the State Council is protecting the Chinese silver market to offer their citizens to invest in silver below international prices. 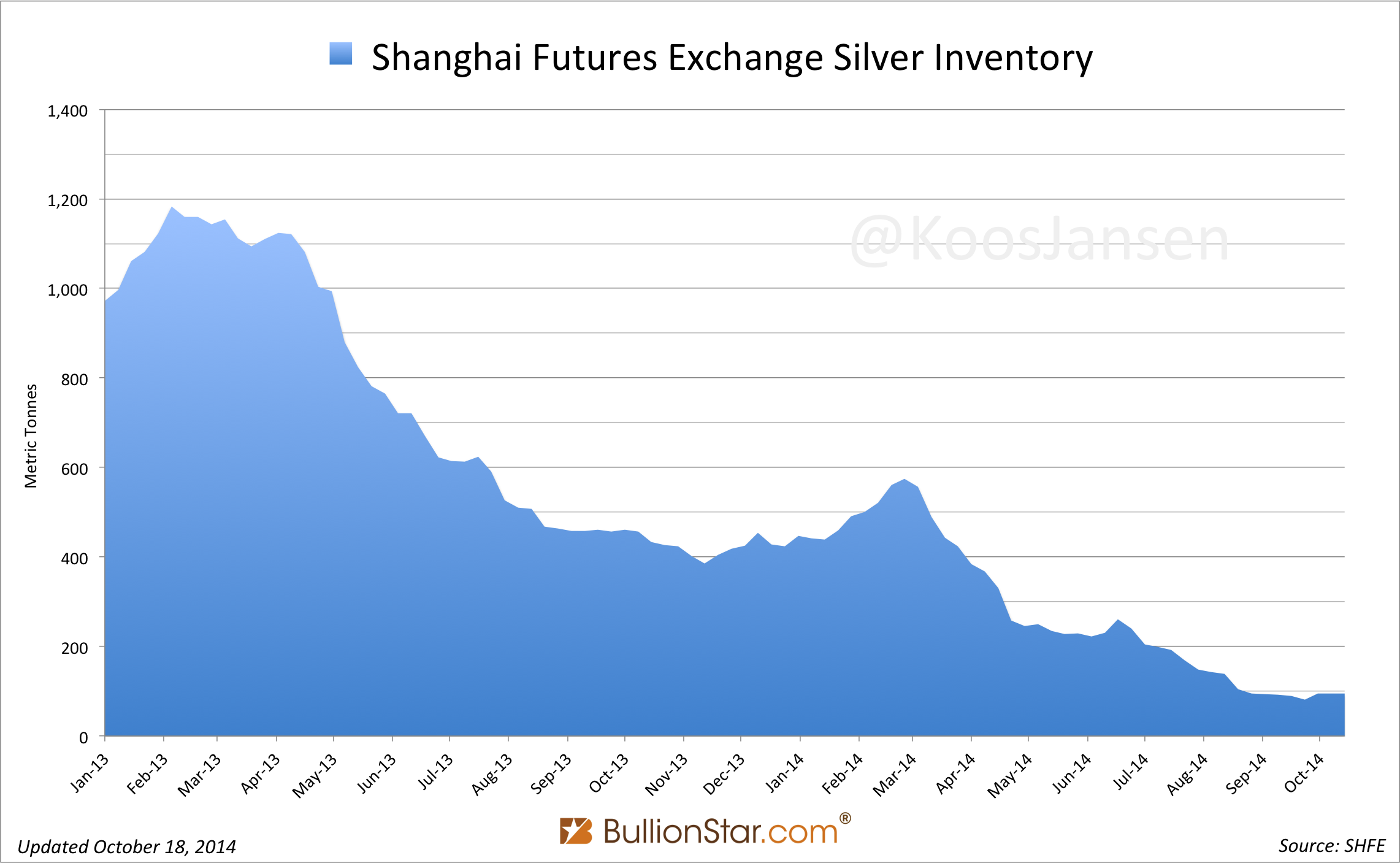 All in all, there is strong demand for silver and gold currently in China, though the mainstream media might tell you different.