Despite the fact the new Indian government, led by Narandra Modi since May, hasn't lowered the import duties on both gold and silver, Indians keep on buying precious metals. Despite the fact we already knew this, there was less gold being smuggled into the country and more imported through official channels last June; 77 tonnes were gross imported, which is up 48 % from a month earlier, and up 75 % from June last year. This was accompanied by falling premiums.

Gross export in June accounted for 4 tonnes, according to India's customs department DGCIS. One of the import restrictions the Indian government implied on gold in 2013 was the 80/20 rule; of every amount of gold imported 20 % has to be re-exported. The gross amount exported in June falls short of the required 15.4 tonnes (20 % of 77 tonnes is 15.4 tonnes), meaning importers have some overdue obligations to be met in coming months. The other restriction on gold (and silver) is an import duty of 10 %, and the Indian government can obstruct consignments.

The elevated official imports coincide with a relatively low premium on gold in India compared to London prices. In June the premium on gold came down to just 2 % (on top of the 10 % import duty). In the next chart I combined official import with the premium. On the left axis we can see the percentages of the premium; the black line is the import duty, the greenish line is the total premium of gold in India over the price in London. The right axis shows the tonnage of official import and export as declared by the DGCIS. We can see a correlation in recent months, as official imports go up premiums go down and vice versa. The fact imports and premiums are each others inverse means India's demand for gold remains robust. Unfortunately it's impossible to know how much gold is being smuggled into India.

For Indians precious metals prices haven't been as beaten up as for westerners. 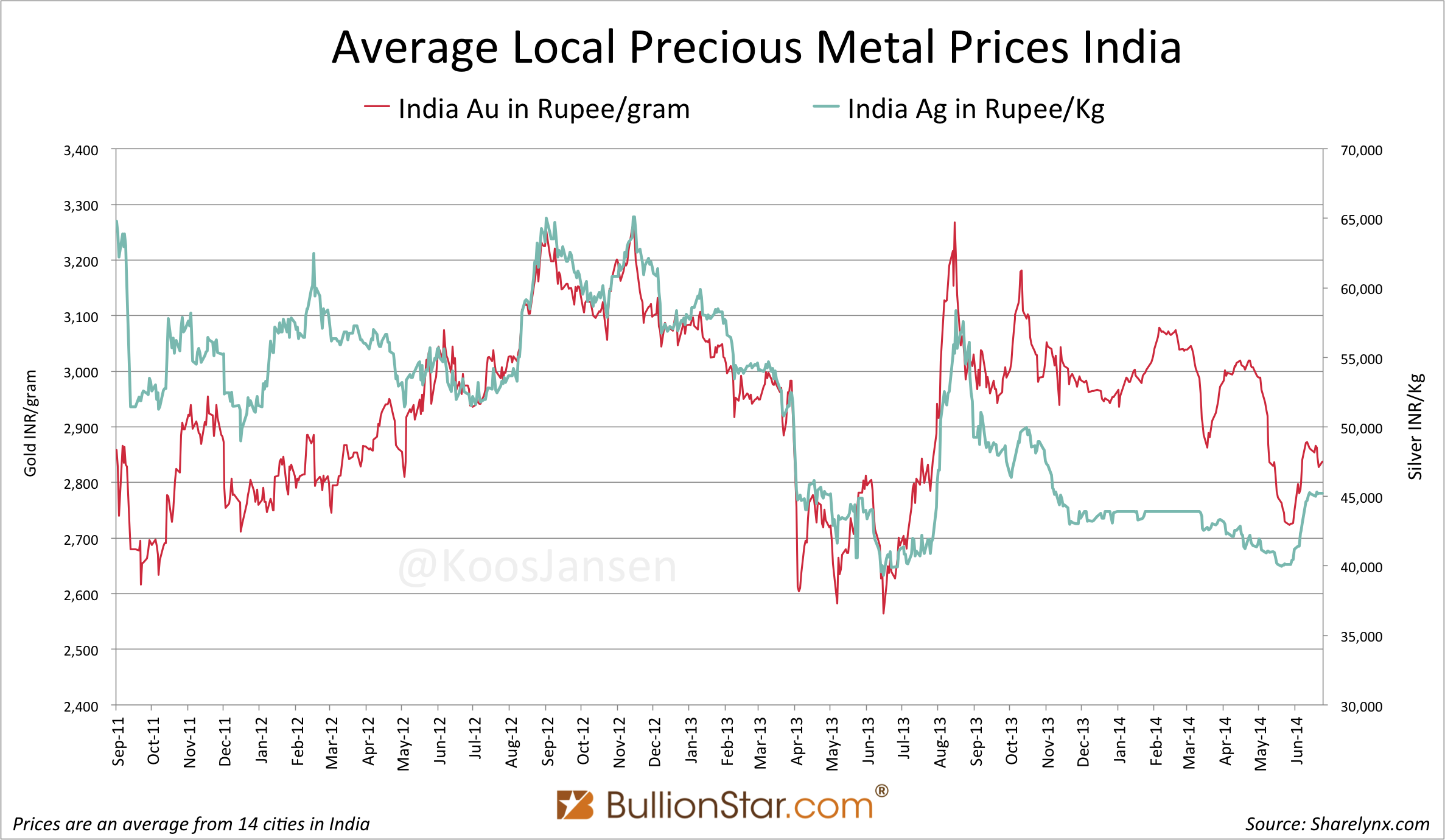