Chinese non-government/wholesale demand, measured by SGE withdrawals, in week 27 (June 30 - July 4) was 26.5 metric tonnes. This amount is just 509.3 kg shy of the amount withdrawn from the SGE vaults in week 26. Year to date SGE withdrawals stand at 972.9 tonnes. Many people have written me emails saying they were surprised SGE withdrawals are on course to reach nearly the same levels by year end as in 2013. This is being thought as 950 tonnes were withdrawn from the vaults in the first half of 2014, annualized 1900 tonnes.

Though, I think SGE withdrawals will be somewhat lower by year end. As I've written before, Chinese physical demand is still in a healthy uptrend - viewed over the long term. However, it's unlikely this year's demand will come close to 2013 demand. The explanation: 2013 had a "slow" start, and 2014 had an unprecedented start. Then from April on in 2013 demand went sky high, while from March on in 2014 demand slowed down and is not likely go anywhere near the 2013 levels. The further we'll go into 2014, the bigger the year to date difference with 2013 will become. That's how it looks like at this moment. How future demand this years will develop I can't predict of course - though it's likely we'll see elevated SGE withdrawals in December (when traditionally the Chinese buy gifts for each other in this season).

The price of gold on the Shanghai Gold Exchange traded at a tiny discount compared to the price on the London Bullion Market throughout week 27, so no supply shortages at this moment. Same with silver, premiums on spot silver in Shanghai have come down from 8 % on June 3, to 2 % on July 4. Copper on the other hand is trading backwardation at this moment (July 11, 2014). In the chart below we can see a few ask prices for future months being lower than bid prices of months prior to that. 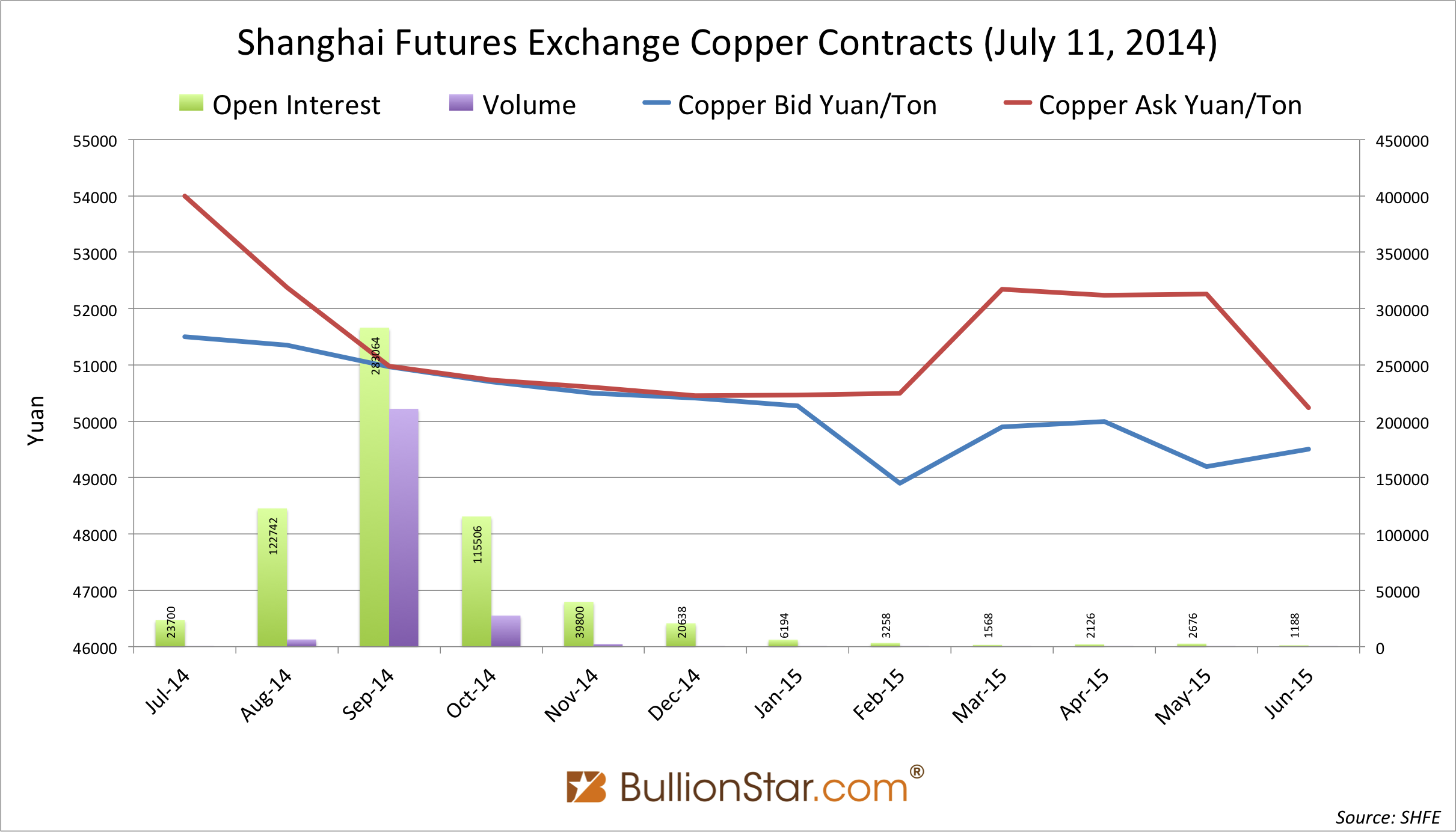 I have little knowledge of the Chinese copper market, but I will try to figure out if this has got something to do with Chinese commodity financing deals that are under scrutiny; allegedly stockpiled metal at the port of Qingdao was used more than once to secure loans. Also, Chinese gold processing firms have used falsified gold transactions to borrow 94.4 billion yuan from banks. 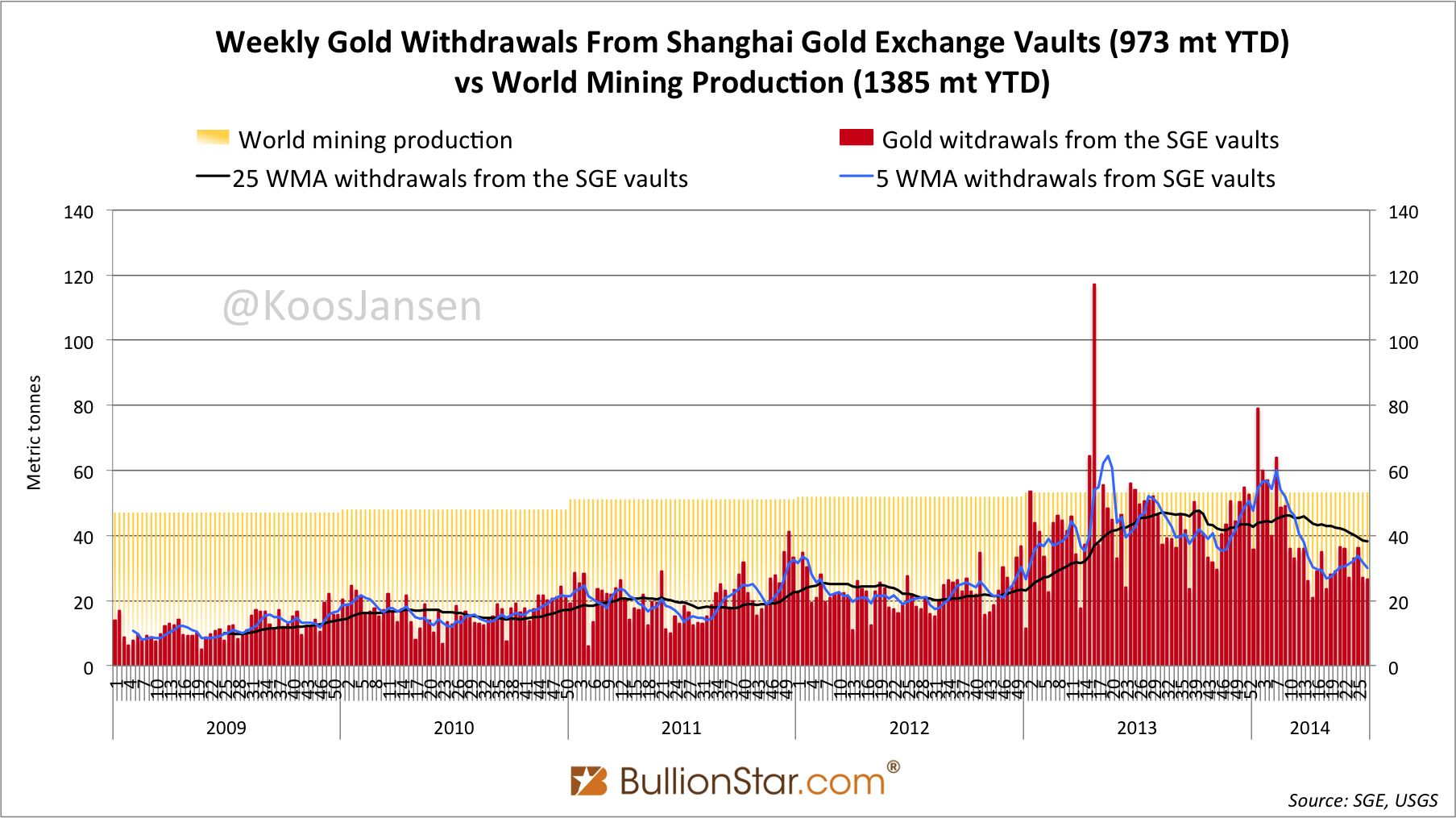