The National Day Golden Week, a one week holiday in China mainland, yes, the Chinese name their holidays golden, began on October 1 this year, so that's when trading stopped on the Shanghai Gold Exchange (SGE) and Shanghai Futures Exchange (SHFE). This means I only have half a story for you today.

BUT, as I mentioned last week, since the launch of the the Shanghai International Gold Exchange (SGEI) the SGE discloses withdrawal numbers from the mainland added with those from the SGEI in the Shanghai FTZ. Several kind requests from my side to the SGE to disclose the numbers separately haven't been heard as of yet. And so, we must deduct all trading volume on the SGEI from SGE withdrawal numbers as the SGEI trades could have been withdrawn from the International Board (FTZ) vaults. (if you're of the opinion I'm talking jibberish, consider reading this introduction about the SGE and SGEI)

Until the SGE will disclose withdrawals numbers separate I'm forced to adjust my numbers and charts.

The SGEI was launched in week 38. From then on I will subtract all SGEI trades, single-sided, from withdrawal numbers as, though we don't know for sure, the SGEI buyers could have opted for withdrawal in the Shanghai FTZ.

Last but not least let's have a look at what happened in the Chinese silver market on the last trading days (September 29, 30). Silver on the SHFE is still trading in backwardation - since August 6. SHFE inventory increased by 18 % w/w to 94.9 tonnes! My guess is as long as the futures curve is in backwardation or won't turn to steep contango, inventory will remain around current levels. Inventory will increase if a steep contango curve pays to cash and carry the metal, or if the open interest rises significantly. 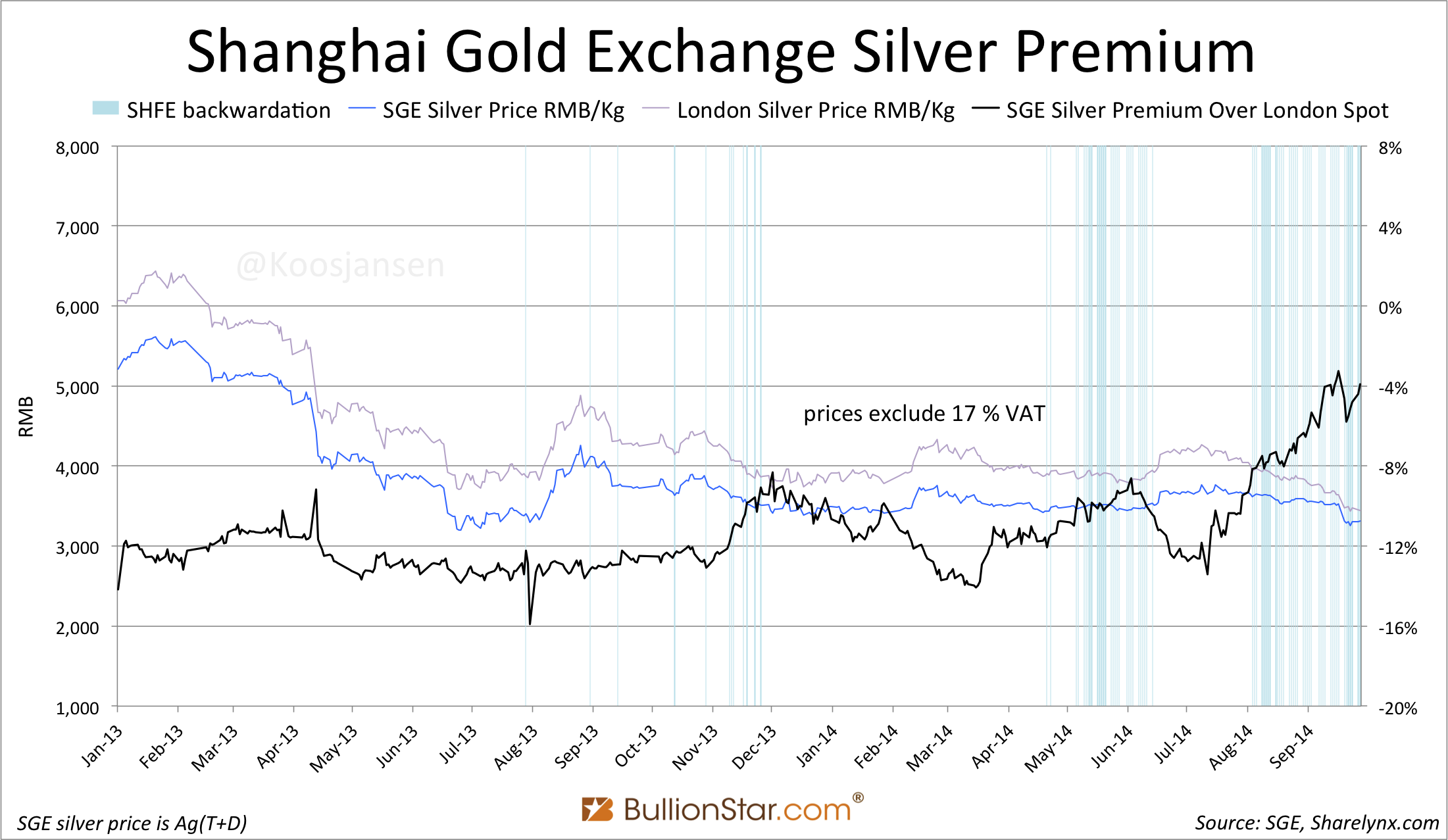