Another Week Of Strong Gold Demand In China

After a very strong week from August 18 to 22, in which SGE withdrawals accounted for 46 tonnes, the sequential week was nearly as strong; in between August 25 and 29 withdrawals from the SGE vaults accounted for 42 tonnes. Year to date 1251 tonnes has left the vaults, this is 17 % less compared to 2013. If this trend of strong demand of the last two reported weeks continues we are likely to see elevated imports in August and September from the UK, Switzerland and Hong Kong.

Silver inventory on the Shanghai Futures Exchange (SHFE) dropped to another record low of 93 tonnes. Down 2 % from last week. 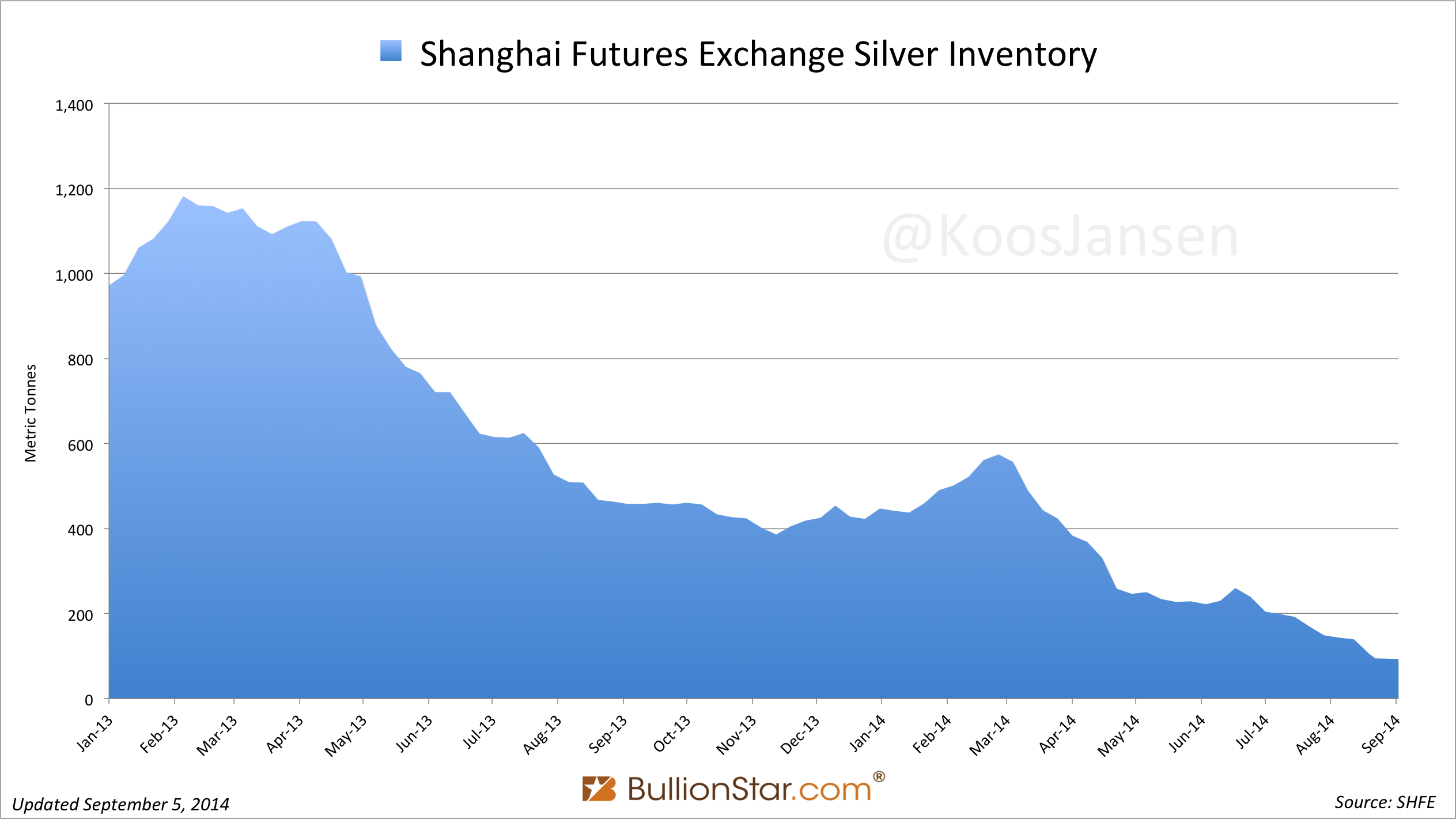 Silver has been trading in backwardation since August 6, which reveals local shortages. Confirmed by the SGE that on August 25 raised the deferred compensation rate of their silver spot deferred contract Ag(T+D) from 1.5/10,000 to 2/10,000.

The SGE raised the rate because of the Ag(T+D) shorts were unwilling to deliver in recent weeks, they preferred to pay the Deferred Compensate Fee. The rate hike hasn't done much though, since August 25 there has been no physical delivery of Ag(T+D).

Ag99.99 is a spot contract, physical delivery must be settled after two business days (T+2). In the next chart we can see the spread between Shanghai and London silver is declining in times of backwardation on the SHFE. The spread can't be arbitraged as silver export from China enjoys 17 % VAT.

On the COMEX this past week 2,141 tonnes of gold changed hands. In China the volume was 411 tonnes (135 tonnes on the SGE and 276 tonnes on the SHFE). In the next chart both volume and open interest of all exchanges are converted to tonnes, counted unilaterally. 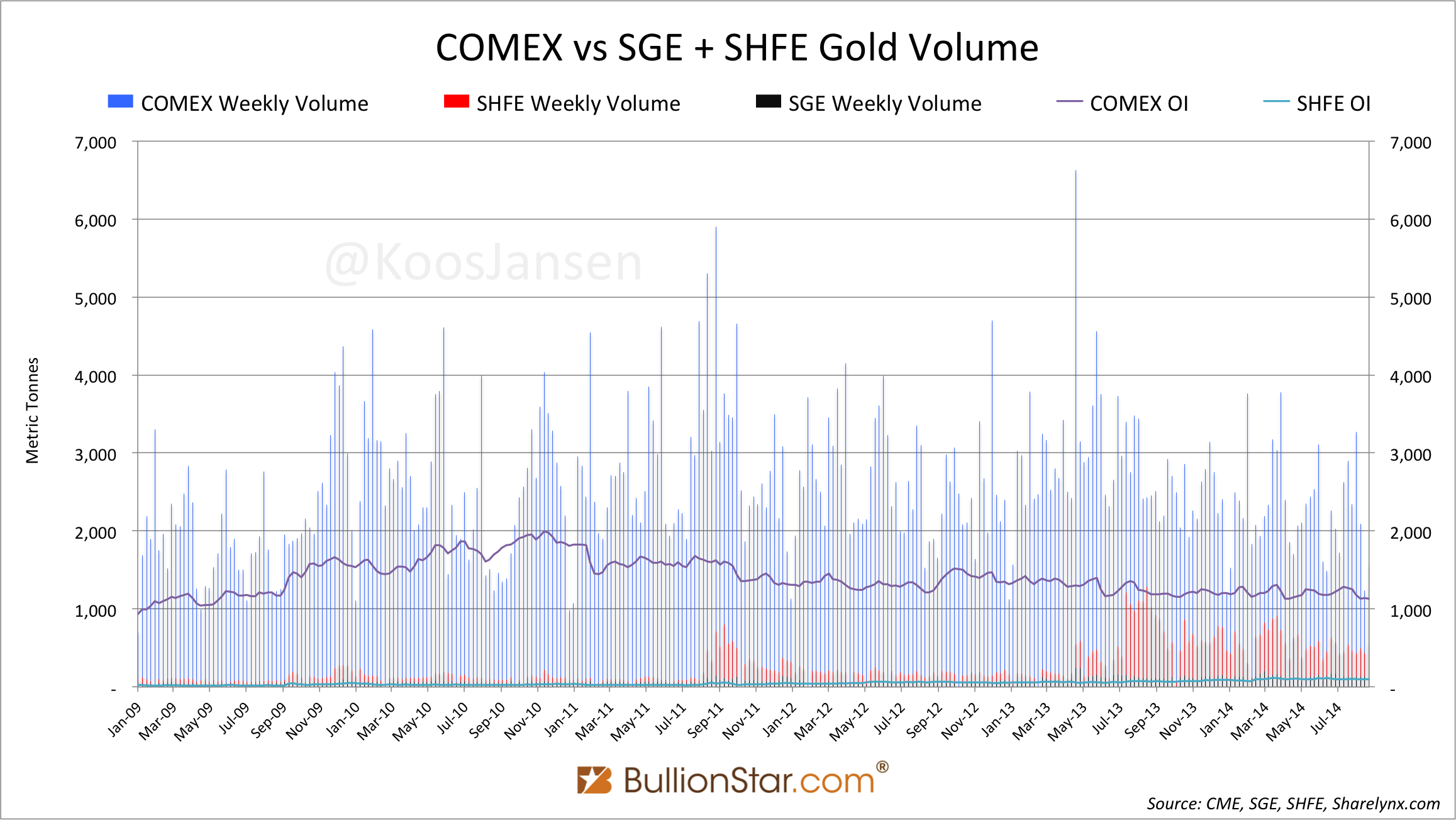 On the COMEX this past week 30,409 tonnes of silver changed hands. In China the volume was 19,525 tonnes (1,810 tonnes on the SGE and 17,715 tonnes on the SHFE). In the next chart both volume and open interest of all exchanges are converted to tonnes, counted unilaterally. 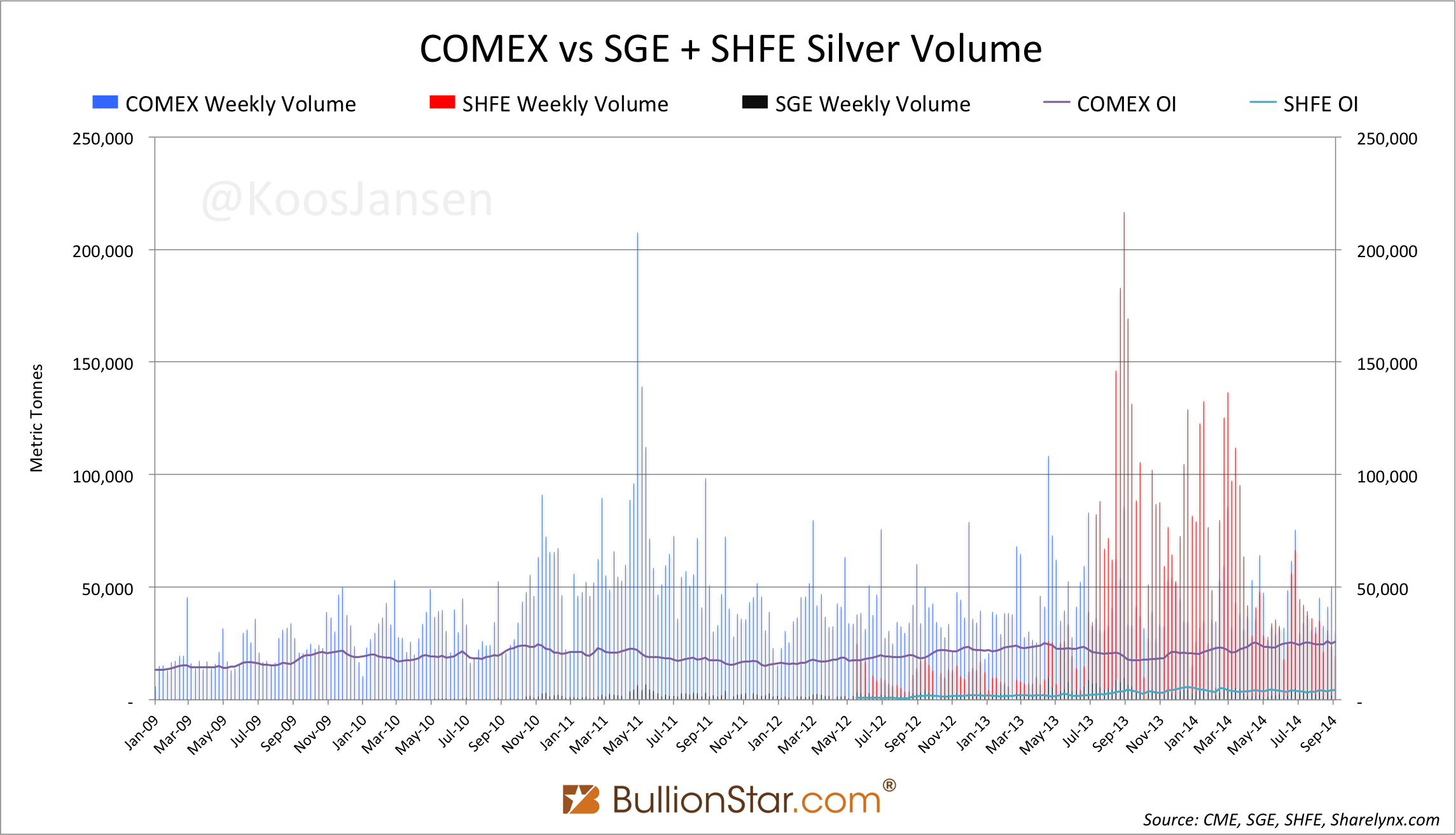