This is the final blow for the ones who still couldn’t comprehend, after all evidence presented, the amount of Chinese non-government gold demand in 2013. At the LBMA forum in Singapore June 25, 2014, one of the keynote speakers was chairman of the Shanghai Gold Exchange (SGE) Xu Luode. In his speech he made a few very candid statements about Chinese consumer gold demand, that according to Xu reached 2,000 tonnes in 2013. In contrast to the Word Gold Council (WGC) that states Chinese gold demand was 1,066 tonnes in 2013. Xu's speech has now finally been translated and published in the LBMA magazine The Alchemist #75.

Xu's statements once again confirm what I have been writing for months. SGE withdrawals equal Chinese wholesale demand:

Let's go through a couple of quotes from Xu:

Data on China’s gold imports has not previously been made available to the public. However, gold has historically been imported through Hong Kong, and Hong Kong is highly transparent, disclosing details such as the number of tonnes of gold imported on a monthly basis. Last year, China imported 1,540 tonnes of gold. Such imports, together with the 430 tonnes of gold we produced ourselves, means that we have, in effect, supplied approximately 2,000 tonnes of gold last year.

The 2,000 tonnes of gold were consumed by consumers in China. Of course, we all know that the Chinese ‘dama’ [middle-aged women] accounts for a significant proportion in purchasing gold. So last year, our gold exchange’s inventory reduced by nearly 2,200 tonnes, of which 200 tonnes was recycled gold.

Again, we can read the simplified equation (for 2013):

Additionally, it's very clear what kind of metric the SGE uses. Xu subtracts recycled gold from SGE withdrawals to measure consumer demand, which equals newly added gold (import + mine = 1968t) to the private holdings of Chinese citizens. Confirming the Chinese gold market with the SGE at its core, is designed by the PBOC to track the quality and quantity of gold held in non-government reserves.

By flipping the variables in the formula I was able to estimate Chinese import in 2013 (SGE withdrawals - mine - scrap = import) by an error margin of only 2.6 %. Year to date SGE withdrawals account for 1425 tonnes, of which I estimate 855 tonnes was imported. Western media are still focusing on the amount of gold Hong Kong net exports to China, which is dropping like a brick, as a proxy for Chinese imports. However, this data has dramatically lost its significance as China has openly announced it imports more gold directly into cities like Shanghai and Beijing. This was clearly communicated, see the next video from 1:14.

The Shanghai Customs department published a press release September 19 on their website saying they imported 48 batches of gold in the first eight months of this year worth $15 billion dollars, which roughly translates to 380 tonnes. Unfortunately the article does not say where this gold came from, but it very well supports the fact China continues to import large amounts of bullion, which can be seen by strong SGE withdrawal data. in September import has increased 30 % m/m. 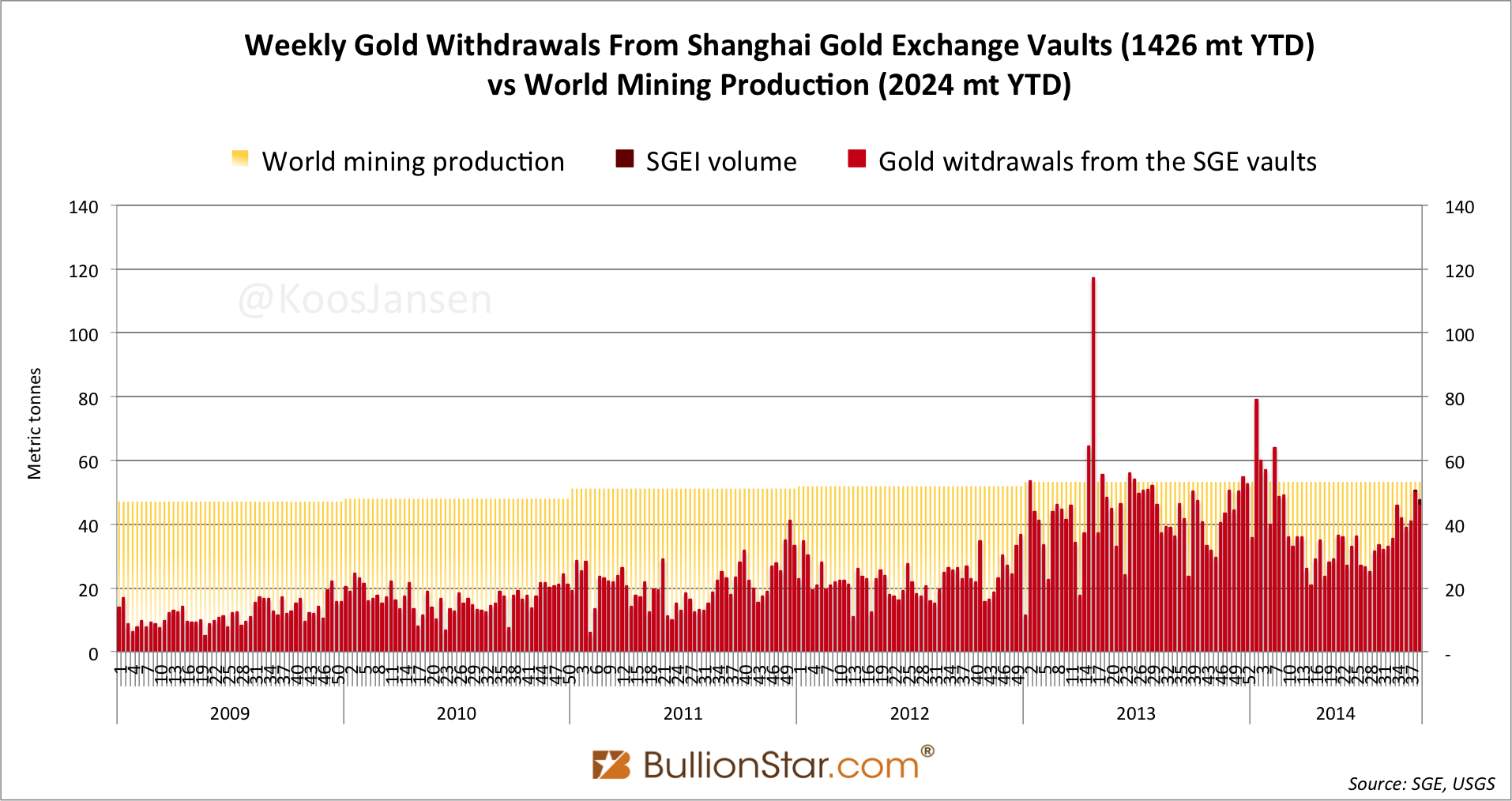 The strange thing is, there were many industry professionals and journalists in the room when Xu spoke at the LBMA forum (click for the delegate list), but only one of them rushed to his laptop during the break to share the content of Xu's speech, paramount information. He sent me an email that I immediately published for the whole world to read. This person was my friend and CEO of BullionStar, Torgny Persson.

However, there still hasn't been a single mainstream news outlet that has covered the immense discrepancy between the Chinese demand numbers from the WGC and the SGE. I would like to express my deepest concern about how the mainstream media is covering the (Chinese) gold market. Xu stated, at the most prominent precious metals forum in the world, Chinese gold demand reached 2,000 tonnes. How could the press have missed this? By the way, later on in his speech he repeated it twice!

Earlier, I have reported on the data that physical gold consumption in China’s gold market has, in effect, reached more than 2,000 tonnes last year.  All of you here are experts in this industry and are very clear about the percentage accounted for by these 2,000 tonnes of physical gold in the global market.

The first publication I posted about what Torgny emailed me from the LBMA forum can be found here. In the comment section underneath there is a conversation with Bron Suchecki who also listened to Xu's speech, however, he (and one other journalist) couldn't recall Xu saying Chinese demand hit 2,000 tonnes. Fortunately we have it in black and white now; Xu said it three times and other SGE officials have made the same statements.

I would recommend everyone to read the entire speech from Xu (here). 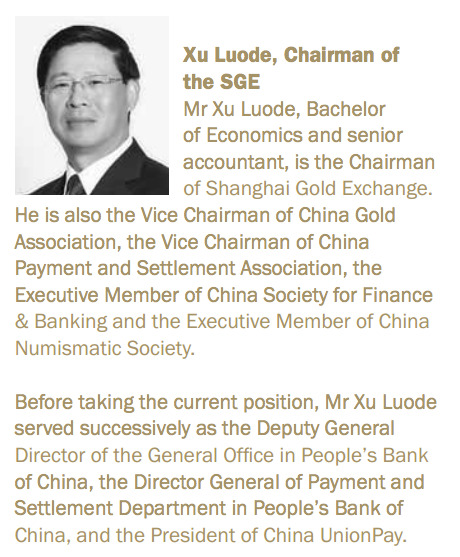